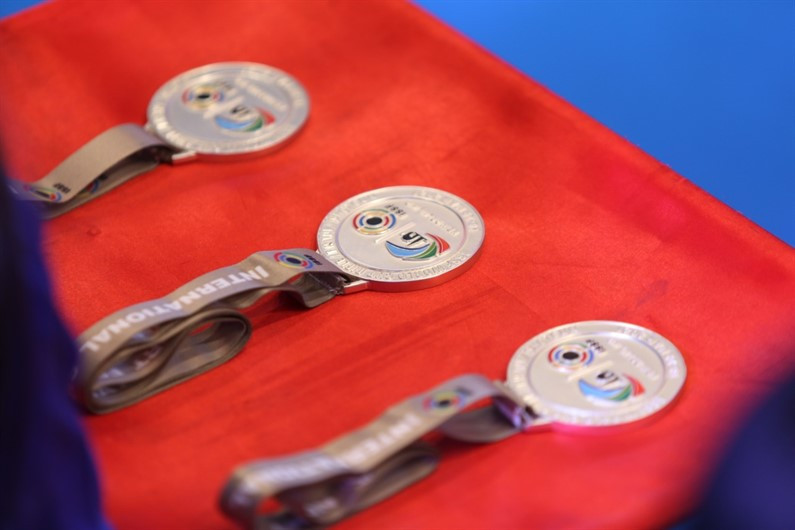 Hosts India earned three of the four gold medals on offer today at the International Shooting Sport Federation World Cup in New Delhi, including in both the mixed team events which are due to be introduced at this summer’s Tokyo 2020 Olympic Games.

Third place went to Mary Carolynn Tucker and Lucas Kozeniesky of the United States - a third medal for each in this World Cup.

"I think the more events we have, the better," Koeniesky told ISSF.

"Having additional opportunities out there is good for the athletes and allows the spectators to be engaged in another way through these new team events!"

India also won gold in the 10m Air Pistol Mixed Teams through Manu Bhaker and Chaudhary Saurabh, who defeated Golnoush Sebghatollahi and Javad Foroughi of Iran in a tight match.

Third place was taken by another pairing from India - Yashaswini Singh Deswal and Abhishek Verma.

The final gold of the day for the hosts came in the men's Skeet Team event through Gurjoat Khangura, Mairaj Ahmad Khan and Angad Vir Singh Bajwa.

This followed on from the bronze the trio won at the recent World Cup in Egypt.

Kazakhstan took the other gold on offer today in the women's Skeet Team event as Zoya Kravchenko, Rinata Nassyrova and Olga Panarina prevented a home clean sweep on the day by defeating the trio of Parinaaz Dhaliwal, Karttiki Singh Shaktawat and Ganemat Sekhon.

The competition, which is due to conclude on March 29, continues tomorrow with the Skeet Mixed Team event which is included in the Paris 2024 Olympic Games programme.