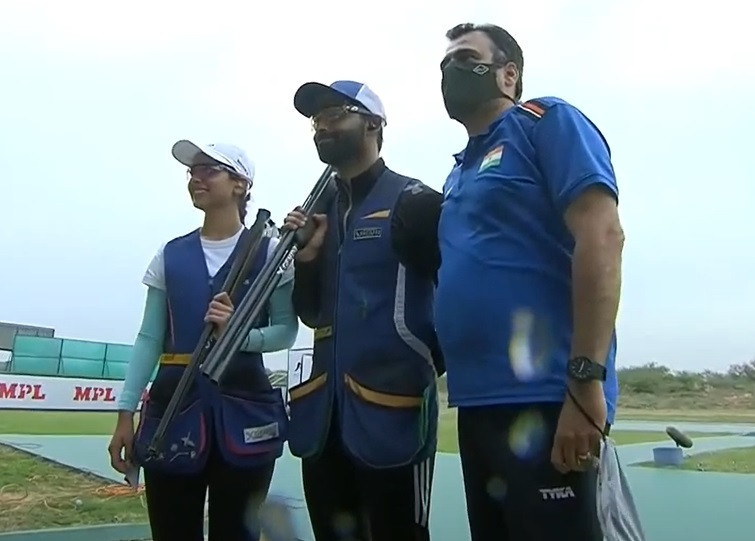 India continued their dominance in the mixed team events by winning the skeet final at the International Shooting Sport Federation (ISSF) World Cup in New Delhi.

It was Bajwa’s second gold in as many days after winning the men's skeet team event yesterday.

Sekhon has now won a medal of every colour having won bronze in the women’s individual skeet contest and silver in the women’s skeet team competition.

India almost grabbed another medal in the skeet mixed team event only to lose to Qatar in the bronze medal match.

Mairaj Ahmad Khan and Parinaaz Dhaliwa were edged out by Qatari pair Rashid Hamad and Reem Al Sharshan 32-31 in a nerve-wracking contest.

Mixed team events are due to be introduced at this year’s Tokyo 2020 Olympic Games.

India increased their lead at the top of the medal table at the ISSF World Cup with seven gold, three silver and four bronze medals.

The United States were unable to add to their tally as they remain in second on four medals including two golds.

Action is due to continue tomorrow with the men’s and women’s rifle 3 positions team finals as well as the final of the women’s 25m pistol team contest.