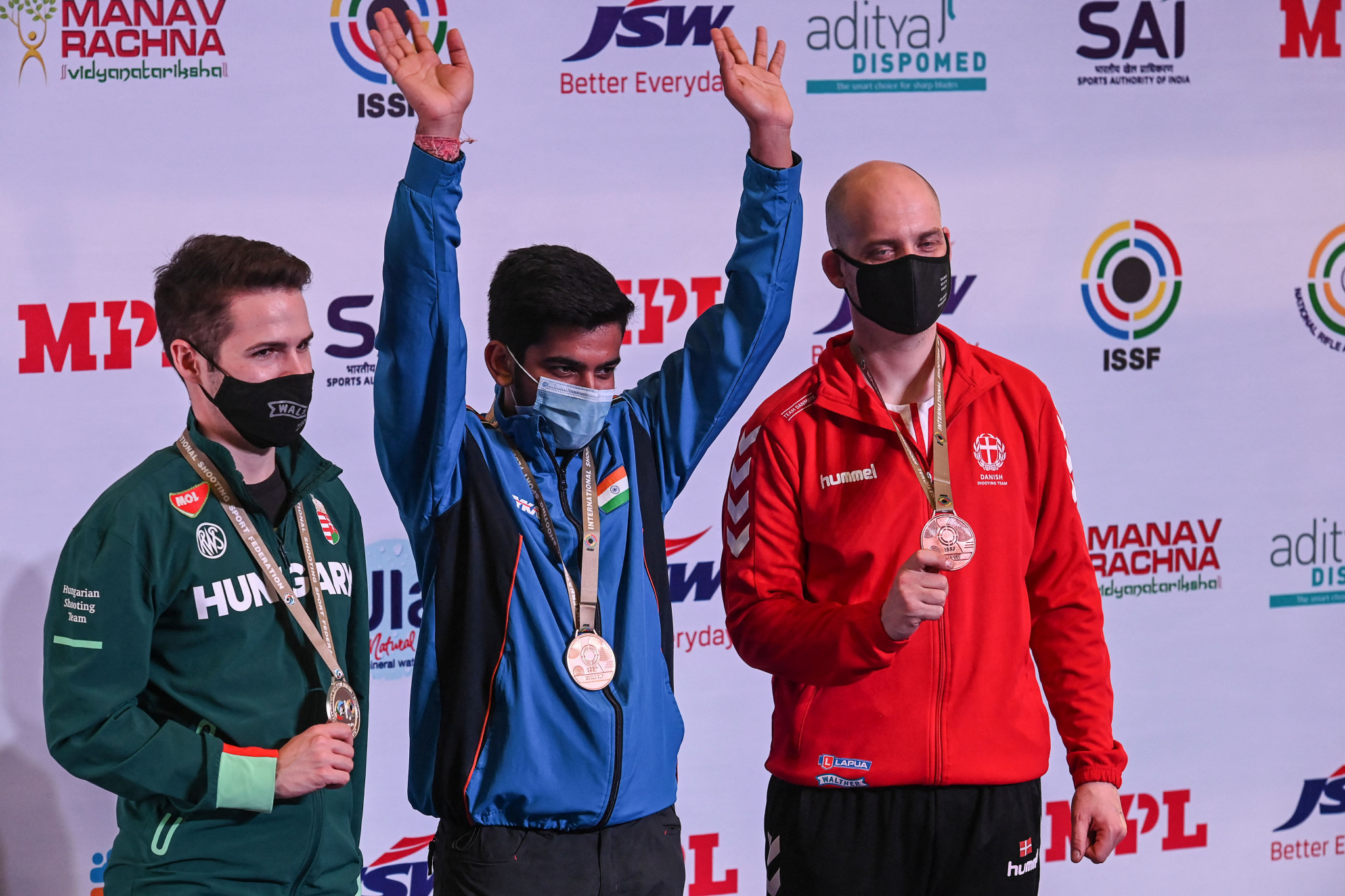 In the women's 50m rifle 3 positions final, Slovenia's Ziva Dvorsak was a comfortable winner ahead of Switzerland's Nina Christen, finishing with a total of 457.1 to Christen's 455.1.

Finally, in the women's 25m pistol, India mounted a clean sweep of the podium, with Chinki Yadav of India claiming gold in a shoot-off.

Yadav and compatriot Rahi Sarnobat both hit 32 targets, leading to a shoot-off, which the former won by four shots to three.

Manu Bhaker completed the all-Indian podium with a total of 28, far ahead of the next-nearest challenger, Latvia's Agate Rasmane on 20.