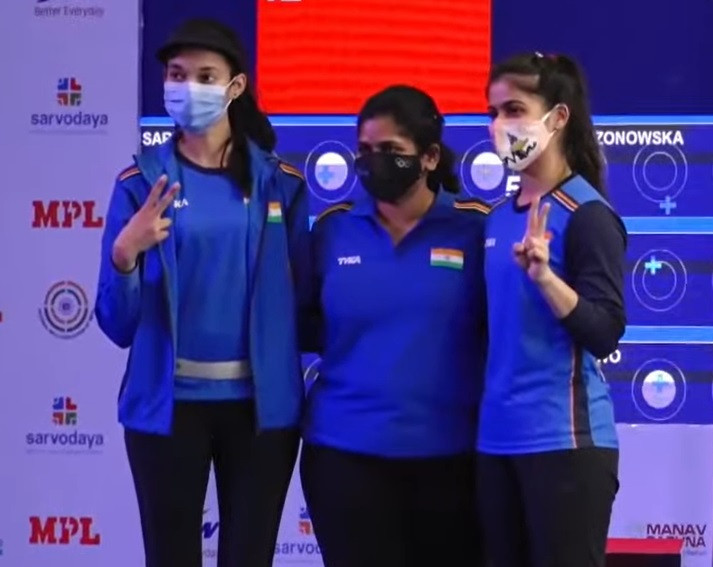 India claimed their 10th gold and Poland bagged their first as the two nations battled it out in back-to-back finals at the International Shooting Sport Federation World Cup in New Delhi.

The hosts extended their lead at the top of the medal table thanks to a comprehensive victory in the women’s team 25-metre pistol final.

The Indian trio took the top three spots in yesterday’s individual event, won by Yadav ahead of Sarnobat and Bhaker.

Today’s victory for India made amends for their defeat to Poland in the women’s team 50m rifle 3 positions final earlier in the day.

The trio came from behind to beat Hungary’s Lalita Gaspar, Eszter Denes and Lea Horvath 47-43.

India and the United States are set to meet in tomorrow’s men’s team 50m rifle 3 positions final after coming through qualifying.

The finals of the mixed team 50m rifle 3 position, men’s 25m rapid fire, women’s trap and men’s trap are also due to be held tomorrow.

India top the medal standings with 10 gold, six silver and five bronze ahead of the US, who have claimed six medals including three golds.