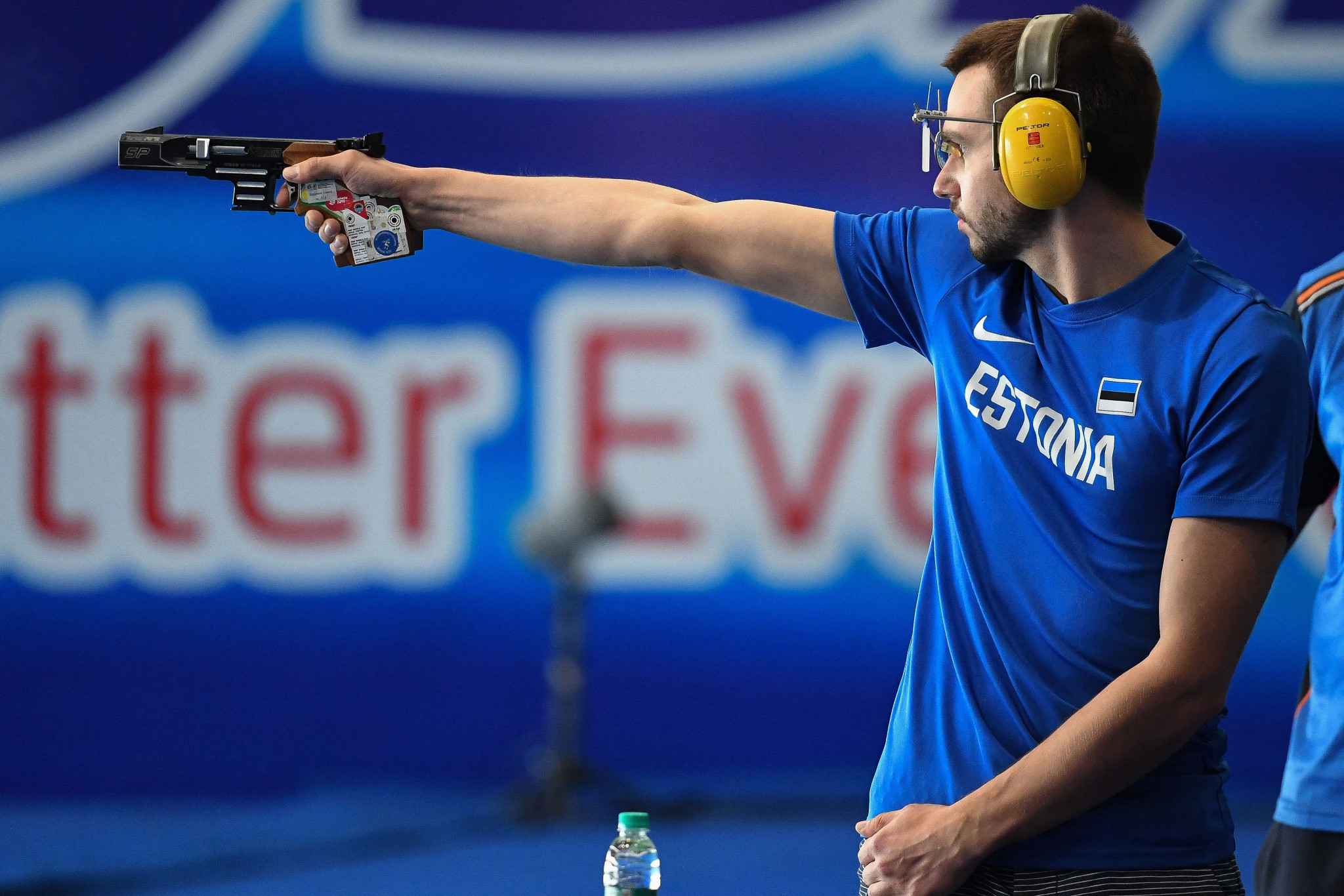 Olesk, a two-time European medallist, appeared on course for victory in the final but missed two of the final five targets in the last round.

India’s Vijayveer Sidhu took advantage to force the contest into a shoot-off, with both finishing the elimination stage with a score of 26.

Olesk held his nerve in the shoot-off to win 4-1 and claim top spot on the podium, forcing Sindhu to settle for second.

Poland’s Oskar Miliwek was third after hitting 20 targets during the competition.

Sunidhi Chauhan and Aishwary Tomar won the bronze medal match 31-15 against Timothy Sherry and Virginia Thrasher of the United States.

The men’s team 50m rifle 3 positions event ended in an equally dominant win for India, as Swapnil Kusale, Chain Singh and Niraj Kumar won 47-25 against the US team of Sherry, Nickolaus Mowrer and Patrick Sunderland.

Slovakia’s Zuzana Rehak Stefeckova triumphed in a shoot-off in the women’s trap final, after tying with Poland’s Sandra Bernal on 42 targets struck.

Stefeckova won the shoot-off 5-4 to top the podium.

Italy’s Fiammetta Rossi completed the podium positions, after she was eliminated in third place on a score of 32 points.

The men’s final saw Italy’s Daniele Resca secure gold with 46 targets struck out of a possible 50.