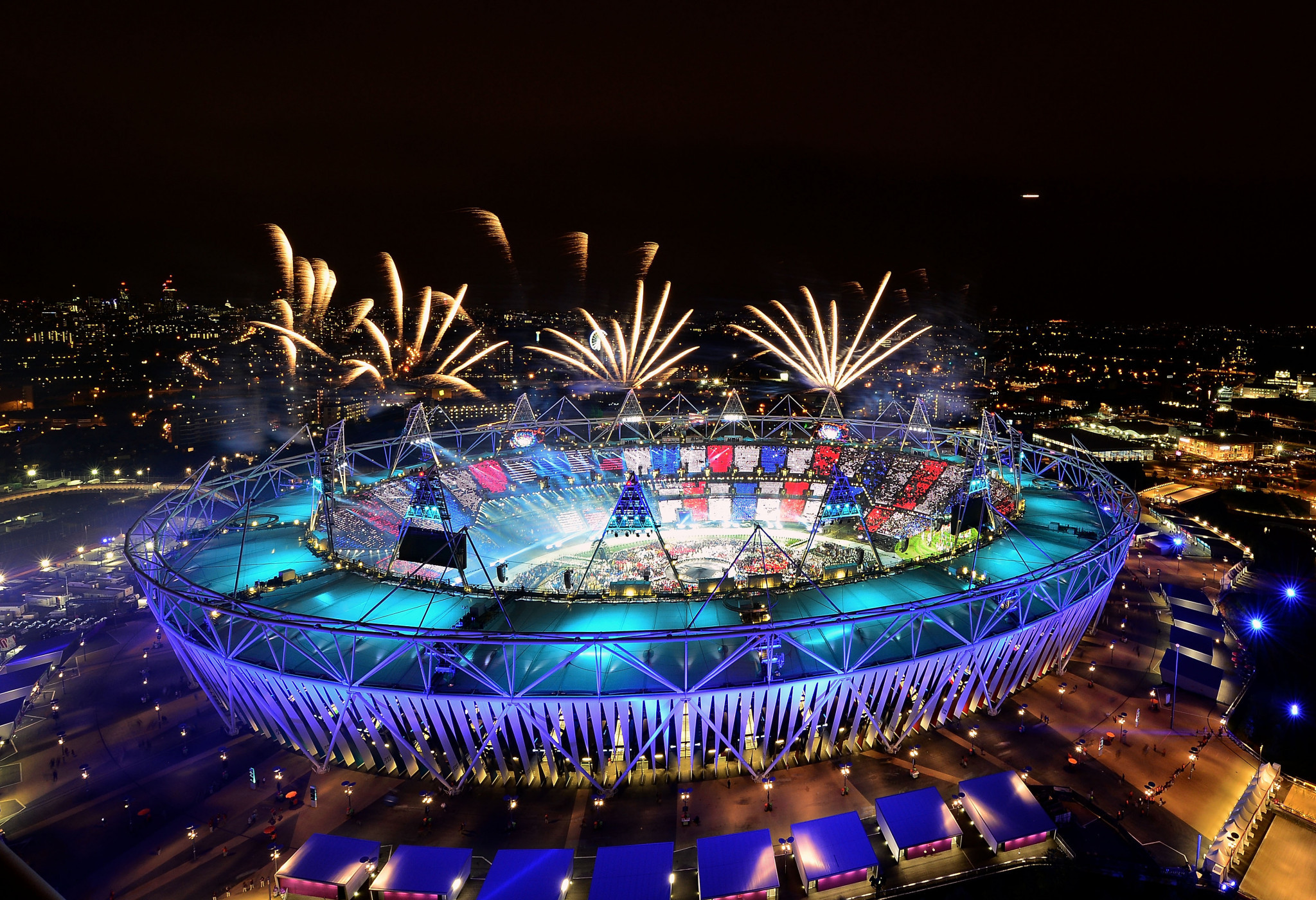 The London 2012 Opening Ceremony has been declared the "most viewed" on social media platforms in a new survey which lists the top 15 since the 1988 Summer Games in Seoul.

Researchers found that the British capital's curtain raiser had been viewed 14,336,691 times on YouTube, almost three times as many as Beijing 2008.

The survey, commissioned by Compare.bet, said that "fans were immensely impressed when 'The Queen' jumped out of the plane with James Bond".

In a pre-filmed sequence which came as a great surprise to television viewers and fans in the stadium, James Bond actor Daniel Craig appeared with Queen Elizabeth II at Buckingham Palace before the pair apparently boarded a red, white and blue helicopter.

Parachutist Gary Connery jumped out over the stadium wearing an identical dress to The Queen, who then appeared precisely on cue in the Royal Box.

The ceremony also featured a tribute to the National Health Service and a parody of the opening sequence of Oscar winning film Chariots of Fire, featuring Mr Bean actor Rowan Atkinson.

It included ancient Chinese calligraphy, a performance by pianist Lang Lang, the official song You and Me by Sarah Brightman and gymnast Li Ning flying on a trapeze to light the cauldron.

The Brazilian Opening Ceremony had a strong environmental message and the cauldron was deliberately made smaller, incorporating a kinetic sculpture which responded to the movement of the wind.

The ceremony for the Vancouver 2010 Winter Games ended in fourth with 1,923,892 views, despite the presence of ice hockey's "Great One" Wayne Gretsky as part of a team of Canadian legends who lit the Flame.

Somewhat surprisingly, the Pyeongchang 2018 Opening Ceremony only attracted 466,230 views which left it in eighth place overall.

The event included a joint march by hosts South Korea and North Korea, as well as Torchbearers from both nations.

This was despite the Spanish city laying on arguably the most spectacular finale when archer Antonio Rebollo fired an arrow to ignite the Flame.

Researchers also noted that although London received 104,387 YouTube likes, there were also 2,251 "dislikes".

The latter number was equalled only by Rio.

The Winter Games ceremonies for Calgary 1988 and Albertville 1992 were not included in the ranking because there was insufficient footage available on YouTube.