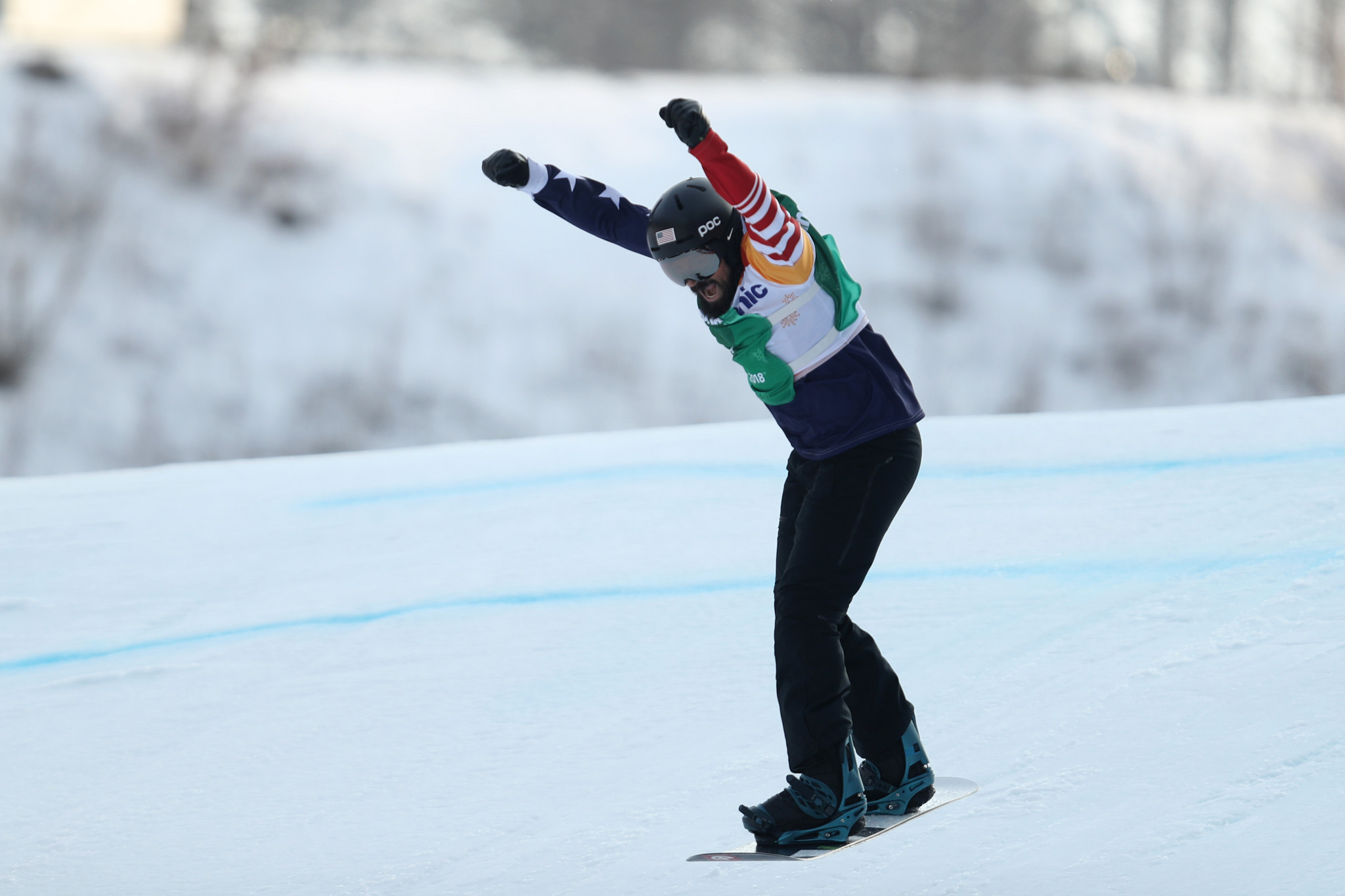 The Dutch star, who claimed her first Paralympic gold at Sochi 2014 before adding two more at Pyeongchang 2018, died on March 29 at the age of 48 following a long-term battle with cancer.

Riders of all nationalities, coaches and team staff lined up along the snowboard- ross course in Italian resort Colere for a moving tribute to Mentel-Spee.

Gabel swept to victory in yesterday’s men’s SB-LL2 final before backing it up with another win to cap an emotional week.

"Losing Bibian this week was really tough for me," said Gabel who finished ahead of Japan’s Keiji Okamato and teammate Joe Pleban to clinch gold today.

"We grew close over the years and I consider her and [husband] Edwin two of my dearest friends.

"To me it almost felt like she was waiting for us all to be together to finally let go and some ways having everyone together made it a little easier.

"Before the race started, I went and took a few minutes by myself and just said a little prayer to her, thanking her for her tireless efforts for our sport and asked her to look over all the riders and keep us safe.

"I’d like to dedicate my win to her as I personally know how hard she worked for the athletes.

"My goal is to continue that legacy and advocate for the athletes and the sport as a whole.

"I want to help this thing we call Para snowboarding be around long after I’m gone."

France’s Cecile Hernandez also paid tribute to Mentel-Spee after she defeated America’s Brenna Huckaby and Lisa Bunschoten of the Netherlands to win the women’s SB-LL2 event for the second successive day.

"She made lot of things for our sport.

"I shared my first podium with her in Sochi.

"I will never forget that.

"She was an incredible and amazing woman."

Canada’s Tyler Turner came out on top in the men’s SB-LL1 final as US rider Noah Elliott, who won yesterday’s race, came second and Chris Vos of the Netherlands secured bronze.

In the women’s SB-UL race, Poland’s Monika Kotzian made it two wins from two as Spain’s Irati Idiakez Lopez had to settle for second again.