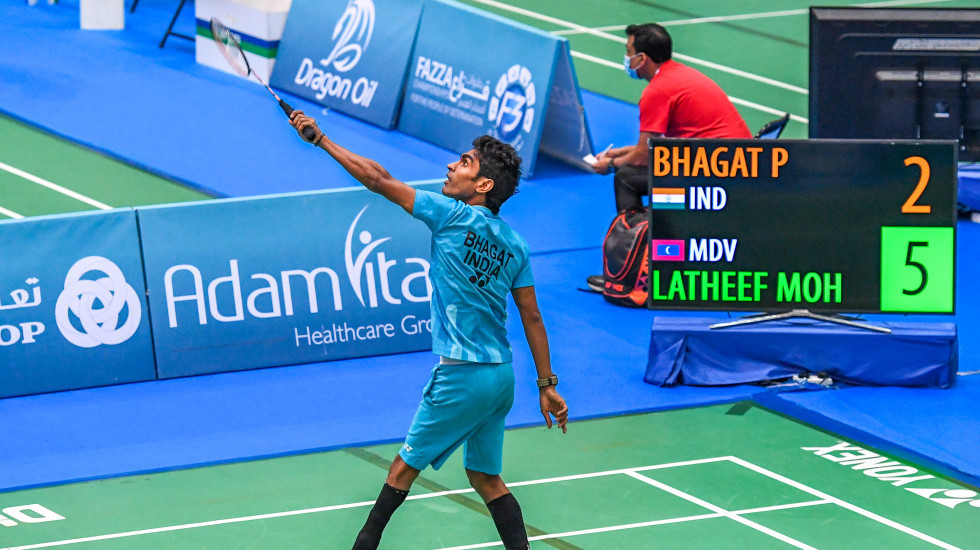 A total of 15 finals will be played tomorrow after the final ties were confirmed today at the 2021 Dubai Para Badminton International at the Shabab Al Ahli Dubai Club in the United Arab Emirates.

There will be an all-Swiss final in the women's singles WH1 after Karin Suter-Erath and Cynthia Mathez won their respective matches.

Germany's Rick Cornell Hellmann is through to the final of the men's singles WH2 following a convincing 21-8, 21-16 victory over Marc Elmer of Switzerland.

His final opponent is Malaysia's Noor Azwan Noorlan who came from a game down to win 8-21, 21-19, 21-17 against Swiss player Luca Olgiati.

In the SH6 singles - a category for both men and women - India's Krishna Nagar made it through to the final after a 21-14, 21-18 win over France's Charles Noakes and now plays Malaysia's Didin Taresoh in the final after his 21-9, 21-16 victory over Russian Alexander Mekhdiev.

India's Manasi Joshi made the final of the women's singles SL3 after a triumphant win over her compatriot Charanjeet Kaur 21-12, 21-6, and so did Ukraine's Oksana Kozyna following a 21-11, 22-20 win over India's Parul Parmer.

A brilliant performance by our #ParaShuttlers 🏸at the semifinals of the Dubai #ParaBadminton International 2021.
A total of 13 Shuttlers have entered the Finals with #6 in Singles & #7 in Doubles event.
Many congratulations to all 👏👏👏
Keep up the good work! #IndianSports pic.twitter.com/Po55ZCMqmk

In the men's singles SU5, Indonesia's Dheva Anrimusthi defeated Bartlomiej Mroz 21-14, 21-11 to make the final where he will play Cheah Liek Hou of Malaysia after his 21-18, 21-16 win over Indonesian Suryo Nugroho.

France's Lucas Mazur is through to the final of the men's singles SL4 after a 21-13, 21-5 win over Russian Pavel Kulikov and now plays Sukant Kadam of India who defeated German Marcel Adam 21-11, 21-11 in his semi-final.

Finally, Dutch player Megan Hollander is through to the final of the women's singles SU5 after a 21-19, 21-11 win over Ukraine's Ivanna Redka.