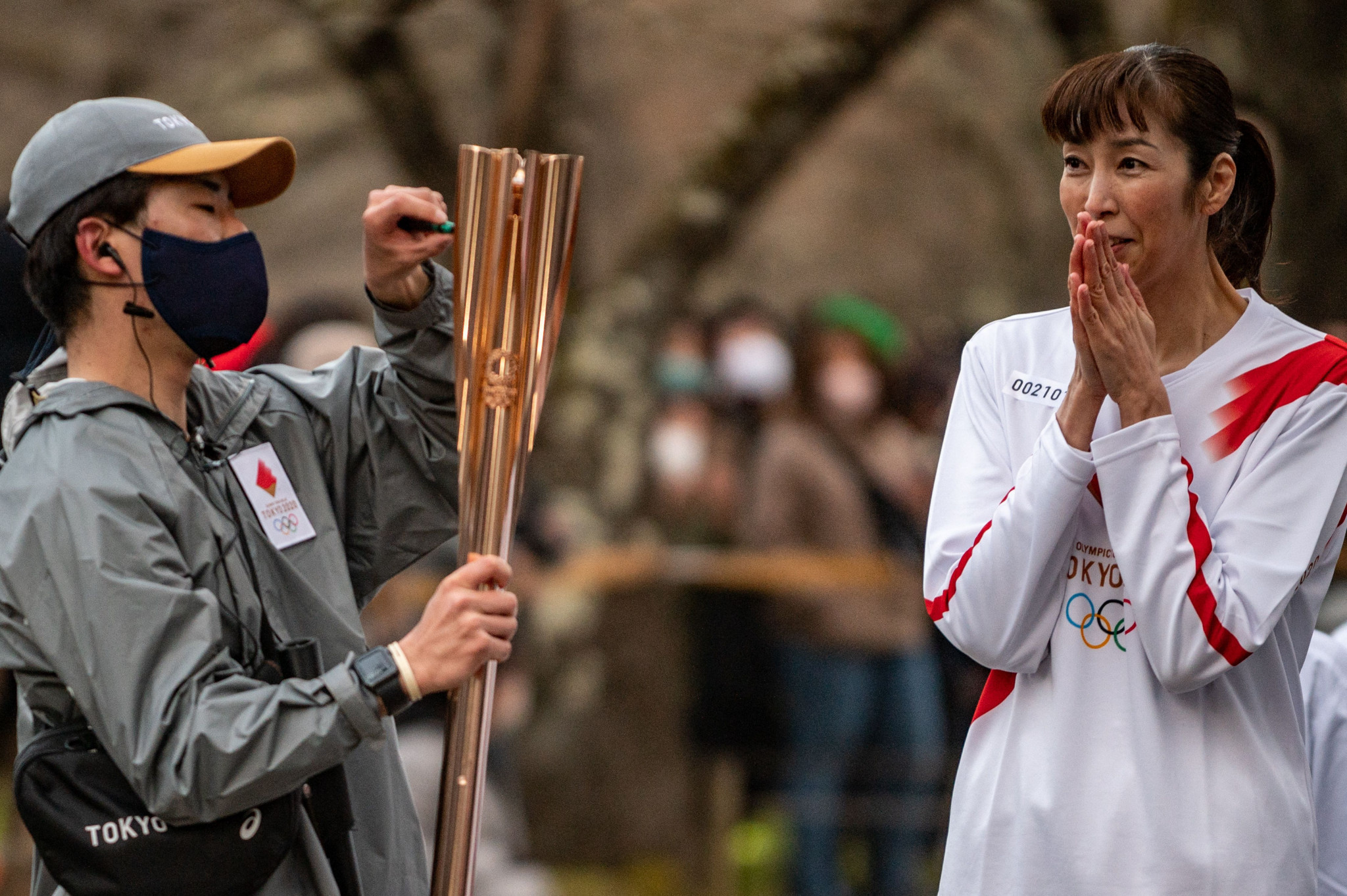 Tokyo 2020 organisers have agreed to allow women to participate in an upcoming leg of the Olympic Torch Relay after facing criticism over permitting only men to board a traditional boat as part of the celebrations in Handa.

The Olympic Flame is scheduled to arrive in Japanese prefecture Aichi on Tuesday (April 6) where it had originally been decided that only men would be allowed to ride the decorated boat after organisers accepted a request from the Handa Municipal Government.

Women are traditionally forbidden from riding the "Chintoro" boat, which forms part of a local festival dating back to the Edo Era that ran from 1603 to 1868 and is set to be used to carry Olympic Torchbearers.

The 200-metre section of the course across the city’s Handa Canal was set to be limited to men only, but the move faced criticism.

"Although it's important to protect traditional culture, it's not in-keeping with the Olympics," said a member of the Task Force in a report by Mainichi Shimbun.

"We reviewed it so that it could take a form which the public could appreciate."

It was agreed that the Olympic Torch Relay would be treated as an "event" and would be separate from the festival.

Tokyo 2020 President Seiko Hashimoto said: "I understand (the city) took into account the importance of gender equality, the aim of the Games while preserving the wonderful traditional culture of Japan."

Hashimoto replaced Yoshirō Mori as head of the Organising Committee in January after he quit following derogatory comments he made about women.

Mori sparked controversy after claiming Board meetings involving women often overrun because they talk too much.

In March, Hiroshi Sasaki then resigned as executive creative director for the Tokyo 2020 Ceremonies after he proposed comedian and plus-size fashion icon Naomi Watanabe dress up as a pig for a section of the Olympic Games Opening Ceremony.

The Olympic Flame began its 121 day journey across Japan on March 25 and was scheduled to go through the Osaka Prefecture on April 13 and 14.

The leg is set to be cancelled after the Japanese Government agreed to impose new COVID-19 restrictions in Osaka, Hyogo and Miyagi from April 5 to May 5.

But an official decision has yet to be made by organisers who are expected to hold a meeting early next week before making the call.

"We will have thorough discussions with local officials about how the Relay should be held so we can make an announcement quickly," said Hashimoto in a report by Kyodo News.

Osaka Governor Hirofumi Yoshimura called for the event to be scrapped in the city amid concerns over rising coronavirus cases.

"I personally think the Torch Relay in Osaka city should be cancelled," said Yoshimura in a report by Reuters.

"We'd like to start discussions with Osaka city and Tokyo 2020."