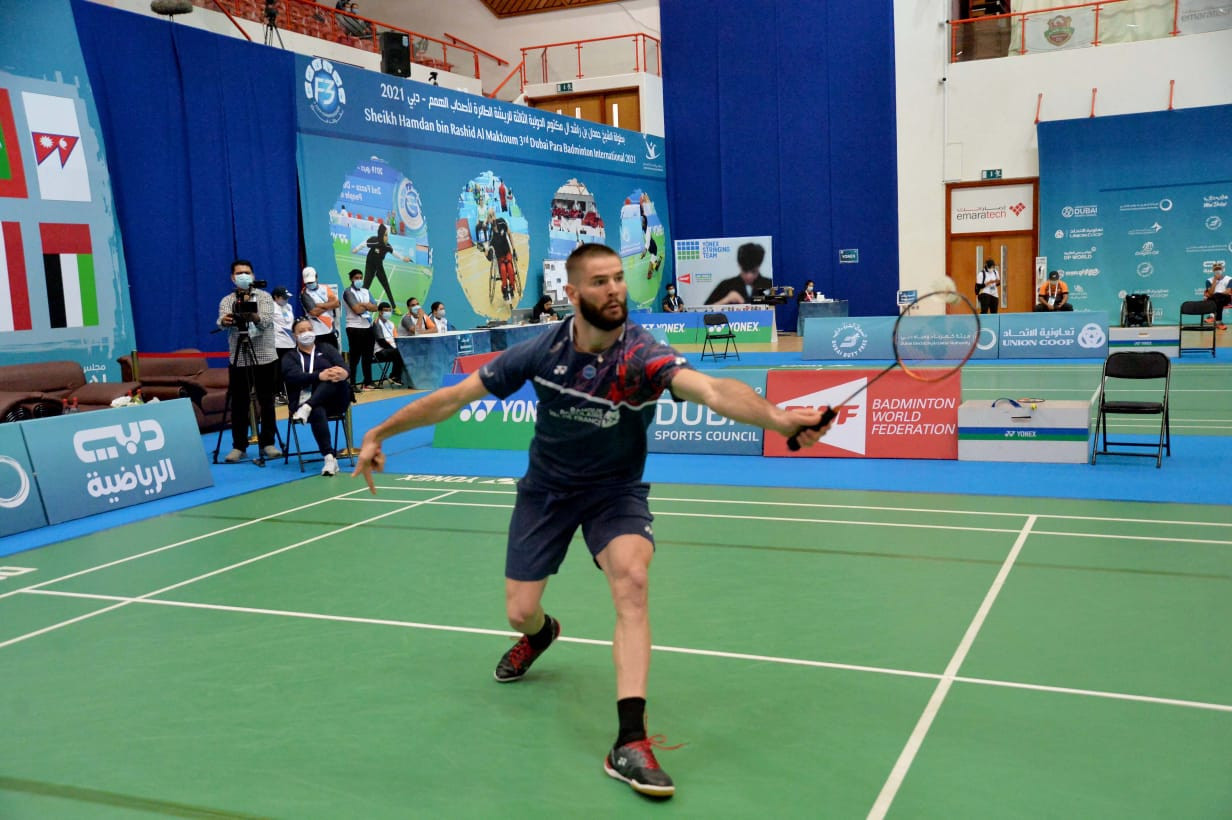 In the standing disciplines, the men’s singles SU5 final was responsible for one of two contests to pass the hour mark.

In the men’s singles SL4, Mazur claimed the second of his three titles on the day by overcoming Sukant Kadam of India 21-15, 21-6.

The men’s singles SL3 final was an all Indian affair with Pramod Bhagat running out a narrow 21-17, 21-18 winner over Kumar Nitesh.

In the women’s singles standing discipline, the SL3 category went to Oksana Kozyna of Ukraine who beat India’s Manasi Joshi 21-10, 21-17 in the final.

In the combined men’s and women’s singles SH6 category, the win went to Nagar Krishna of India who beat Malaysia’s Didin Taresoh 21-17, 21-18.

In the doubles standing disciplines, the men’s SL3 and SL4 category saw the two singles finalists on opposite sides of the net again.

Men’s SU5 champion Mazur and women’s SL3-SU5 runner-up Noel combined for France in the mixed doubles SL3-SU5 category and edged an entertaining final 21-12, 19-21, 21-19 against Hary Susanto and Leani Ratri Oktila of Indonesia, giving Mazur the first of three titles he won on the day.

Five finals took place in the wheelchair disciplines, with the men’s singles WH2 category going to Noor Azwan Noorlan of Malaysia who came from a game down to beat Rick Cornell Hellmann 18-21, 21-18, 21-12.

In the women’s singles WH1 category Karin Suter-Erath triumphed in an all Switzerland match-up against compatriot Cynthia Matez 21-16, 21-19.

In the doubles categories, the men’s WH1 and WH2 saw more success for France with Thomas Jakobs and David Toupe winning 21-19, 23-21 against India’s Prem Kumar Ale and Abu Hubaida.

After finishing as a runner-up in the men’s doubles, Kumar Ale was on the winning side in the mixed WH1 and WH2, combining with Russia’s Tatiana Gureeva as they beat Swiss pairing Suter-Erath, the singles champion and Luca Olgiati 21-11, 21-18.

In second place were France with eight medals with Malaysia third with seven medals.