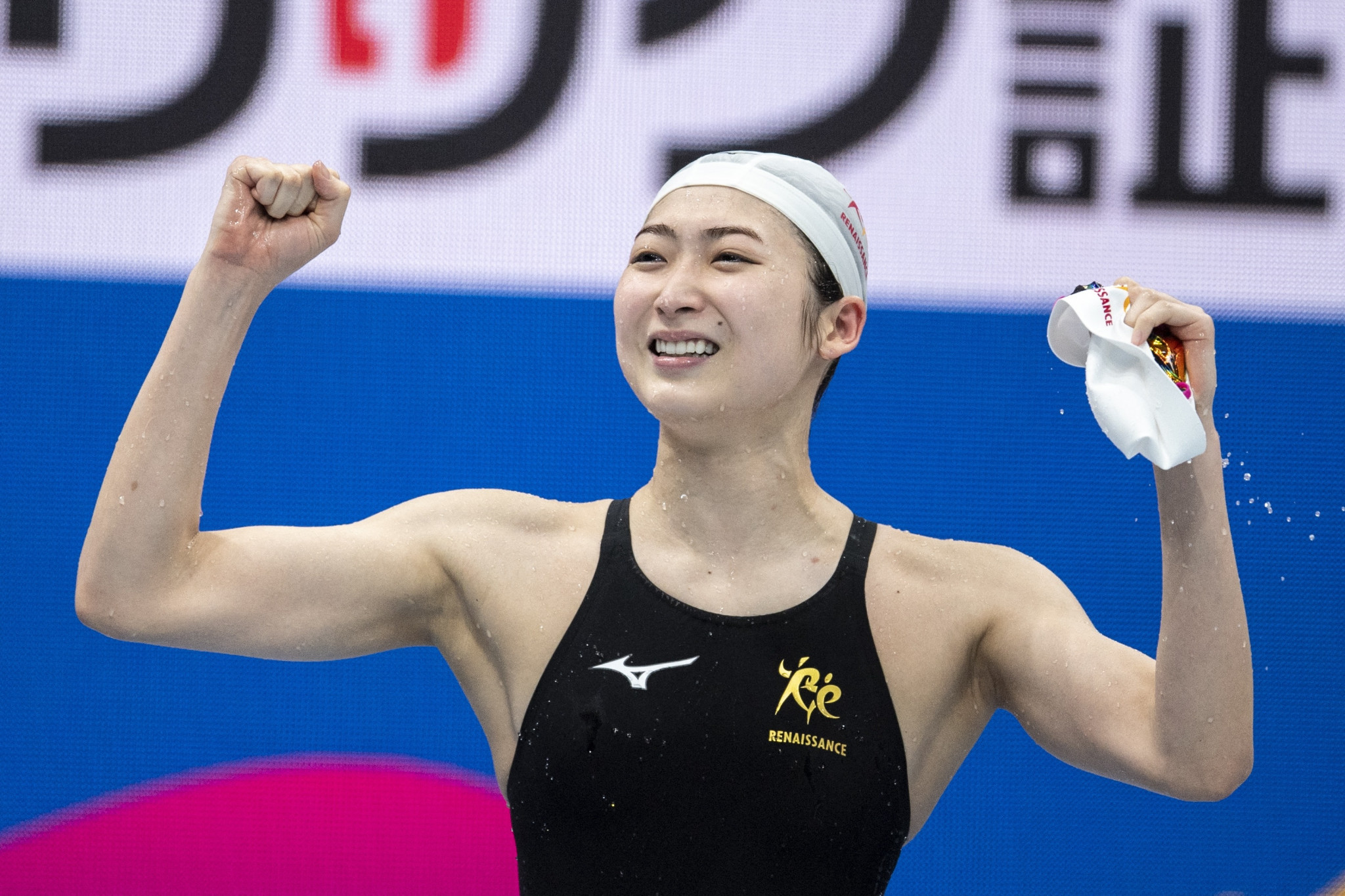 Rikako Ikee has qualified for Japan's 4x100 metres medley relay team at the Tokyo 2020 Olympics, two years after being diagnosed with leukaemia.

Ikee announced her diagnosis in February 2019 and was discharged from hospital in December of that year.

She returned to swimming last August, with the 20-year-old earning a place in Japan's Olympic trials in January.

Before her illness, Ikee was considered as a poster athlete for hosts Japan leading up to Tokyo 2020, following her six gold medals at the 2018 Asian Games in Jakarta-Palembang.

She gave an emotional speech as part of the one-year-to-go countdown for the rescheduled opening of the Tokyo 2020 Olympic Games, following the delay caused by coronavirus.

Her story of returning to training after her cancer recovery was told through a message of hope, and she asked viewers to be positive about the postponement of the Games.

"Olympians never give up," Bach said.

"Congratulations to cancer survivor Rikako Ikee for qualifying for the Tokyo Olympics only two years after being diagnosed with leukemia.

Ikee won the women's 100m butterfly event at the trials yesterday (April 4), which were held at the Tokyo Aquatics Centre.

Her time of 57.77 seconds was not enough to secure a place in the individual event at the Games.

“Olympians never give up. Congratulations to cancer survivor Rikako Ikee for qualifying for the Tokyo Olympics only two years after being diagnosed with leukemia. Can't wait to see you in Tokyo” @rikakoikee - IOC President Thomas Bach #Tokyo2020 pic.twitter.com/fdLVRejbjG

The effort met the Games qualifying time of 57.92 for the 4x100 medley relay team, however.

"I can't begin to describe how happy I felt," Ikee said, according to the Olympic Channel.

"At that moment, I remembered everything I had to go through to get here.

"And I was absolutely spent, too.

"I was shocked, I couldn't make sense out of anything.

"I think it'll take a while for all this to sink in."

Ikee had previously said that competing at the Paris 2024 Olympic Games had been her target, following her recovery.