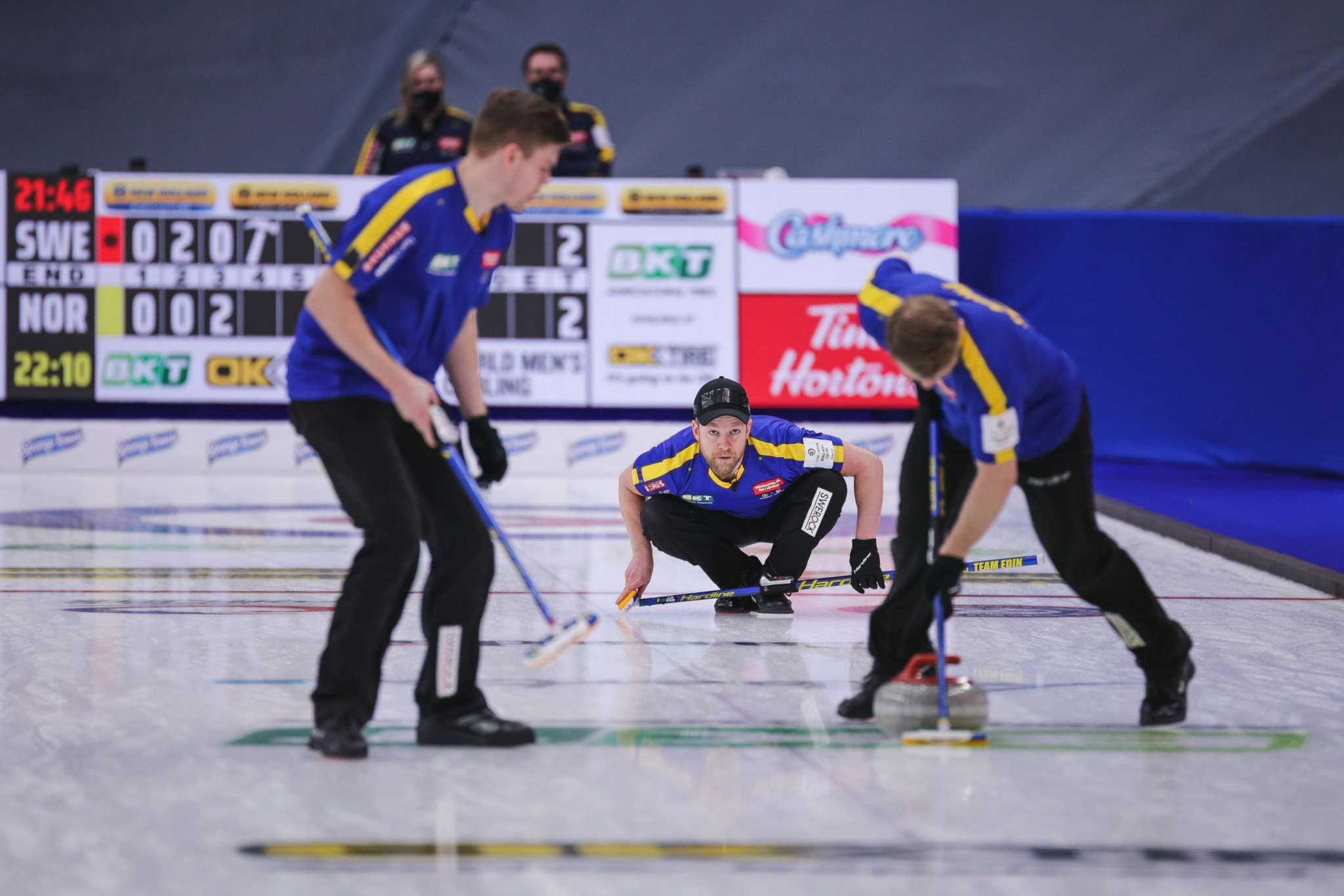 Defending champions Sweden claimed two important wins on day four of the World Men's Curling Championship, bouncing back from a difficult start to the competition at the Markin MacPhail Centre in Calgary.

Niklas Edin's team started the day against one of the in-form rinks in the tournament, Bruce Moaut's Scotland, and won 6-5 after an extra end.

Mouat took the game to another end after stealing for one point in the final end to level the score, but he could not stop Sweden in the 11th end, who had the hammer.

Edin's rink will be brimming with confidence at the halfway stage after also thumping Mads Nørgård's Denmark 9-1 in the late match.

The Danish side conceded in the seventh end and were heavily affected after Sweden scored four in the fifth.

Scotland recovered from their defeat to win 9-8 against Sixten Totzek's Germany, having scored two in the final end with the hammer.

This gave Germany their first win of the Championship, ending the five-match winning streak of Steffen Walstad's side.

Jeong Yeong-seok's South Korea shocked Brendan Bottcher's Canada 10-9 after a stunning start in their match against the hosts, one of the favourites.

How good is that for your first stone of a game 😲 Niklas Edin with a simply perfect run-back double take-out! 🇸🇪👏

After four ends, Jeong's team were winning 6-1, but they looked to have folded after Canada scored four in the eighth end and stole for two in the ninth to take a 9-8 lead.

Jeong would ensure his team took its second win on the bounce, however, by scoring two in the final end.

Joël Retornaz's Italy emerged victorious in a low-scoring 4-3 victory over Peter de Cruz's Switzerland, who is regarded as one of the favourites for the world title.

De Cruz would recover with a convincing 8-2 win over Sergey Glukhov's in-form Russian Curling Federation (RCF), who defeated Japan 10-5 in the early match.

Russia are playing neutrally due to the doping restrictions placed on the country.

Norway still sits top of the standings on a 5-1 record, with Switzerland, Sweden, Canada, the US, RCF and Scotland all on 5-2.