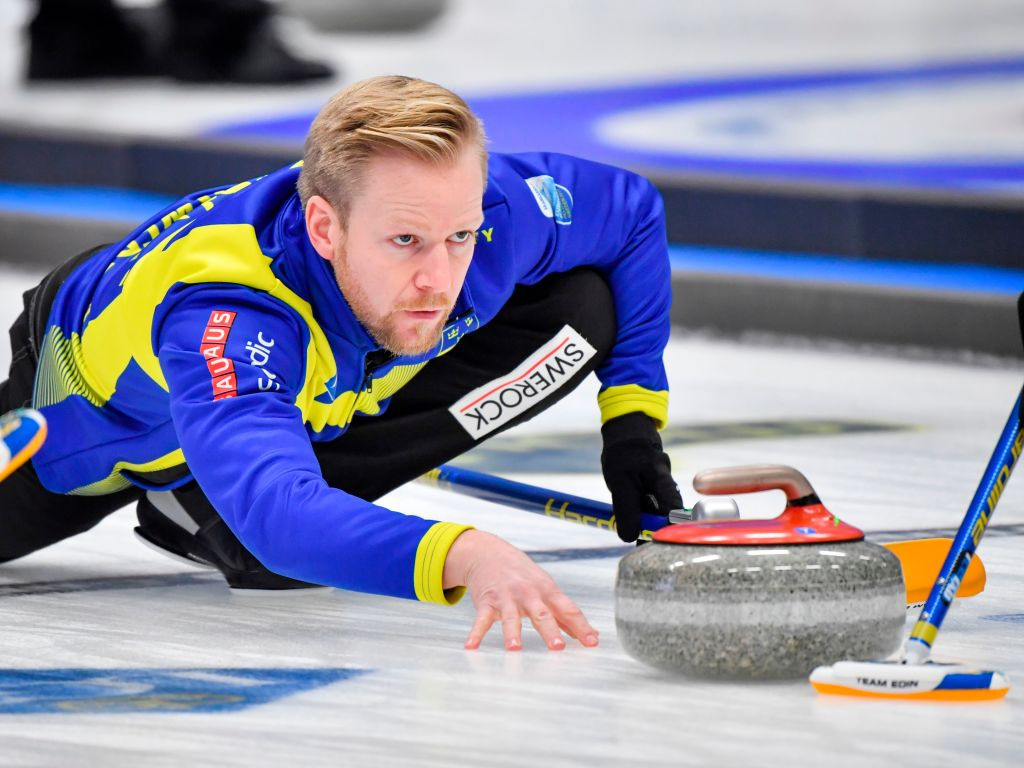 Holders Sweden beat Canada to become the first team to qualify for the playoffs at the World Men's Curling Championship in Calgary.

Niklas Edin's rink earned a 9-7 win over the hosts to ensure Sweden progressed to the next round of the tournament at WinSport Arena.

The victory also guaranteed Sweden a place in the men's curling event at the 2022 Winter Olympic Games in Beijing.

"It’s a big relief from our shoulders, now we can just focus on these worlds and try to win it," said Edin.

Sweden sit top of the standings after winning nine of their opening 11 matches.

The neutral Russian Curling Federation team are second on eight victories and two defeats after they overcame Canada 8-7 in their only game of the day.

Sweden is the first team to Q for the top six! 🇸🇪

The United States inflicted the first defeat of the tournament on Norway, who had led the standings before falling to a 6-5 defeat.

The US then beat Scotland 10-9 to maintain their pursuit of a top-six finish.

Scotland are third after they recovered from the loss to the US by defeating Italy 7-2.

The top six after the round-robin stage will qualify for the next round and will also secure their respective countries a quota place for Beijing 2022.

The first two will progress directly to the semi-finals, with the other four battling it out to join them in playoff matches.