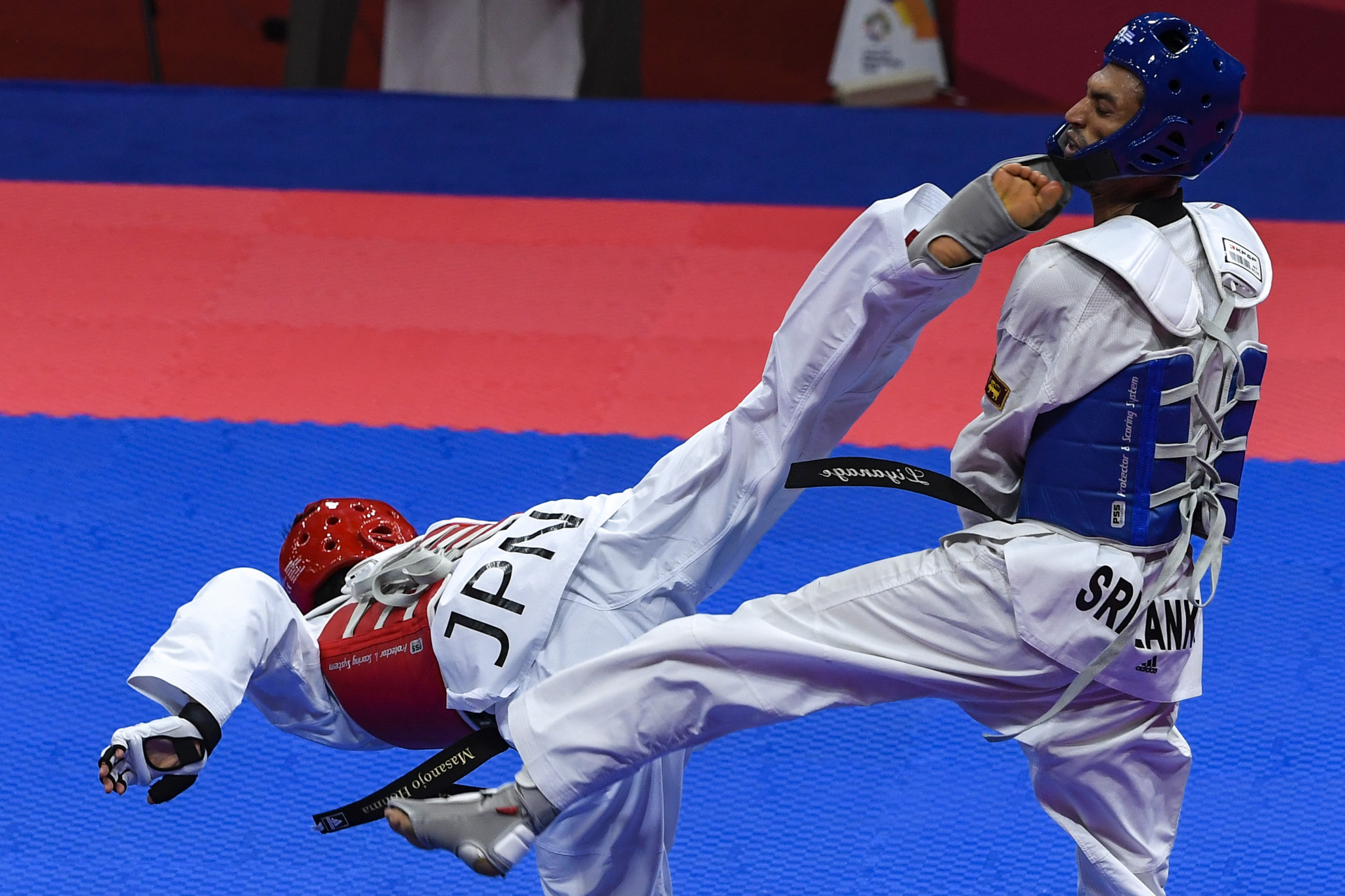 South Korea's Ambassador to Sri Lanka was a guest of honour at an event celebrating Sri Lankan taekwondo players who won medals at the 2019 South Asian Games.

A Sri Lankan Taekwondo Convention was organised by the nation's Minister of Youth Affairs and Sports, Namal Rajapaksa, and the Sri Lanka Taekwondo Federation both to honour this success and assess the country's taekwondo talent.

The event at the Grand Monarch Hotel in Thalawathugoda featured a taekwondo demonstration, dancing, speeches and the 2019 South Asian Games medallists being recognised.

Jeong Woon-jin, South Korea's Ambassador in Sri Lanka, pledged to support taekwondo's development in Sri Lanka and was among the dignitaries to meet Kanchana Jayaratne, President of the Sri Lanka Taekwondo Federation.

According to Sri Lankan website The Island, Rajapaksa thanked Jeong for South Korea's support and urged Sri Lanka's taekwondo stars to aim for Olympic success in the long run.

"To build future goals for sportsmen and women in Sri Lanka, we need to look beyond the South Asian Games to Asian and Olympics achievements," Rajapaksa said.

"The work plan should include the ultimate goal of winning medals at the Olympics Games."

Amman in Jordan is due to host the Asian qualification tournament for the Tokyo 2020 Olympics next month.