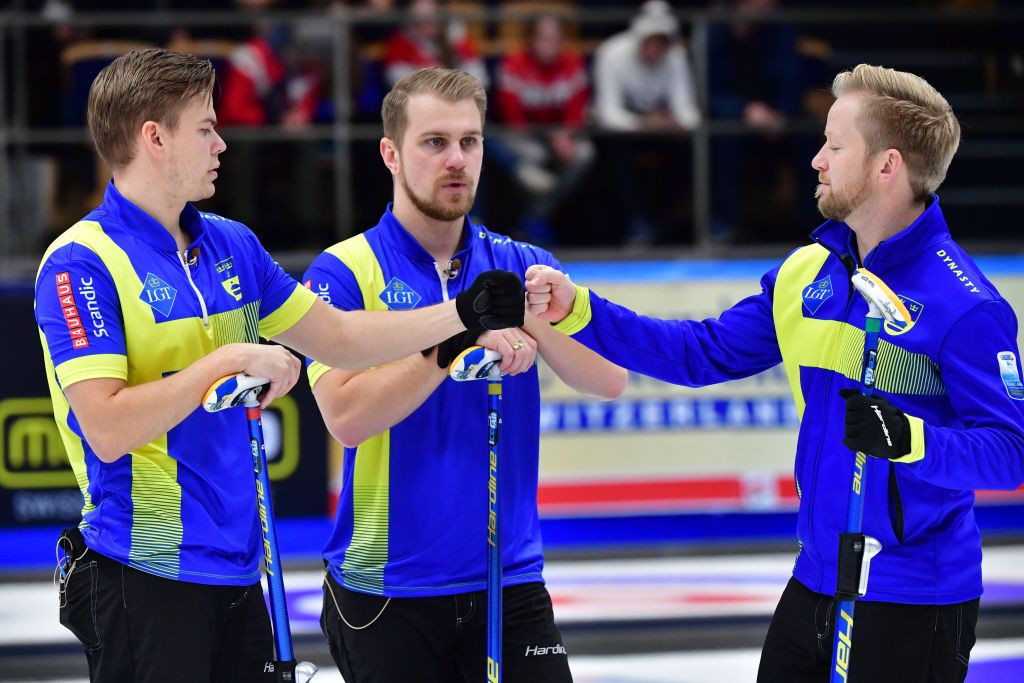 Holders Sweden and the Russian Curling Federation (RCF) have booked their place in the semi-finals of the World Men's Curling Championship in Calgary.

Sweden and the neutral Russian team, competing at the Championship as RCF because of sanctions placed on the country for the doping scandal, are guaranteed a spot in the last four following the seventh day of round-robin matches.

The United States, Canada and Scotland have also qualified for the six-team playoffs, with only one berth in the next round still to be decided.

The three teams, along with the RCF, have sealed Beijing 2022 quota places for their respective nations by reaching the playoffs.

Russia will compete as "ROC" at the 2022 Winter Olympic Games as a result of the doping sanctions.

And then there were five! 👏

Big final day of round robin tomorrow. Who do we think will get the final play-off and Beijing 2022 spot?#WMCC2021 #Roadto2022 pic.twitter.com/OWIznWOFd3

The RCF beat Norway 8-6 to inflict a fourth consecutive defeat on the early leaders of the standings before thrashing Scotland 9-2.

Sweden defeated Germany 8-4 in their only match of the day to join the RCF in securing a semi-final place.

"It is an amazing feeling," said RCF skip Sergey Glukhov.

"I think it’s one of the best days of my career.

"It was a really tough week but our performance was better and better game by game."

Scotland progressed despite the heavy defeat at the hands of the RCF, while Canada ousted Norway 6-4 to ensure a top-six finish.

The US beat Denmark 8-3 and The Netherlands 9-4 to secure their passage into the playoffs.