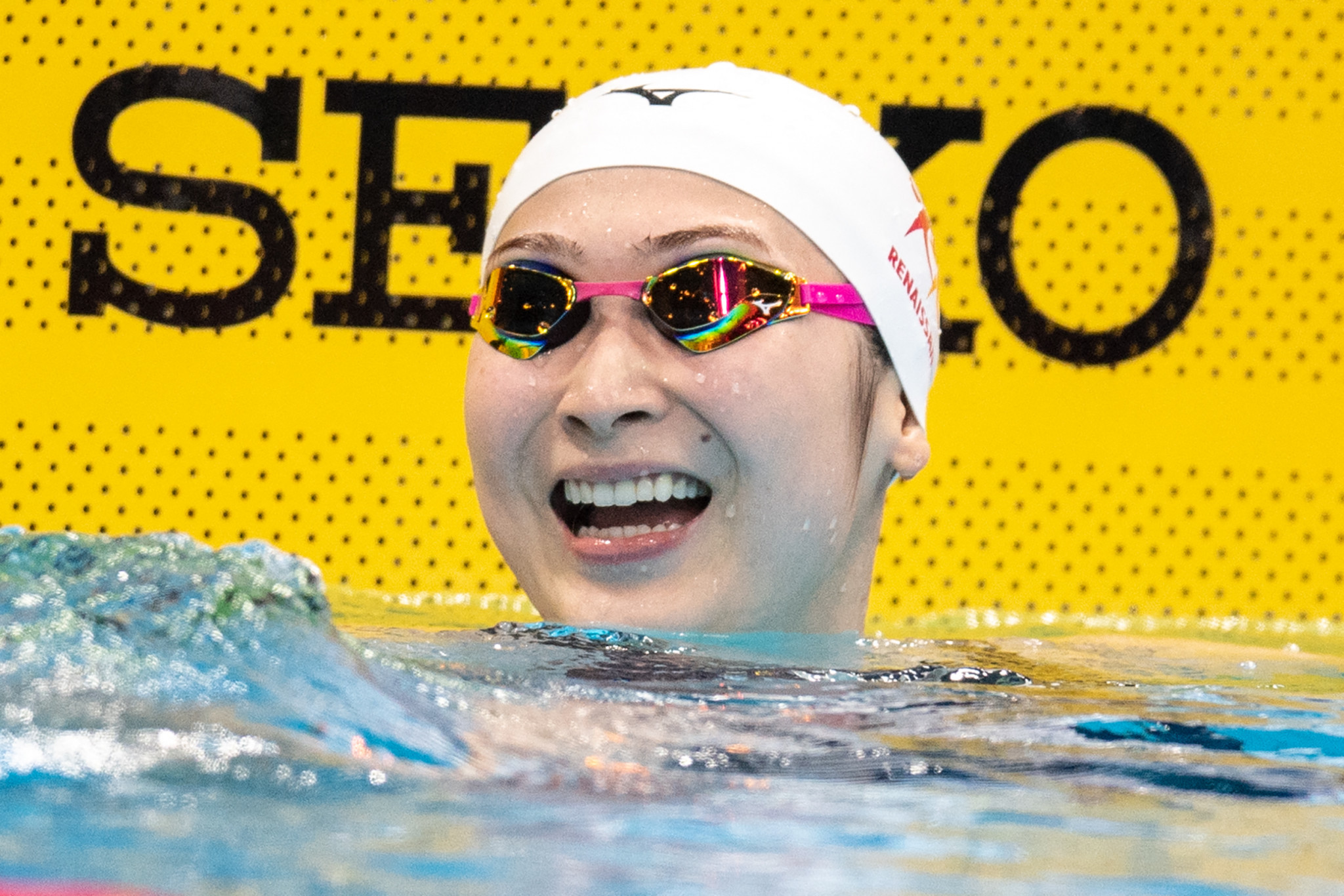 Japanese swimmer Rikako Ikee, who is recovering from leukaemia, has claimed another spot at the Tokyo 2020 Olympic Games after winning the 100m freestyle at the National Championships.

The Japanese star has now qualified for two events at the Games, postponed to this year because of the coronavirus pandemic.

Earlier this month she won the women's 100m butterfly at the Tokyo Aquatics Centre, the venue for swimming at the Olympics.

However, she will not compete in the individual women's 100m freestyle, which required her to finish in the top two and beat a time of 53.31.

Relay qualification required a time of at least 54.42, a top-four finish and a combined 3min 37.68sec between the top four swimmers.

"I'm happy to have come below 54 seconds, but I wanted a little faster time, honestly speaking," said Ikee, according to Japan Today.

"This event was all about getting in the top four and bettering the required standard.

"I had a good race and was determined to come below 54 seconds so I'm glad to have got that time."

In the men's 200m individual medley, reigning champion Daiya Seto confirmed an Olympic berth, finishing ahead of Rio 2016 silver medallist Kosuke Hagino in a time of 1:57.41.

"I haven't recovered my speed in the 200m butterfly and this 200m individual medley, but this tournament has been good practice," said Seto.

Seto is set to compete in the 200m butterfly and 400m individual medley at Tokyo 2020 following his return from suspension after he admitted he had an extramarital affair.

"It's really fun racing against Kosuke, and it gives me lots of motivation," added Seto.

"I need a bit more time to get myself up a level before summer so people who watch me can rest assured from the first day."

Hagino was only 0.02 behind as he secured his Olympic spot.

Kanako Watanabe also qualified for the women's 200m breaststroke after winning the final in 2:23.04.