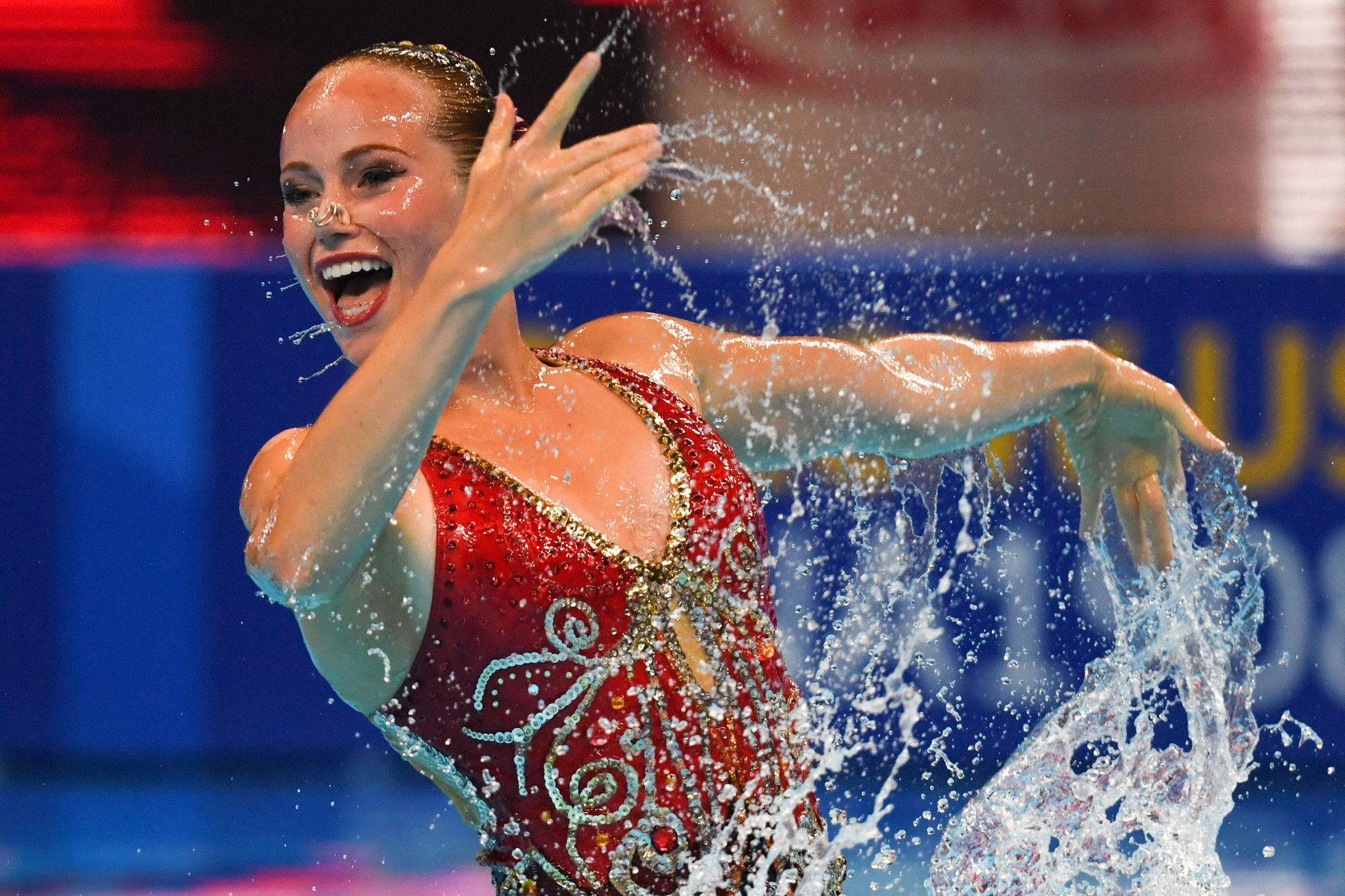 Simoneau topped the standings in the solo technical final yesterday by achieving a score of 89.2788 at the Duna Area, as virtual competition made way for an in-person event for the first time this season.

Austria's Vasiliki Alexandri finished as the silver medallist by scoring 87.6495, with Liechtenstein's Lara Mechnig rounding off the podium on 80.9871.

The pair finished top of the standings after receiving a score of 88.3284 from the judges.

A second silver medal was earned by Austria, with Anna-Maria and Eirini Alexandri matching the performance of their sibling Vasiliki.

The second day of competition saw Simoneau double her tally.

The Canadian won the solo free competition ahead of Vasiliki Alexandri and Slovakia's Nada Daabousova.

Simoneau then earned gold in the duet free event with Holzner.

Anna-Maria and Eirini Alexandri won silver for the second successive day, with Bobritsky and Blecher again rounding off the podium.

The FINA Artistic Swimming World Series in Budapest has come to an end, but more will be enjoyed again in a few days in Kazan (16 April) for the third leg of the Series.😄

Hungary were the sole country participating in the team technical event, with judges awarded the host nation a score of 74.7891.

The Hungarian squad also received a score of 76.5001 for their efforts in the free combination event, before scoring 76,2001 in the team free event.

Russia’s Aleksandr Maltsev and Mayya Gurbanberdieva were the only swimmers in the mixed duet technical final, where they scored 92.3789 points.