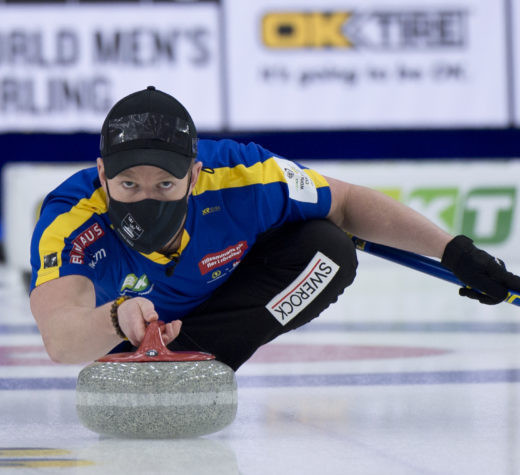 A series of positive coronavirus tests that led to the World Men’s Curling Championship in Calgary being suspended have now discovered to have been “false positives”, organisers have announced.

The conclusion was reached after extensive reviews conducted with Alberta Health, the testing facilities, event medical officers and an expert in infectious disease, the four positive tests that put the Championship on a hold for a day are now considered to have resulted from potentially contaminated samples.

The four athletes, who cannot be identified, were tested last Friday (9 April) as part of exit testing as they were preparing to leave upon the conclusion of the Championship.

Three of them have since been retested twice, while one athlete who was participating in the playoffs on Sunday (April 11) has been retested three times, and all tested negative each time.

Every athlete in the bubble, along with event officials deemed to be in close contact with the four athletes who tested positive, underwent testing on Saturday (10 April), and all tested negative.

On Sunday (11 April), athletes participating in the playoffs were tested before and after each of their games, and again, all tests returned negative.

Additionally, all staff working in the hotel hosting the athletes were tested on Sunday, and all tested negative.

All the tests undertaken were PCR throat swabs.

According to Alberta Health, PCR testing remains the gold standard for COVID-19 testing.

Very rarely, there are occurrences through sampling or testing processes when samples may become contaminated and a false positive may result.

Following an investigation over the weekend, it appears that this may have occurred in this case and follow-up testing was undertaken.

With the original four positive test results now deemed as “false positives”, the integrity of the Calgary bubble remains intact.

The change also allows international athletes who were considered close contacts, and who would have had to remain in isolation in Calgary for 14 days, will now be able to depart Calgary.

The testing process will continue to be reviewed with guidance from Alberta Health, event medical officers as well as the testing facility.

A Grand Slam of Curling event gets under way on Thursday (April 15) in the bubble.