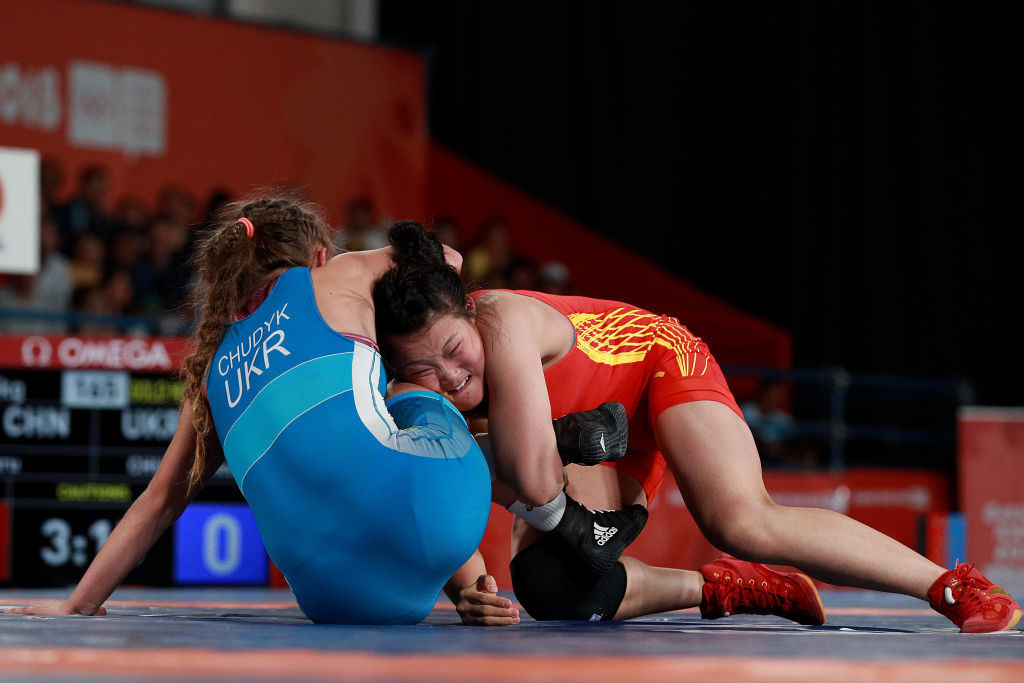 China’s women pulled out of the United World Wrestling (UWW) Asian Championships in Almaty on the eve of their competition today and were due to have left Kazakhstan by tonight.

The UWW quoted a team official as saying that the Chinese women had been "undergoing two days of testing by the Chinese embassy" in the Kazakhstan capital.

It was the latest blow to the women’s event following Japan’s decision not to send its team because some of the team's members were suspected of having come into contact with someone infected with COVID-19.

Wrestlers from North Korea were also absent because of COVID-19 issues.

As a result of withdrawals each of the five weight classes in the women’s events that began today in the spectator-less Baluan Sholak Palace of Culture and Sports contained six entries or less.

Mongolia’s Dulguun Munkhbold became the first women’s champion as she improved upon her silver of the previous year to win 55kg gold with a match to spare - and she later won that, defeating 36-year-old South Korean wrestler Hyungjoo Kim.

The 55kg division, with just four participants, was run as a straight round-robin, and by winning both of her matches in the afternoon session by a fall, Munkhbold claimed gold regardless of the outcome of her final match in the night session.

"I saw some of [my opponents] videos, but I have never wrestled them before," Munkhbold told UWW.

Home wrestler Valentina Islamova, who has already qualified for the Tokyo 2020 Olympics thanks to her world bronze in 2019, was a dominant winner in the 50kg class, beating Uzbekistan’s Jasmina Immaeva 10-0 in one minute and 45 seconds.

Seema’s team-mate Sarita was victorious in the 59kg final as she successfully defended her title with a 10-7 win over Mongolia’s Shoovdor Baatarjav, who had beaten her in the morning’s group matches.

She needs only 1 minute and 45 seconds to beat IMMAEVA (UZB) and win her first-ever Asian Championships title #WrestleAlmaty pic.twitter.com/CNePlF76BB

There was gold for Kyrgyzstan in the 68kg final, where Meerim Zhumanazarova claimed her fourth Asian title as she beat Delgermaa Enksaikhan of Mongolia 6-1.

The last final of the night, in the 76kg class, produced a second home gold as Elmira Syzdyakova beat Aiperi Medet Kyzy of Mongolia by fall.

India’s Pooja took bronze thanks to a 5-2 win over South Korea’s Seoyeon Jeong.