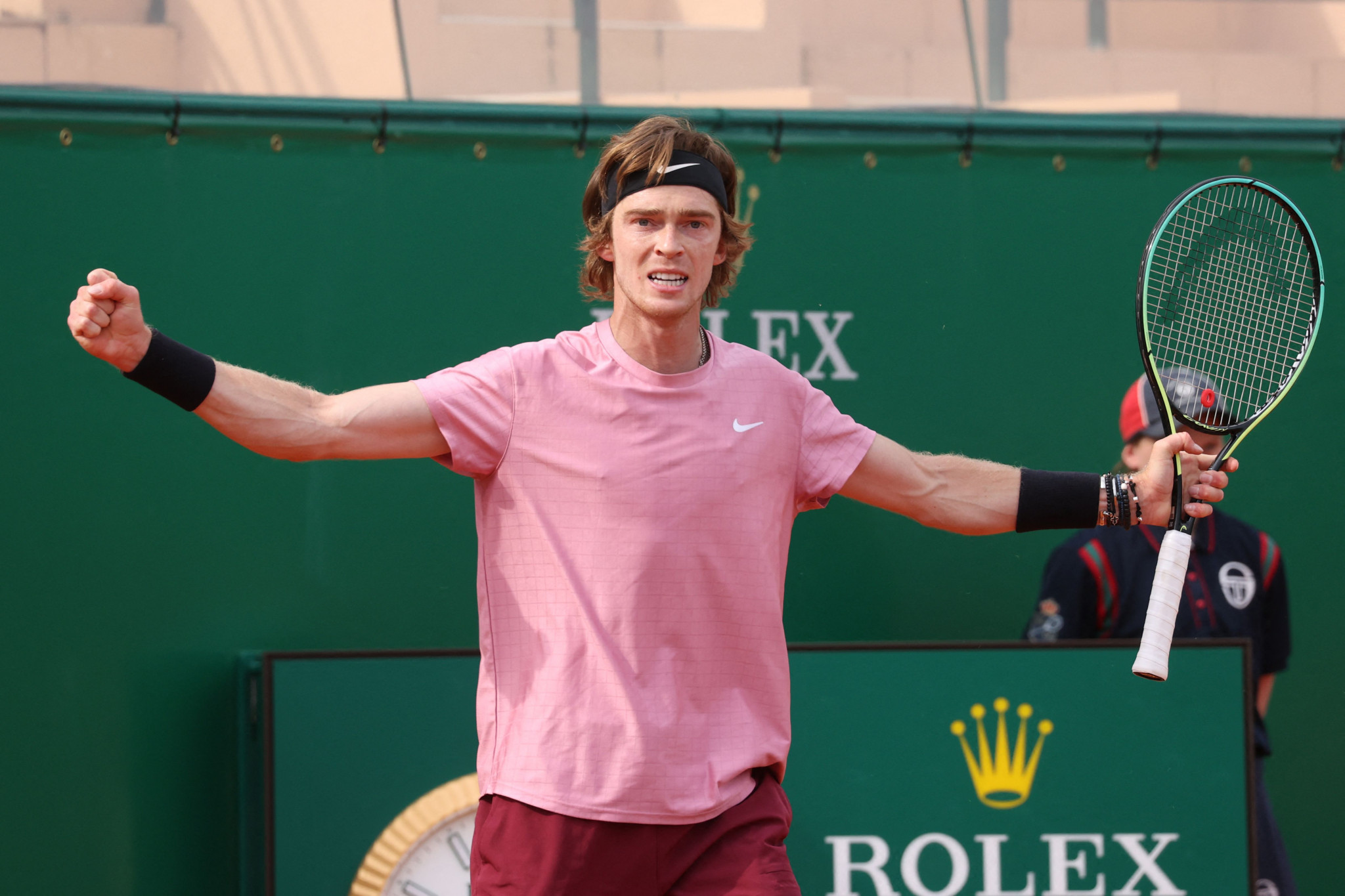 Russia’s Andrey Rublev and Greece’s Stefanos Tsitsipas will meet in the final of the Monte-Carlo Masters after winning their semi-finals in straight sets.

Rublev secured his place in his first Association of Tennis Professionals (ATP) Masters 1000 final with a 6-3 7-5 win over Norway’s Casper Ruud.

A day after ousting 11-time champion Rafael Nadal in three sets, Rublev continued his superb form as he hit 21 winners past Ruud on his way to victory in 80 minutes.

"We will see what is going to happen [in the final].

"Casper is a really amazing player, especially on clay.

"Since the beginning he put a really high intensity [on the court] and was really tough.

"I knew that I needed to raise my level if I wanted to fight against him, because if I [did] not raise the level I [would] lose for sure."

Tsitsipas, a two-time Masters 1000 runner-up, will hope to make it third time lucky when he faces Rublev tomorrow.

The 22-year-old broke Britain’s Dan Evans serve on five occasions in a 6-2 6-1 thrashing.

"I found ways to play at my best," said Tsitsipas.

"It was really difficult to maintain my level of consistency and I am really happy I managed to deal with all the different moments during the match.

"I had a lot of opportunities to hit the forehand, and think how I wanted to construct the point."

Tsitsipas is yet to drop a set at the Monte-Carlo Country Club this week having overcome Russian Aslan Karatsev, Chilean Cristian Garin, Spaniard Alejandro Davidovich Fokina and Evans on his way to the final.

"I'm feeling good, energised and I still have plenty of gas and energy left in me," added Tsitsipas.

"I was able to have all of my matches done in two sets, so that is a big plus.

"I am happy to be able to play that way, just take it match by match, approach each individual match with the same intensity and energy.