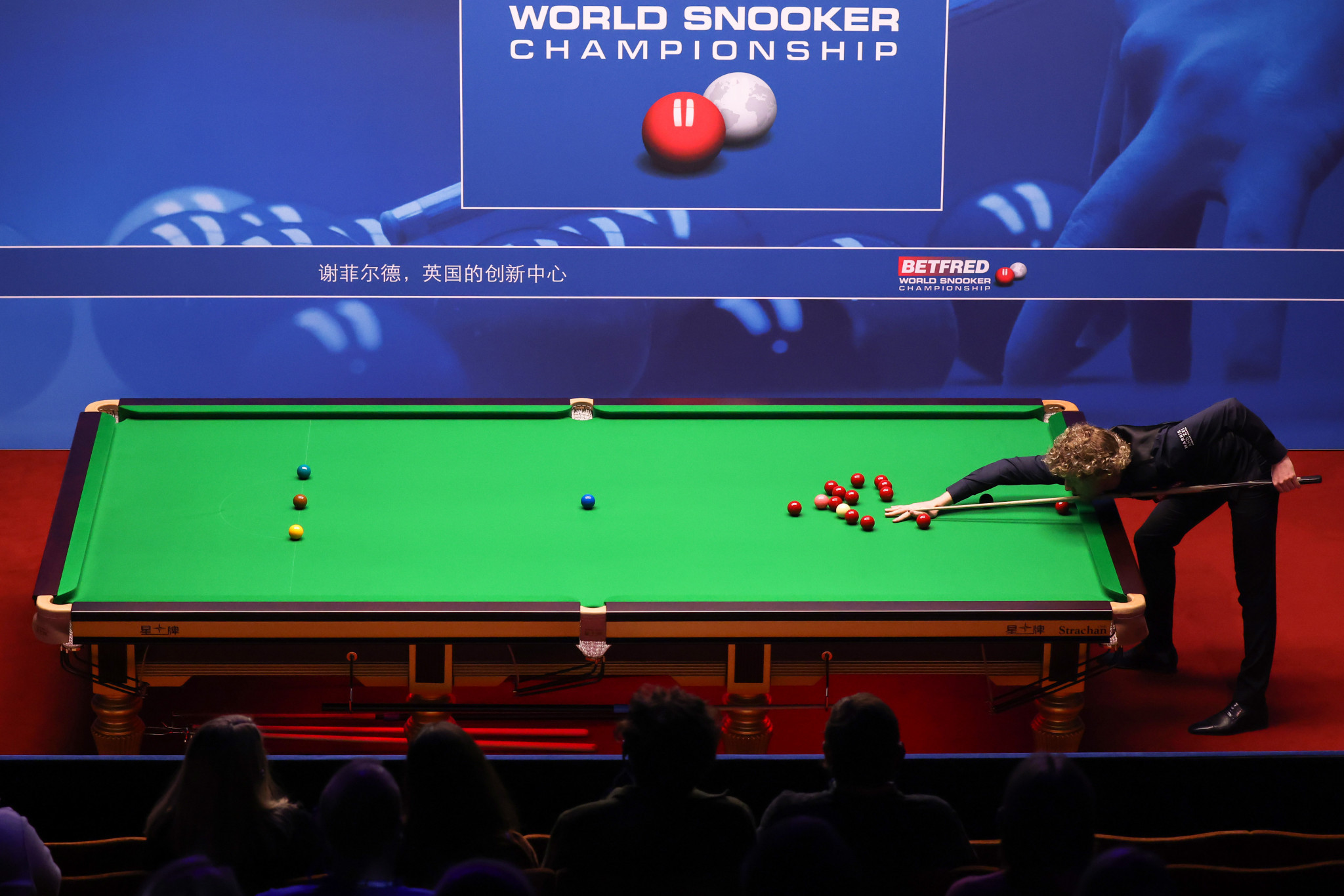 Australia’s Neil Robertson eased through while Scotland’s Stephen Maguire crashed out on a day of contrasting fortunes for players ranked in the world’s top ten at the World Snooker Championship.

Robertson, the third seed for the tournament, started the second session of his match against China’s Liang Wenbo with a 6-3 lead.

Robertson came out firing with a century and after winning a tightly contested 11th frame, he made a further break of 110 on his way to closing out a comfortable 10-3 victory.

Although Robertson made comfortable progress, it was a different story for Maguire, the world number eight.

Maguire started the second session of his match with Wales Jamie Jones with a 5-4 deficit but never got into his stride as his highest break was just 22.

In contrast, Jones, who was suspended from playing the sport in 2018 for two years for failing to report knowledge of a betting arrangement involving another player, started strongly with a top break of 81 as he opened up a three frame advantage.

Although Maguire created chances he struggled to control the cue ball and became the first top 16 seed to be eliminated from this year’s event as Jones ran out a 10-4 winner at The Crucible Theatre in Sheffield.

Bingtao trailed 5-4 at the start of the session but after levelling at 5-5 the Chinese player hit two centuries to open up a two frame advantage.

After overturning a 50 point deficit in frame 13, Bingtao took control but missed a chance to close the match out in frame 15 when he was unable to pot a long final blue, but did close out the contest in the next one as he won 10-6.

Gilbert started the second session with a 7-2 lead and despite losing the first frame of the day after missing the final black, kept his opponent at arms length throughout.

Wakelin missed the last red in frame 13 and any hope of a comeback evaporated at this point as Gilbert closed out an easy win in the first frame after the interval.

After a 41 minute seventh frame, which was won by Higgins to reduce his arrears to a single frame, the pair were stopped two frames earlier than scheduled to prevent them overrunning into the next session of play.

Elsewhere, Scotland’s Anthony McGill holds a narrow 5-4 lead over England’s Ricky Walden after their first session, with McGill winning a 41 minute final frame of the session to take the overnight advantage.