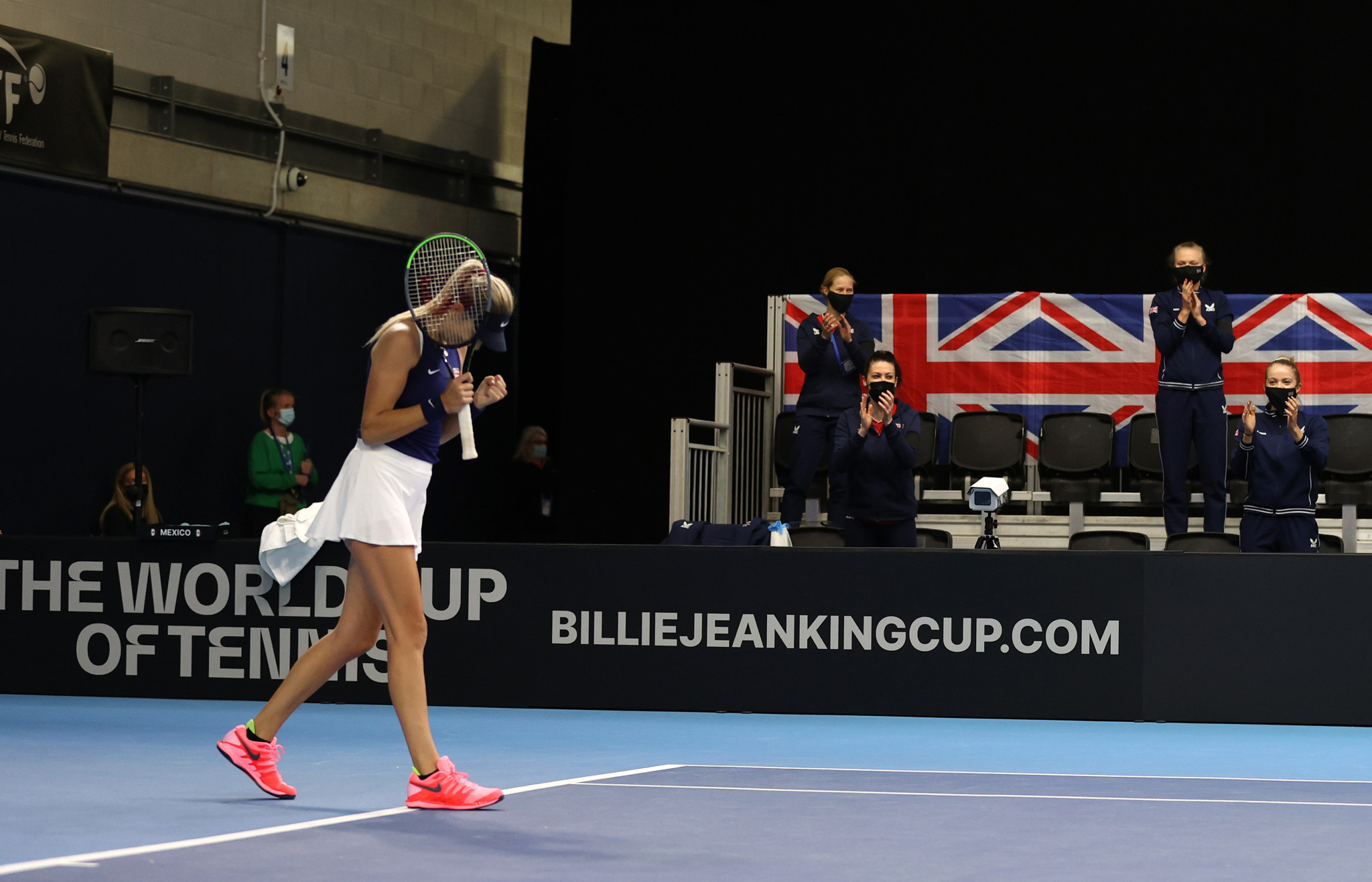 Running from Thursday (April 15) until Sunday (April 19), an in-game tournament was held during the intended dates of the Billie Jean King Cup Finals.

The flagship team event in women's tennis was called off because of the COVID-19 pandemic.

The esports tournament did at least coincide with some Billie Jean King Cup playoff ties.

Tennis and gaming fans were able to compete in the virtual competition, which was divided into three leagues - rookie, junior and challenger - denoting different levels of difficulty.

"We are delighted to partner with Wildlife to bring the Billie Jean King Cup to new audiences and in a different way for existing fans," said ITF President David Haggerty.

"One of the core values of the ITF and the Billie Jean King Cup is innovation, and now more than ever we must continue to modernise and enhance the fan experience.

"This is another step in delivering our bold ambitions to unlock the growth potential of the competition through new and innovative partnerships."

Google Play selected Tennis Clash as one of the "five best competitive games of 2019".

"Being able to create a Tennis Clash experience for the Billie Jean King Cup was very rewarding since this is the first time a global team competition has been named after a woman," said game director of Tennis Clash, Ana Costa.

"Since tennis is one of the most popular sports in the world, this partnership with ITF will keep everyone connected during these unprecedented times."