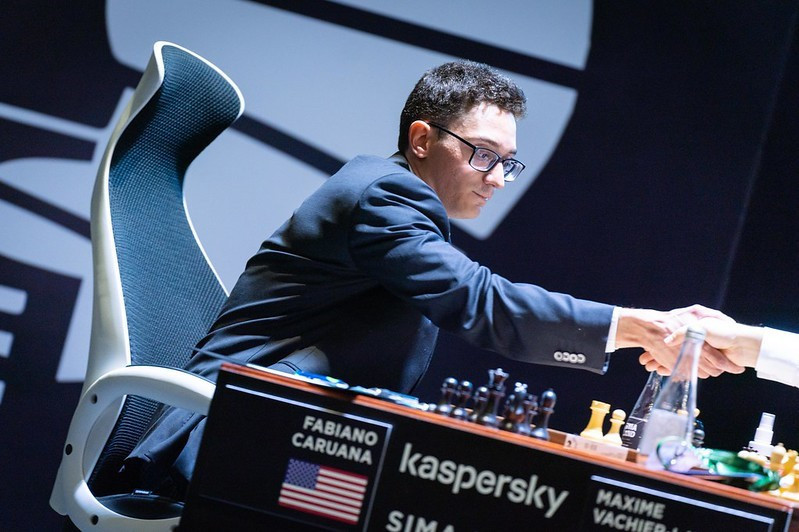 The Candidates Tournament, which will decide who faces Magnus Carlsen for the chess world title, resumed in Yekaterinburg after an interlude of more than a year today and Fabiano Caruana of the United States was the standout performer.

The 28-year-old Italian-American from Miami, Florida, runner-up in the 2018 World Chess Championship. earned a victory over the joint leader of the event, France’s Maxime Vachier-Lagrave, that left both in a tie for second place on 4.5 points.

A draw against Anish Giri by Russia’s Ian Nepomniachtchi was enough to lift the home player into a clear lead on five points.

The eight-player event began on March 15 2020 but due to the COVID-19 pandemic was halted by the International Chess Federation (FIDE) 11 days later with exactly half of the 14 rounds completed.

The resumption, 390 days later, was novel for the players.

"It was my first flight in a year," Giri commented before his match.

"But in the playing hall, it looks exactly the same as last time, so when I came there and sat on that sofa, I felt like just one day passed.

"I’ve sat on that sofa yesterday, round seven, and today I sit on it again and it's round eight."

After the first game to finish in round eight, the match between China's Wang Hao and Ding Liren, had ended in a draw, the latter player commented: "When I saw the pieces and the board I felt like I am not familiar with it... last year, most of my tournaments were online and at night."

Giri and Wang are now on four points, with Ding last on three points.

In between the two are Russians, Kirill Alekseenko and Alexander Grischuk, who drew today.

The winner of the FIDE Candidates Tournament will face Norway's Carlsen for the world title in the United Arab Emirates later this year.

Carlsen will be seeking a fifth successive world title at that event in Dubai.