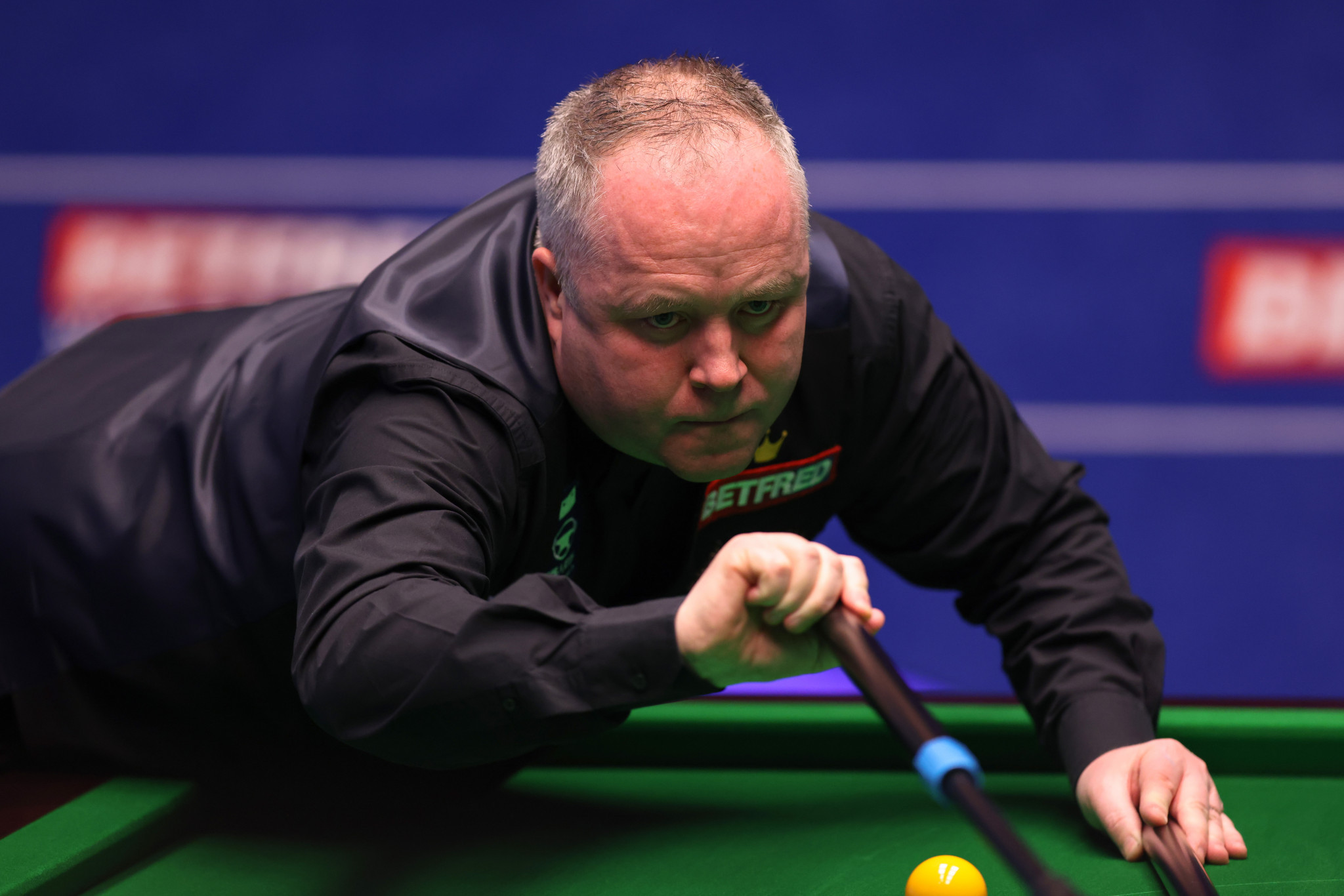 Four-time champion John Higgins came from behind to beat qualifier Tian Pengfei at the World Snooker Championship in Sheffield.

Higgins trailed his Chinese opponent 4-7 at one point, but reeled off a six-frame winning run to storm back and win 10-7 at the Crucible Theatre.

Scotland's Higgins called his performance "embarrassing " afterwards, but is through to round two.

A match against three-time champion Mark Williams awaits - if the Welshman can beat Sam Craigie of England.

We've used that line for John Higgins before, haven't we?

Today, he won six frames in a row to beat Tian Pengfei 10-7 in round one of the @Betfred World Championship #ilovesnooker pic.twitter.com/SW8tEG6lqC

Wilson was 1-5 down against fellow Englishman Gary Wilson but ultimately triumphed 10-8.

Ronnie O'Sullivan, England's defending champion who is chasing a record-equalling seventh world crown, will play McGill in the next round.

China's Ding Junhui is 5-4 up against ex-champion Stuart Bingham of England, need five more frames to win, while Jack Lisowski leads Ali Carter by the same scoreline in an all-English affair.