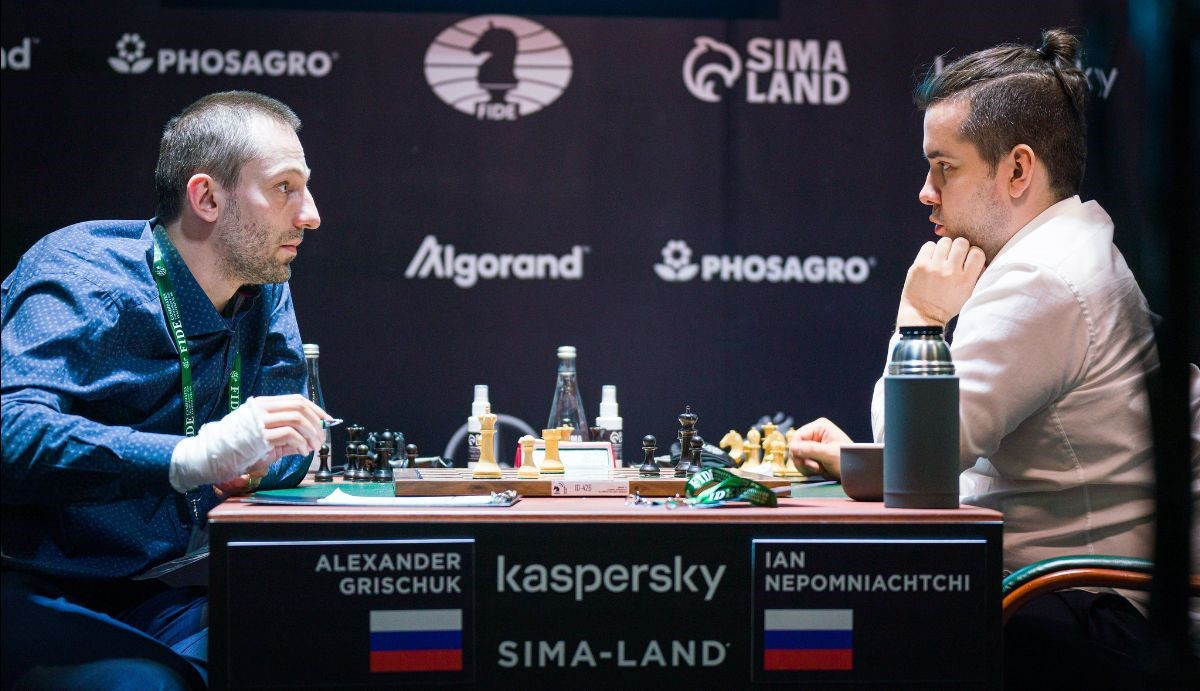 Russia's Ian Nepomniachtchi maintained his half-point lead after round nine of the International Chess Federation (FIDE) Candidates Tournament in Yekaterinburg, with a draw against compatriot Alexander Grischuk.

The winner of the competition - which sees eight players play each other twice each - will face Magnus Carlsen for the world title later this year.

Giri sits in fourth position, but is level on points with American Fabiano Caruana and Maxime Vachier-Lagrave of France.

And it's a draw between Ding Liren and Maxime Vachier-Lagrave.

"This is a miraculous save for Maxime." - Evgeny Miroshnichenko.

"I think Maxime is relieved, he is still in the race." - Almira Skripchenko. #FIDECandidates pic.twitter.com/wLUelXn7ks

After a long match, Vachier-Lagrave salvaged half a point against bottom-of-the-table Ding Liren of China.

The draw keeps Vachier-Lagrave third place and half a point off the leader, with Caruana second.

Ding sits half a point afoot at the bottom of the table on 3.5.

Alekseenko, Grischuk and Wang all have four points.

The eight-player event began on March 15 2020, but the FIDE halted competition after 11 days due to the COVID-19 pandemic.

The tournament returned after a 390-day hiatus yesterday, still taking place in Yekaterinburg in Russia.