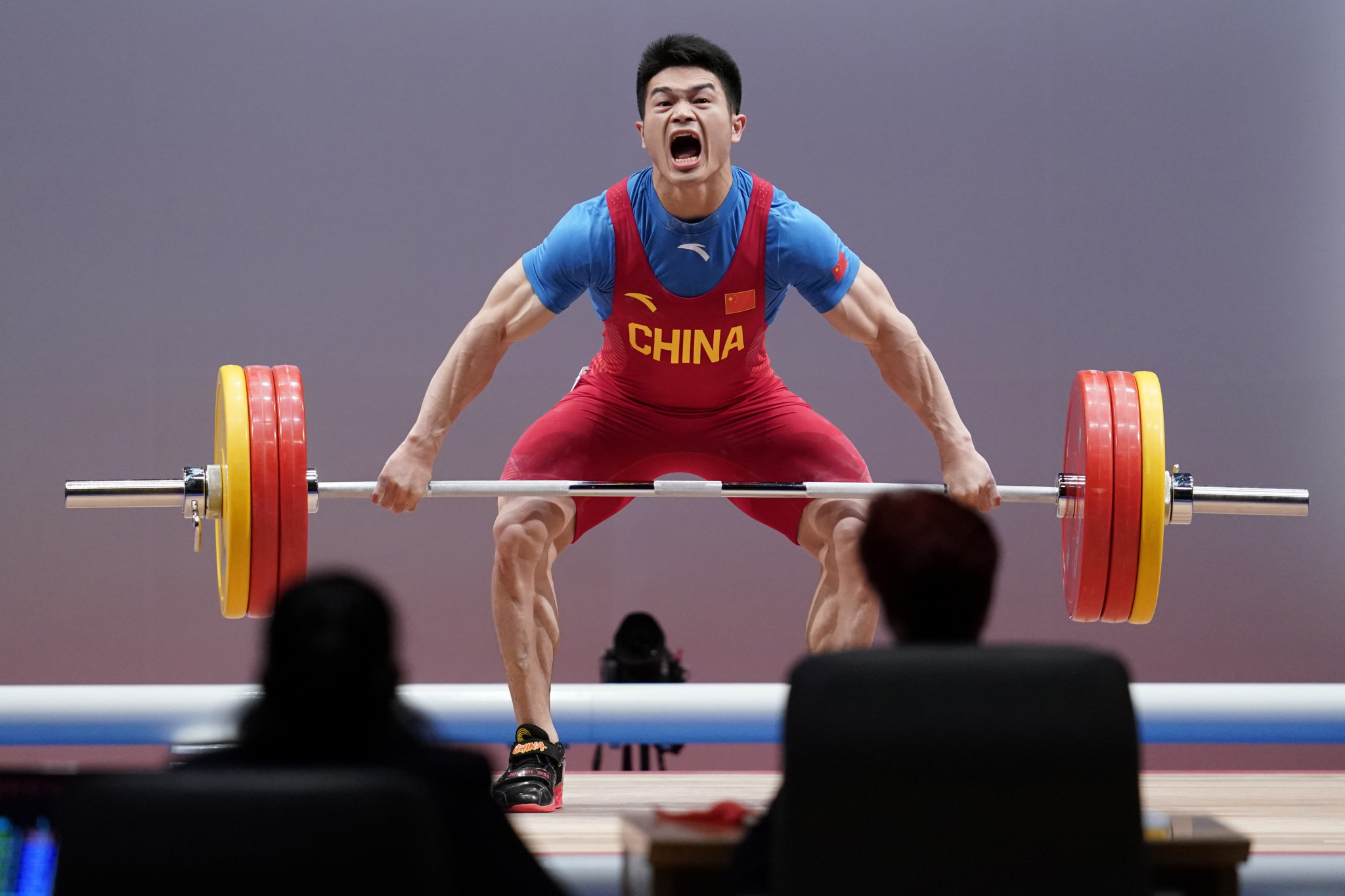 Shi Zhiyong of China broke one of his own world records on the way to an emphatic victory in the men’s 73 kilograms at the Asian Weightlifting Championships in Tashkent in Uzbekistan.

Shi might have had another world record had he not retired after five lifts, and he remains a very strong favourite for Olympic gold.

In the Pan American Championships in Santo Domingo, the Dominican Republic capital, the American Jourdan Delacruz had a sweep of Pan American records in winning the women’s 49kg.

Her 200kg total was the highest ever by a non-Asian at the weight, and it takes Delacruz, 22, right into contention for an Olympic medal.

She began qualifying as a 55kg lifter but Phil Andrews, the USA Weightlifting chief executive, and Delacruz's coach Spencer Arnold devised a strategy for her to move down.

It has paid off in great style.

Delacruz finished with 89-111-200, improving her Olympic qualifying best by 5kg.

The quality of Delacruz’s effort was underlined when no lifter could better her total, or even match her 111kg clean and jerk, in the next weight category, 55kg.

The Dominican Republic would have had a home winner had Nathalia Novas made either of her last two attempts at 112kg, but it was beyond her and she finished third.

Ana Lopez of Mexico won with 91-109-200, ahead of Genesis Rodriguez of Venezuela and Novas, both of whom totalled 197kg.

Colombia’s Luis Mosquera won the men’s 67kg with 145-173-318, ahead of Jonathan Munoz of Mexico and Guatemala’s Edgar Pineda.

In Tashkent, the all-action Shi ended up on his backside after setting a new mark in the snatch at 169kg, having shouted and screamed his way to his first two clean and jerks.

Shi looked exhilarated but exhausted by the effort.

Although he needed only 1kg more to better his world record on total, he called it a day after five lifts and finished on 169-194-363.

Shi, Olympic champion and multiple world record holder, was 28kg clear of Maksad Meredov of Turkmenistan, whose 336kg was by far his best effort in Olympic qualifying.

Masanori Miyamoto of Japan was third, another 1kg back.

Two of Miyamoto’s team mates, Yoshida Akane and Namika Matsumoto, both bombed out in the women's 64kg, which was won by Chen Wen-Huei of Chinese Taipei.

The strong favourite Deng Wei, of China, weighed in but did not lift, having suffered "a slight injury in training after arriving in Tashkent" according to a team official.

Deng already has enough points to qualify for the delayed Tokyo 2020 Olympic Games, for which she is favourite for the gold medal, so her absence from this "gold" qualifier will not affect her chances.

It was enough to leave her 15kg clear of Elreen Ando of the Philippines, with Han So-jin of South Korea third on 211kg.