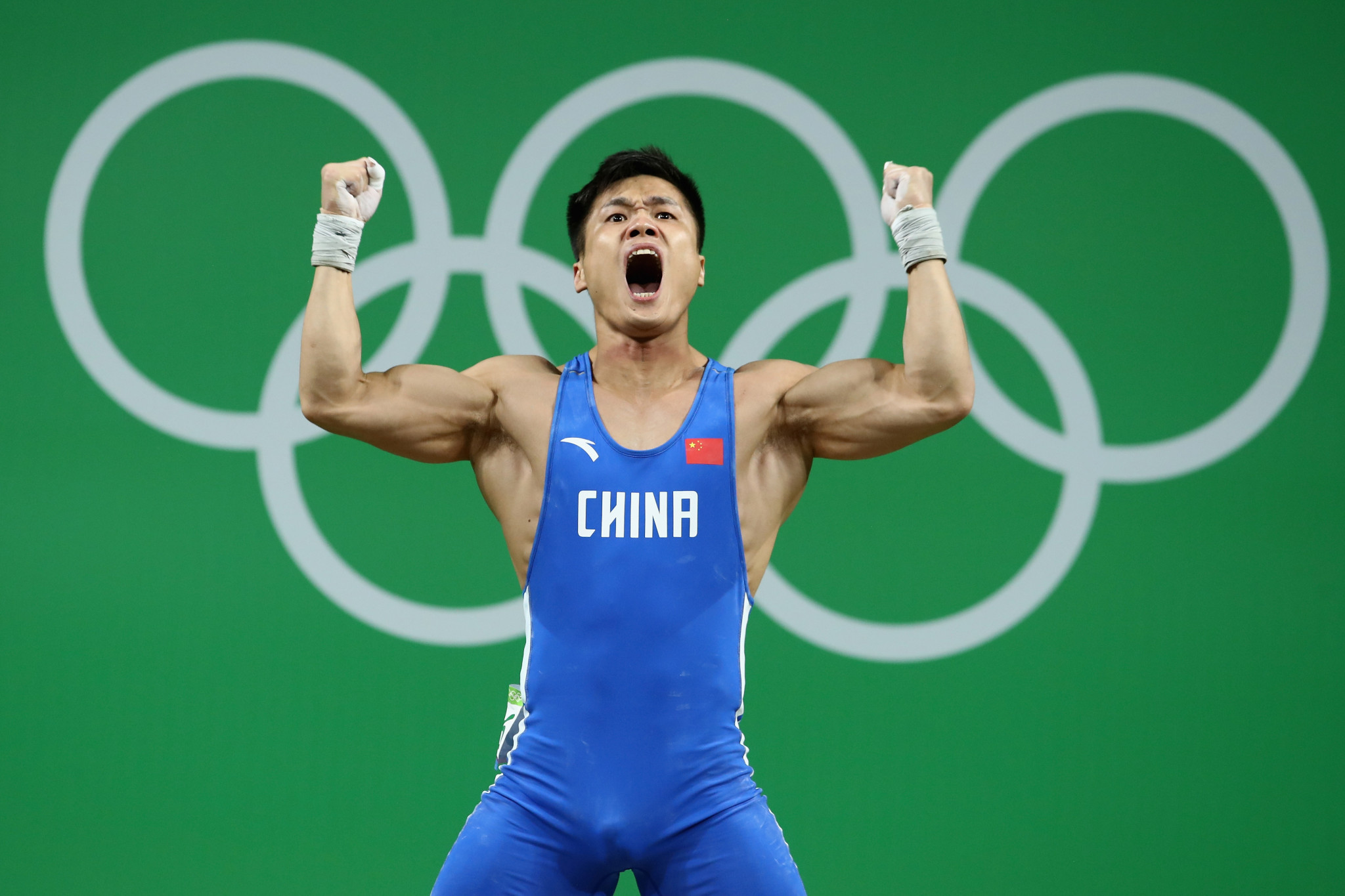 Lyu Xiaojun, whose 37th birthday falls during weightlifting’s competition time at the Olympic Games in July, has given himself the chance to celebrate it with another gold medal by winning the Asian Championships at 81kg.

In the concurrent Pan American Championships in Dominican Republic - both continental events are crucial "gold" qualifiers for Tokyo 2020 - CJ Cummings became the second champion in successive days for the United States, and another Olympic medal hope for them in the 73kg.

There was an even more impressive performance from Maude Charron, the Canadian who broke all three Pan American records in winning the women’s 64kg with a six-from-six performance.

Lyu, one of the world’s most popular lifters, has been pushed all the way in qualifying by his team-mate Li Dayin, and it was easy to see why in Tashkent, the Uzbekistan capital.

Lyu holds the clean and jerk and total world records at 81kg, and he made it a clean sweep by snatching 174kg to surpass Mohammed Ehab’s world best.

But 75 seconds later Li came out and lifted 175kg to take the world record, and the lead.

When Li missed his first clean and jerk attempt at 198kg he appeared to be struggling with injury, rubbing his back and thighs and looking concerned.

He missed all three for a bomb-out and Lyu won with his first attempt at 199kg.

Lyu clearly enjoyed the victory, and might have had even more to celebrate had he made his next attempt at 208kg, which would have given him two world records on the day.

He failed and did not try again.

Lyu won his first continental title 10 long years ago and would have retired by now if Tokyo 2020 had not been delayed by the COVID-19 pandemic.

He won at the old 77kg weight at London 2012 and was surprisingly beaten into second place at Rio 2016 by Nijat Rahimov of Kazakhstan, who is provisionally suspended for suspected sample-swapping.

In Santo Domingo, the Dominican Republic capital, Cummings had a close contest with his great continental rival Julio Mayora of Venezuela.

Jorge Cardenas of Mexico was third on 319kg.

Taking all the results at 73kg from the European, Asian and Pan American Championships this month, Cummings’ total was bettered only by the Chinese world record holder Shi Zhiyong.

After Jourdan Delacruz’s effort in winning the women’s 49kg yesterday, and with several more chances to come this week, the United States can be well pleased with progress.

Charron’s 107-133-240 was a phenomenal effort, leaving her 6kg clear of Mercedes Perez of Colombia and putting her in the reckoning for the Olympic podium.

Angie Palacios of Ecuador was another 8kg behind in third while the Tokyo hopeful Mattie Sasser, of the United States, could finish only fifth after missing three of her attempts.