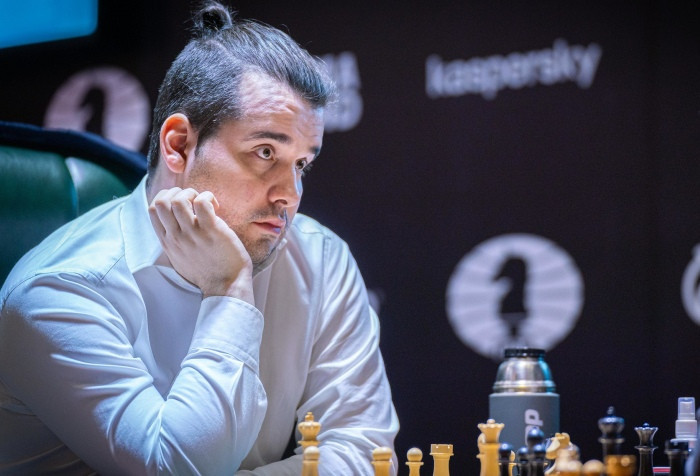 The advantage of Russia's Ian Nepomniachtchi was cut down to half a point after a draw on round 11 of the International Chess Federation (FIDE) Candidates Tournament in Yekaterinburg.

The winner of the competition - which sees eight players play each other twice each - will face Magnus Carlsen for the world title later this year.

Nepomniachtchi tied with Italian-American Fabiano Caruana to move on to seven points.

Caruana is now on six, a point behind the leader.

Closest to the Russian is The Netherlands' Anish Giri, who made it 10 rounds without defeat to move onto 6.5 points, following a win over China's Ding Liren.

His victory over the world number two leaves him half a point behind Nepomniachtchi, who defeated him in the opening round of the tournament.

Ding remains on four points at the bottom of the standings.

Maxime Vachier-Lagrave of France had the opportunity to stay level with Giri, but he suffered defeat against Russian Alexander Grischuk.

Both players are now on 5.5 points.

Wang now has five points, while Alekseenko has 4.5.

Tomorrow, Nepomniachtchi plays Wang, while his closest challengers - Caruana and Giri - play each other in what will be a decisive tie in the tournament.