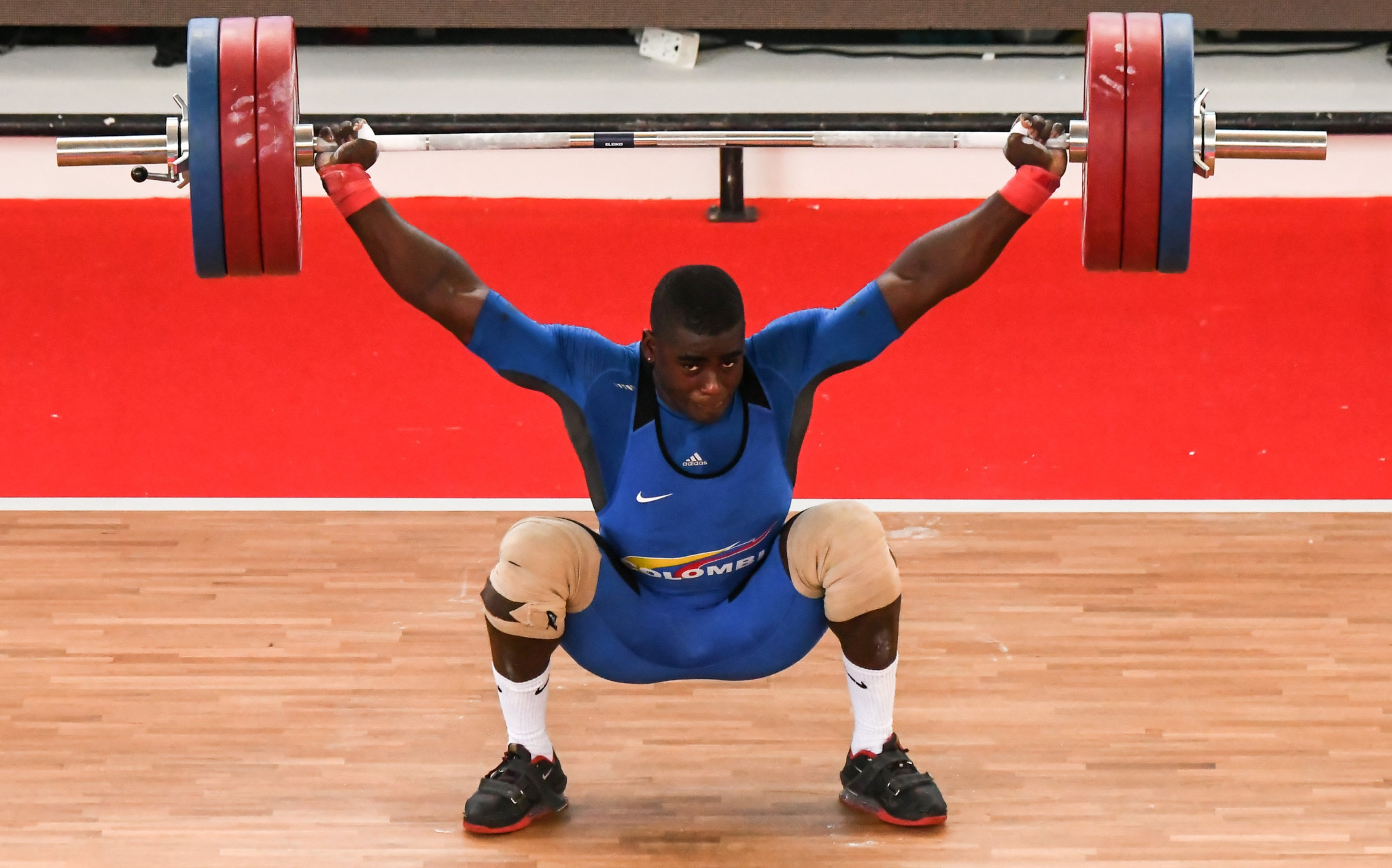 There was a rare sight at the Asian Weightlifting Championships in Tashkent when the top two finishers in the men’s 96kg failed to match the top two Pan American lifters at the same weight.

The concurrent championships are "gold" qualifiers for the delayed Tokyo 2020 Olympic Games, and the Asians have generally outperformed everybody else - largely because China’s team is so strong.

But in the 96kg Tian Tao, who tops the rankings, and the Iranian world record holder Sohrab Moradi, on his return from injury, were both overshadowed by the efforts 12,000 kilometres away of the Colombian winner Jhonatan Rivas and the improving Canadian Boady Santavy.

The American Nathan Damron showed huge improvement to take third place in Santo Domingo, the Dominican Republic capital, after Keydomar Vallenilla of Venezuela bombed out in the clean and jerk.

Moradi, who has had serious shoulder and spinal injuries and cannot qualify for Tokyo, missed three of his attempts to end on 174-210-384.

The 96kg looks likely to be one of the most competitive weight categories in Tokyo.

Meso Hassona, the Qatari who competes as Fares Elbakh, may end up being the gold medal favourite in Tokyo - we will learn more when he competes at 102kg in Uzbekistan tomorrow.

Anton Pliesnoi of Georgia made a hugely impressive total of 393kg in the recent European Championships in Moscow and Rivas equalled it, and his own Pan American record, in Santo Domingo with 180-213-393.

Santavy set a Pan American record in the snatch on 181kg and retired after two clean and jerks, finishing with an impressive personal best of 181-208-389.

Remarkably, Rivas was Colombia’s sixth winner in seven men’s events, making them arguably as dominant in their continental championships as China in Asia, at least in the men.

Lesmon Paredes made it seven from eight for Colombia with a continental record in the 102kg, making 180-210-390.

After his victory, which he put down to exceptional team training over two years, Rivas said: "I hope to repeat these results in the Olympic Games."

Whether that will be possible remains to be seen.

Rivas, Luis Mosquera and others would be very strong medal contenders for Colombia if they can compete in Tokyo, but their fate will be determined by the Court of Arbitration for Sport.

The Colombians are liable to be suspended for having three athletes test positive for boldenone during the qualifying process, and they are arguing that all three ingested the prohibited substance unknowingly through tainted beef.

Colombia has won plenty of medals in the women’s events too but has yet to win gold on total because the Americans keep pulling out more.

The United States has five golds in total, four of them women, with more prospective winners to come at the weekend.