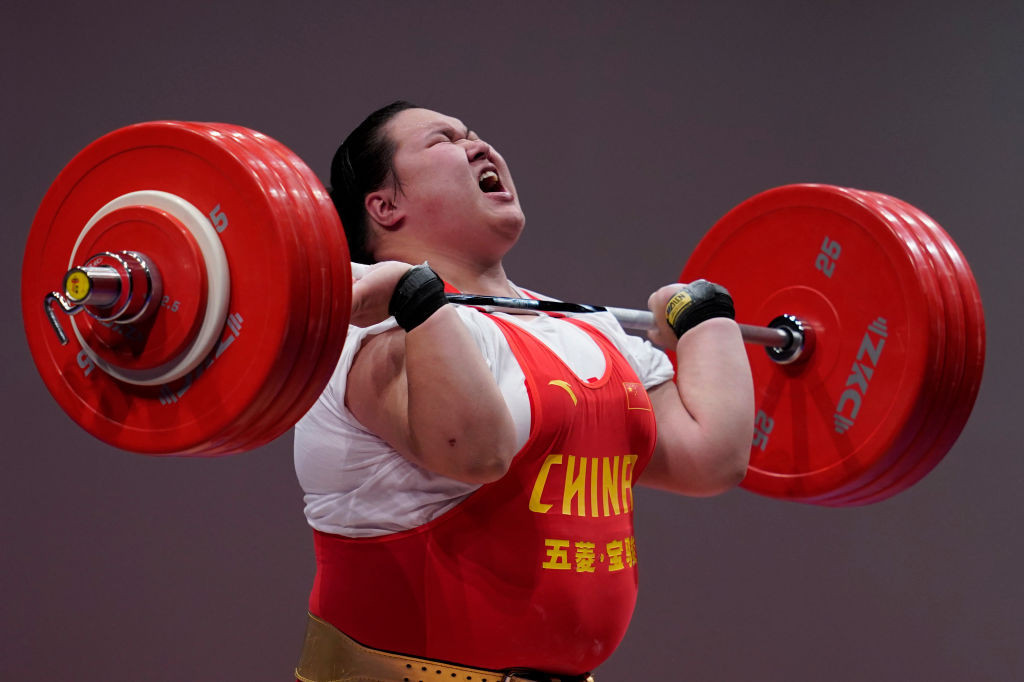 Li Wenwen, the Chinese women’s super-heavyweight, had a sweep of world records on her way to victory at the Asian Weightlifting Championships in Tashkent.

As expected, Li won by the widest margin of the week, finishing 56 kilograms clear of Son Young-hee of South Korea, with Aizabada Muptilada of Kazakhstan a further 10kg behind in third place.

Li is now arguably the strongest favourite for gold at the delayed Tokyo 2020 Olympic Games, despite Lasha Talakhadze’s dominance in the men’s super-heavyweights.

After Talakhadze’s record-breaking efforts at the recent European Championships, the difference between the Georgian’s best total in qualifying and that of his nearest rival, the Armenian Gor Minasyan, is 21kg.

For Li, 21, whose chances are improved by the absence of rivals from Russia and North Korea, the difference is 45kg.

Others in the rankings are closer but they will not be in Tokyo because they are also Chinese, or from North Korea, which has withdrawn from the Olympics because of fears over COVID-19, or in the case of Tatiana Kashirina, suspended.

Kashirina has made 331kg in qualifying but is ineligible because of an historic doping violation.

The Russian’s world records in the previous version of the super-heavyweights, over-90kg rather than over-87kg, still exceed those of Li: 155-193-348.

Li made it look so easy in Uzbekistan today and it seems only a matter of time before she surpasses those numbers.

Besides Li and the absentees, no other female super-heavyweight has lifted more than 300kg.

The nearest in qualifying was 290kg by Sarah Robles of the United states, who made 280kg in Dominican Republic on Saturday when she won the Pan American title.

Iran took the final event of the Asian Championships when Ali Davoudi won the men’s super-heavyweights, underlining his status as Iran’s top contender in Tokyo.