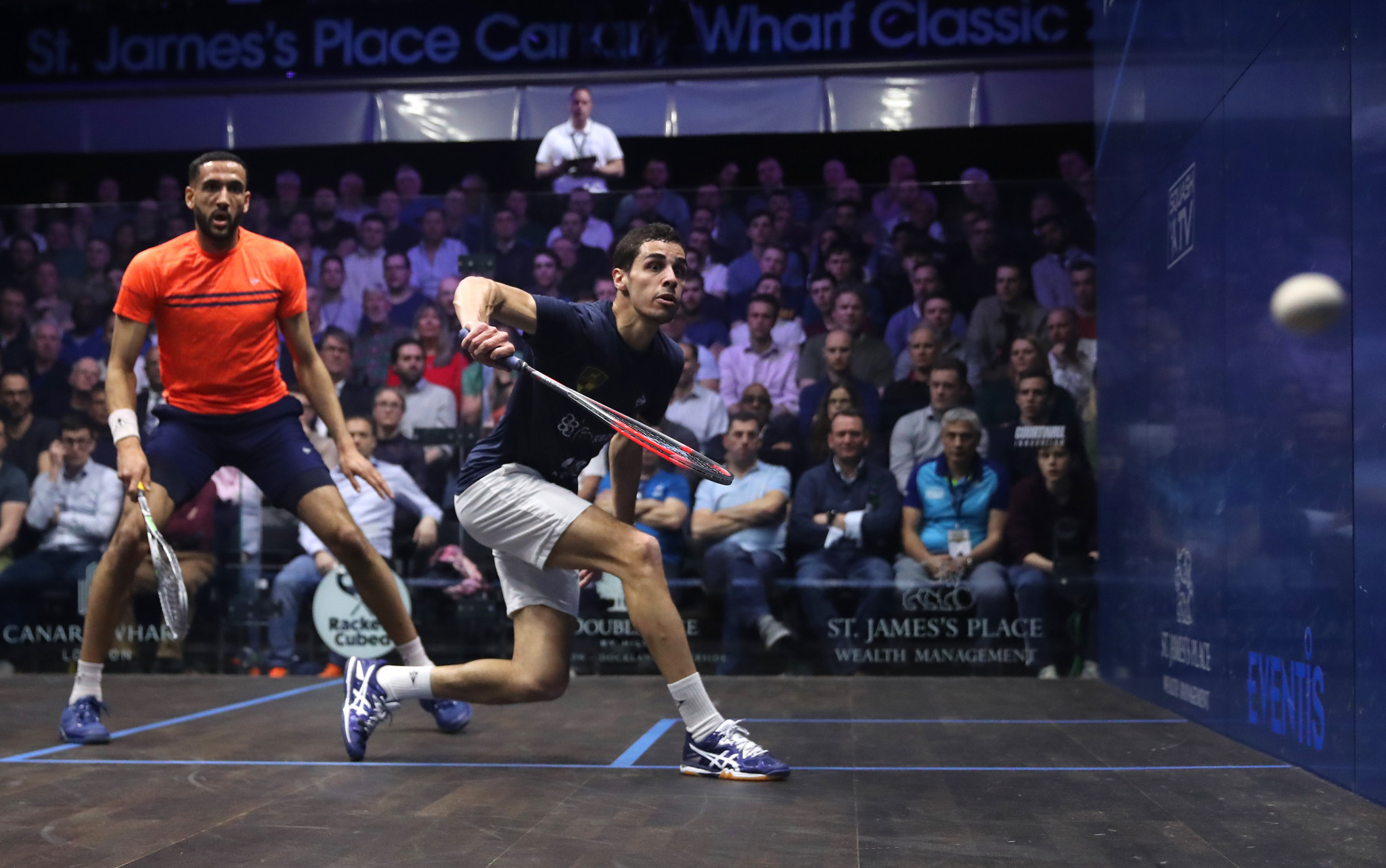 The top 20 in the men’s and women’s Professional Squash Association (PSA) world rankings for May remains unchanged, with Egyptian duo Ali Farag and Nour El Sherbini continuing to lead the way.

The postponement of last month's Manchester Open due to the COVID-19 pandemic has allowed Farag and El Sherbini to maintain their positions at the top of the respective rankings.

But this could all change when the El Gouna International, a PSA World Tour Platinum event, is due to be held from May 20 to 28 in Egypt.

Farag tops the men’s standings for a seventh successive month with 23,795 points ahead of compatriots Mohamed ElShorbagy and Tarek Momen, who sit on 21,700 and 17,670 respectively.

France's Camille Serme is fourth on 13,925 while Amanda Sobhy stays in fifth on 10,533 after breaking into the top five last month.

Malaysian pair Adam Agan and Siow Yee Xian are the biggest risers in the men’s rankings.

Agan rises 179 places to 437 after advancing to the quarter-finals of the SRAM PSA 1 in Kuala Lumpur in April, while Yee Xian climbs 175 spots to 432 after reaching the same stage.

England’s Margot Prow moved up 130 places to 221 in the women’s rankings after battling to the semi-finals of the SOAP Engineering Squash Open in Texas in the United States in April.

Vanessa Raj of Malaysia enjoyed an 89-place jump to 262 after making it to the quarter-finals of that tournament, where she lost out to Prow.