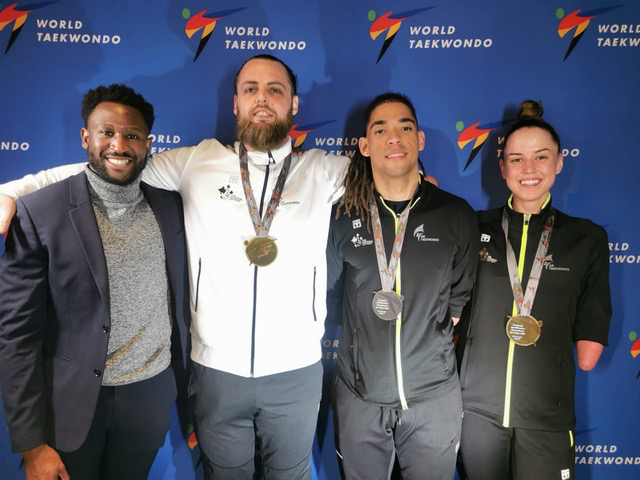 Azerbaijan and Britain dominated the European taekwondo qualifier for the sport's Paralympic debut at Tokyo 2020, sharing the six available berths between them.

Four taekwondo players from Azerbaijan - which hosted the first-ever Para Taekwondo World Championships in 2009 - were victorious in Sofia, including Abulfaz Abuzarli.

Lane had been down by five points when a timeout was taken 12 seconds from the end, and the Briton's attacking flourish was anticipated by Abuzarli, who extended his advantage.

At over-75kg, world champion Matt Bush was in dominant form and beat Hungary's Zoltan Kiss 28-1 in the final.

Munro defeated Italian Sara Enea 68-6 in her only match.

"This is an achievement in itself but the aim is a medal in Tokyo.

"I don’t know what colour."

Britain's Amy Truesdale had already qualified for the Games in that class.

Taekwondo is on the Paralympic programme for the first time at Tokyo 2020.