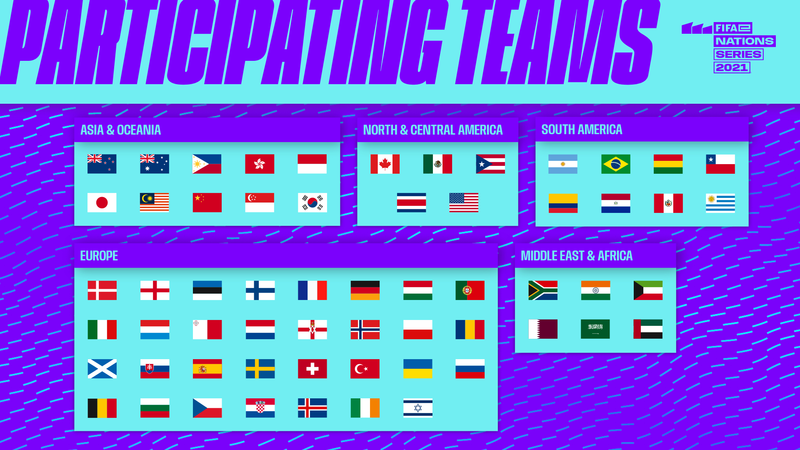 Sixty national teams have been entered into the 2021 edition of the FIFAe Nations Cup.

That represents an increase of 200 per cent, and regional qualifiers are presently underway to determine the 24 teams that will contest the final tournament.

Danish capital Copenhagen is set to stage an in-person final tournament from August 20 to 22, and as host nation has already qualified.

This is the second edition of the two-on-two competition - now being played on the FIFA 21 game - after France won the title in 2019.

"The excitement ahead of this event, which will bring people together from all corners of the globe, is huge," claimed Christian Volk, FIFA’s director of efootball and gaming.

"A place in the history books is not the only thing awaiting the winners, but also fame and recognition from their compatriots.

"We’re looking forward to partnering with the Danish Football Association and EA SPORTS on the FIFAe Nations Cup."

Danish Football Association chief executive Jakob Jensen said the organisation was "happy and proud" to be staging the final tournament.

"We are looking forward to hosting one of the biggest FIFAe tournaments in the world, where world class players, including our own Danish players, will create the action, drama and excitement," added Jensen.

FIFA says it will continue to monitor COVID-19 developments, with the global health crisis threatening to make in infeasible to stage an in-person event.