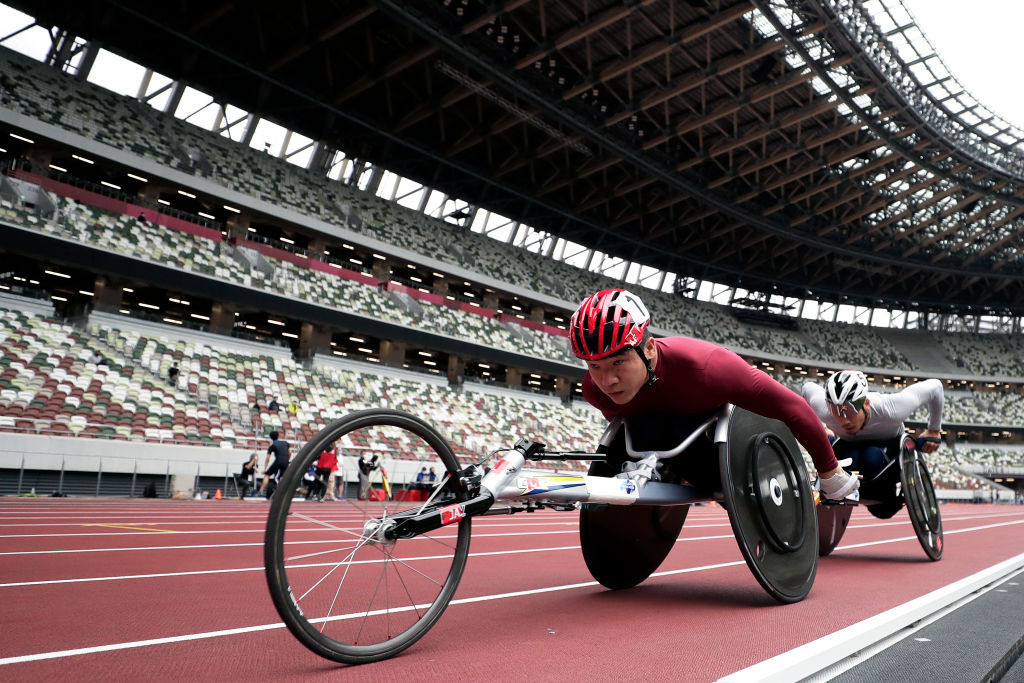 Two Asian records were broken as 120 Japanese Para athletes followed their Olympic team mates into the renovated National Stadium for their own Ready Steady Tokyo test event ahead of the Paralympics that are due to open on August 24.

Yuya Sambongi was the first to set a new Asian mark with his time of 53.43sec in the men's T45 400 metres, and soon afterwards Yuki Oya clocked 17.12sec in the men's 100m T52 to break the Asian record he had set at the Japan Para Athletics Championship in March this year.

Ryo Kosone broke his own national F54 javelin record with a 23.80-metre throw on his fourth attempt, and Yamato Shimbo followed suit in the men’s F37 javelin category with a 49.87m throw that shattered the record of 47.64 he set last month.

It was also a special day for javelin thrower Akihiro Yamazaki and sprinter Sae Tsuji who heard they had had their places on Japan's Paralympic team confirmed through their world rankings as of April 1 this year.

For many of the athletes at the test event it was also a first chance to run, jump or throw in the new National Stadium.

"The moment I entered the stadium, I felt the unique atmosphere of the Paralympics," said reigning T64 long jump world champion Maya Nakanishi.

"There was a moment when I felt that I was back on this stage again, so I have a renewed determination to improve my performance and shine with the time I have left.

"Something big is waiting for me here."

Vision-impaired long jump athlete Takada commented: "I think I did 60 per cent or 70 per cent of what I had to do today.

"The jump itself was not so good, but I think it was good to get used to the arena for the first time."

Meanwhile the capabilities of the field support robot (FSR) for retrieving athletes’ javelins and discuses after they had been thrown were put to the test.

In past Games officials have used a radio-controlled car to collect javelins and discuses, but these FSRs, which will feature at both the Olympics and Paralympics this summer, have autonomous capabilities and can select the best route when moving from one point to another.

"It was very easy to run on the track and there was no wind, so the conditions were perfect on the ground," said Rio 2016 T11 long-distance runner Karasawa Kenya.

Tomoki Satp, a double Rio 2016 silver medallist who holds world bests in the men’s T52 400 metres and 1500m, added: "My impression is that it is light, easy to run on and I am feeling good, but I think I can aim for the world record with it."