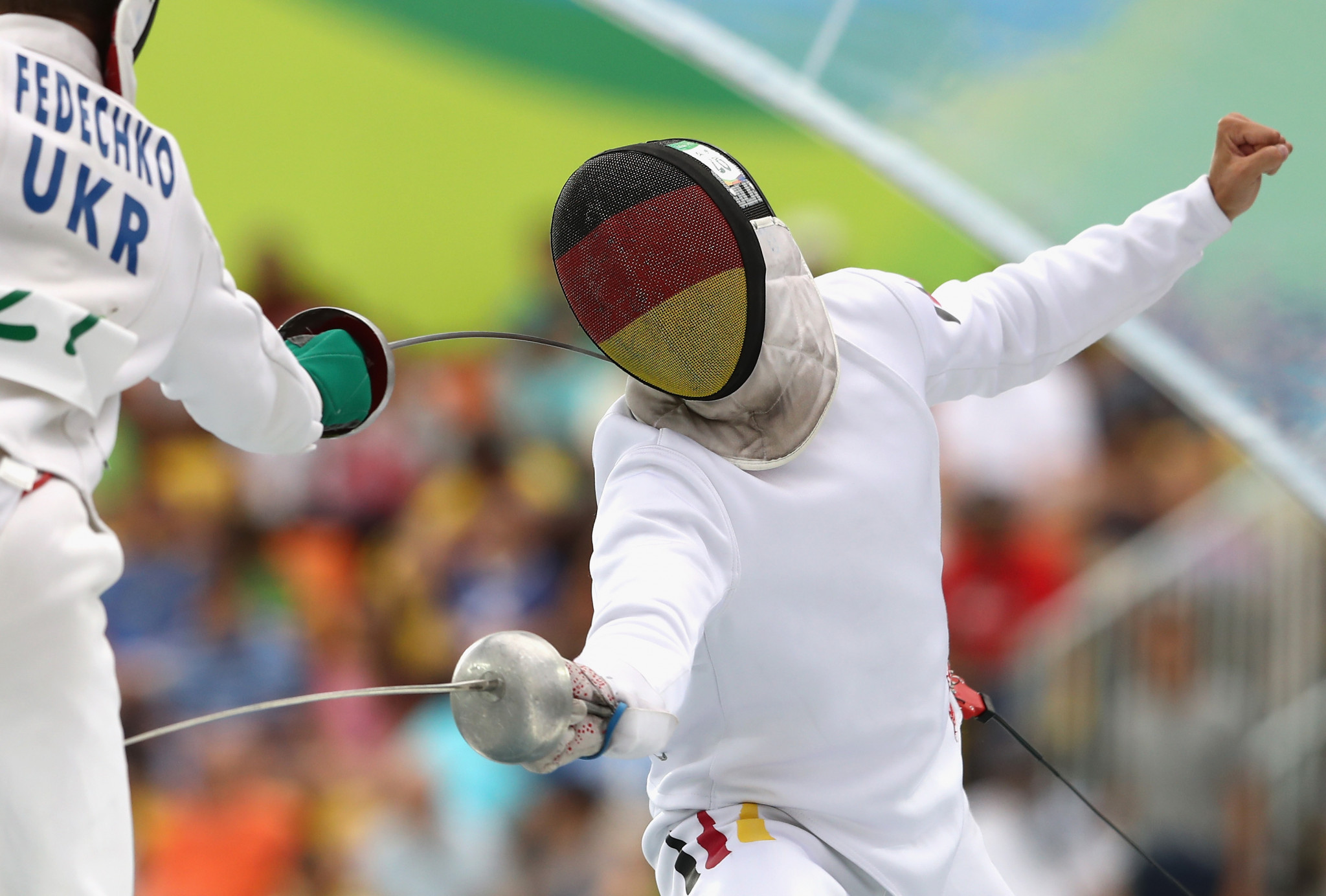 Schleu and Zillekens racked up a score of 1,447 points to take the title ahead of Silkina and Palazkov, who finished agonisingly short with 1,443.

"I didn't know we were going to make it but mixed relay has its own rules.

"We're super happy in the end."

Schleu and Zillekens started the event by finishing eighth in the fencing before coming fourth in both the swimming and riding and securing gold with a third-place finish in the laser-run.

"It was great fun to fight with the other countries and I'm very happy about the last 800 metres," said Zillekens who won individual gold at the 2019 UIPM World Cup in Székesfehérvár.

"I knew from two years ago how to take off in the corner, and the result was the same."

There were just seven points separating third and sixth with Sophia Hernandez and Charles Fernandez of Guatemala collecting bronze on 1,437.

"I can't believe it," said Hernandez.

"I almost had a heart attack when we won the medal.

"We had a really good swim and won our heat, but in the fencing we struggled - mostly me.

"Our horse was eliminated and we had to change, but in the end we did OK.

"The laser run was amazing, we both did a good job and Charles smashed the run."

"Yesterday I started seventh and dropped back four places, which was a little bit difficult for me, but today was a nice turnaround.

"Hopefully this will be good preparation for me for Tokyo and will help Sophia in her bid to qualify for the Games.

"We're looking forward to the World Championships in Cairo."

Competition in the Egyptian capital is due to begin on June 7.