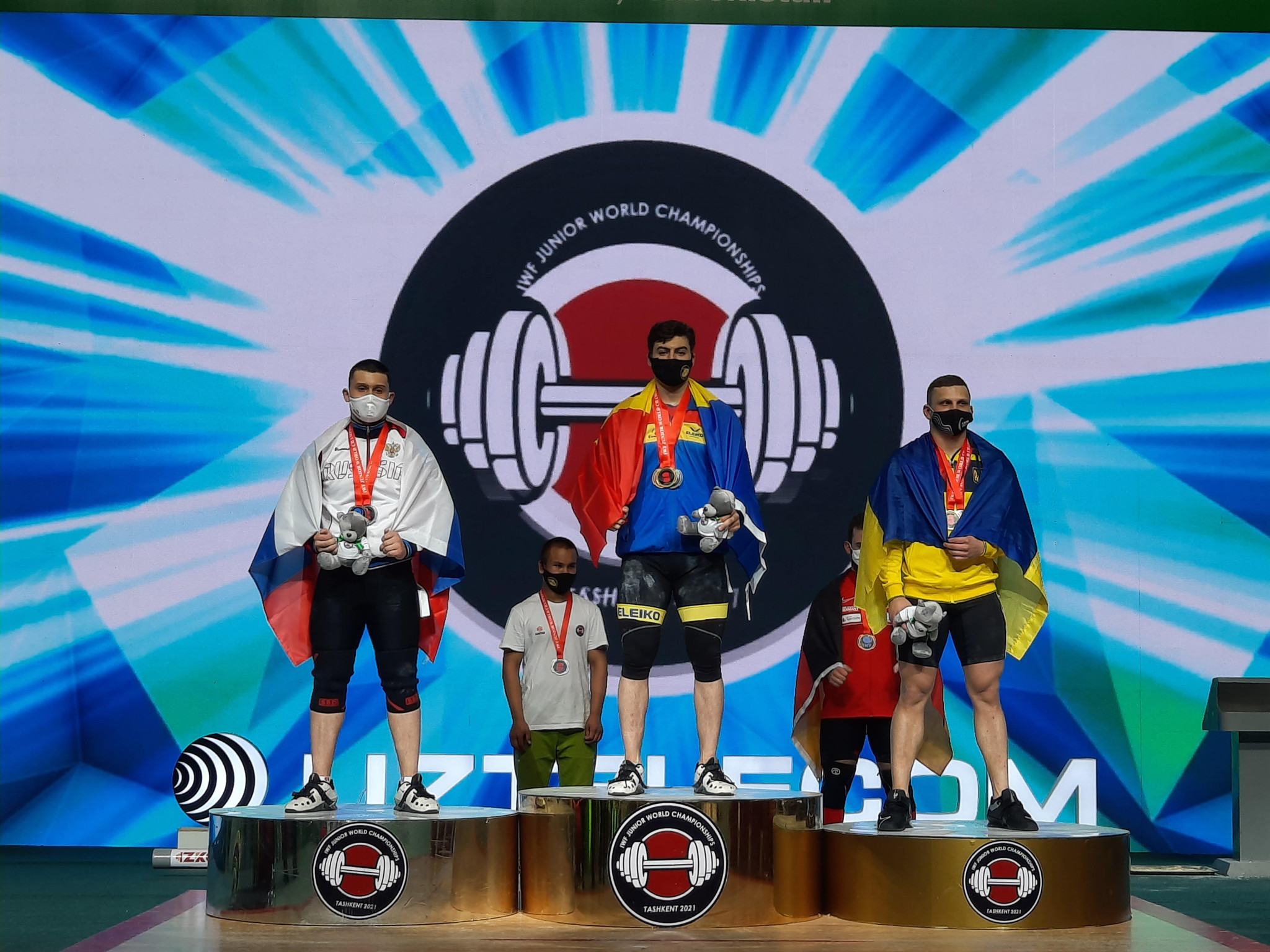 Moldova won its first ever junior world title and Russia was on top of the podium at this level for the first time in six years on day six of the International Weightlifting Federation (IWF) Junior World Championships in Tashkent, Uzbekistan.

Brilliant performances by teenagers have given a big boost to both nations, which have undergone rebuilding programmes for a clean future after being dragged down by historic doping cases.

Gold medallists Iana Sotieva of Russia, who won the women’s 76 kilograms, and Tudor Bratu of Moldova, the men’s 89kg winner, are both 18.

There was also an impressive effort from 17-year-old Maksim Moguchev, another Russian who finished five kilograms behind Bratu in second place.

After four bronze medals earlier in the week it was finally time to move up the podium for Russia, which last won junior world titles in 2015, the year before Maxim Agapitov took over as President of the Russian Federation with a plan to clean up the sport.

There were signs of young talent coming through at the 2019 European Youth Championships in Eilat, Israel and more good news for Russia in Tashkent.

Sotieva, a youth champion in Eilat, won the Russian Cup in January and was beaten only two kilograms by the Ukrainian champion Iryna Dekha at the senior European Championships in Moscow last month.

Bella Paredes of Ecuador was second on 217kg, with Ryna Litoshyk of Belarus third a further two kilograms behind.

Anna Mcelderry of the United States, second in the snatch, finished fourth and there was a top-eight finish for Elnaz Bajalani of Iran despite making only three of her lifts.

The female development programme in Iran, which began only three years ago, appears to be working well.

The men’s champion Bratu has made steady progress since his first appearance at the European Youths two years ago, and was ninth in the seniors in Moscow last month.

Daniel Kuzmichev of Russia was the champion in Eilat in 2019 but he could finish only eighth this time, 19kg behind Bratu and 14kg behind teammate Moguchev.

The bronze medallist was Oleh Nikolaienko of Ukraine.

Antonio Conflitti, President of the Moldovan Weightlifting Federation, said he was hopeful of good results in Tokyo and was "much more optimistic" about Paris 2024.

He said the reform strategy, which included kicking out athletes and coaches from the doping era, was working.

"We have changed, and the most important thing is our medals are doping-free," he said after Bratu’s landmark win.