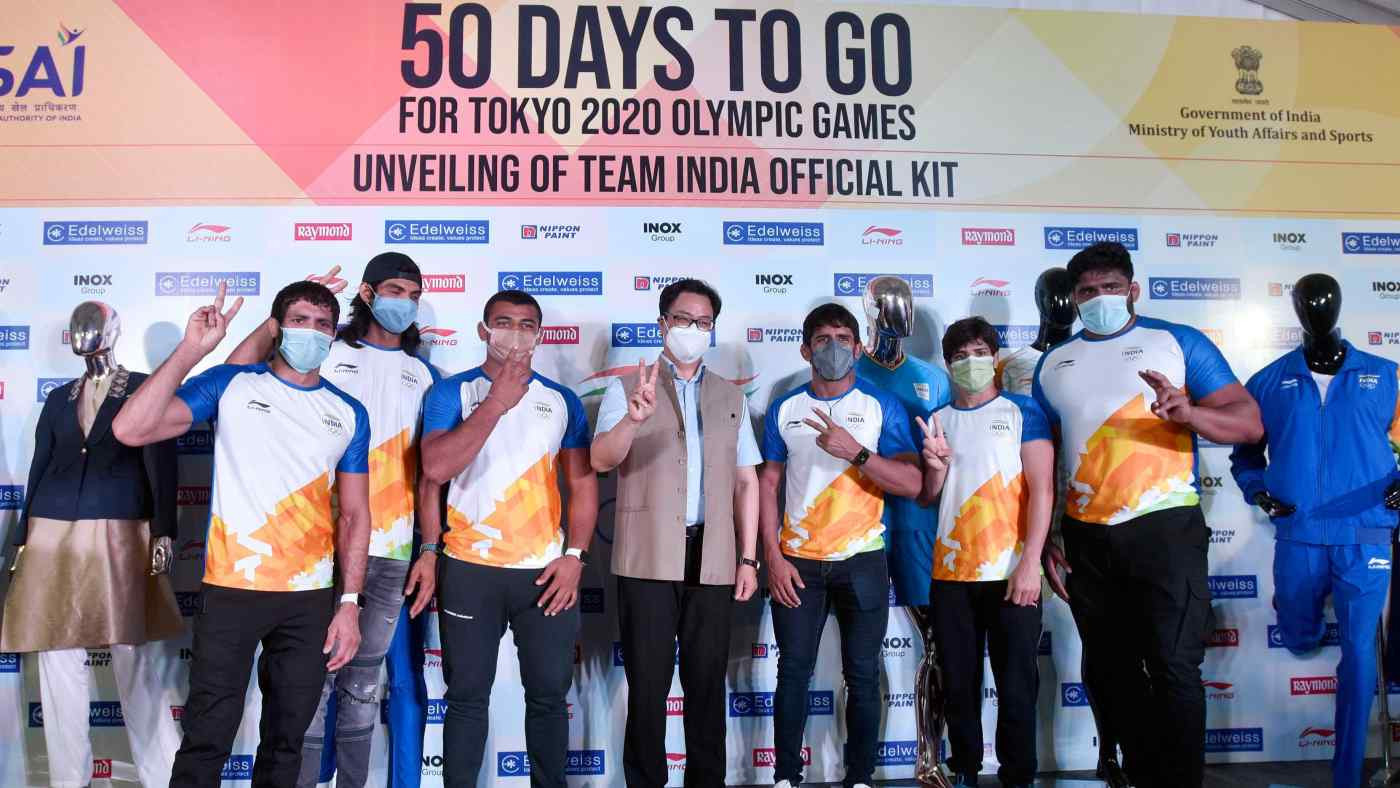 India has dropped Chinese sportswear manufacturer Li-Ning as its official kit provider only six days after unveiling the uniform designed by the company for Tokyo 2020.

The Indian Olympic Committee (IOA) claimed it had taken the decision to sever ties with Li Ning it out of respect for the "sentiments of the people of the country".

Chinese companies have faced a backlash in India since 20 Indian soldiers were killed in a clash with Chinese forces in a Himalayan border dispute last year.

The IOA at that time decided to review its tie-up with Li-Ning, which was due to expire after this year’s rearranged Olympic Games in Tokyo but went ahead with last week’s kit reveal.

It sparked severe public criticism, with many Indian's taking to Twitter to speak out against it.

Following advice from the Indian Sports Ministry, the IOA took the Government’s guidance and ended the relationship.

"We are aware of the emotions of our fans and… have decided that we will withdraw from our existing contract with an apparel sponsor," Indian Olympic Association President Narinder Dhruv Batra and secretary general Rajeev Mehta said in a statement which did not reference Li-Ning.

The #TeamIndia Olympic team will be donning Li Ning (Chinese company) kits. Looks good cant argue with that but the question is why would India that is having issues with China let this happen?

Nonetheless wishing much success to team India for #Tokyo2020 💯👊 https://t.co/34nYWz46rC

"Our athletes, coaches and support staff will wear unbranded apparel.

"We are thankful for guidance by the Ministry of Youth Affairs and Sports in making this decision.

"We would like our athletes to be able to train and compete without having to answer questions about the apparel brand.

"As it is, they have all been challenged by the [coronavirus] pandemic over the past year and a quarter, and we want them not [to be] distracted,"