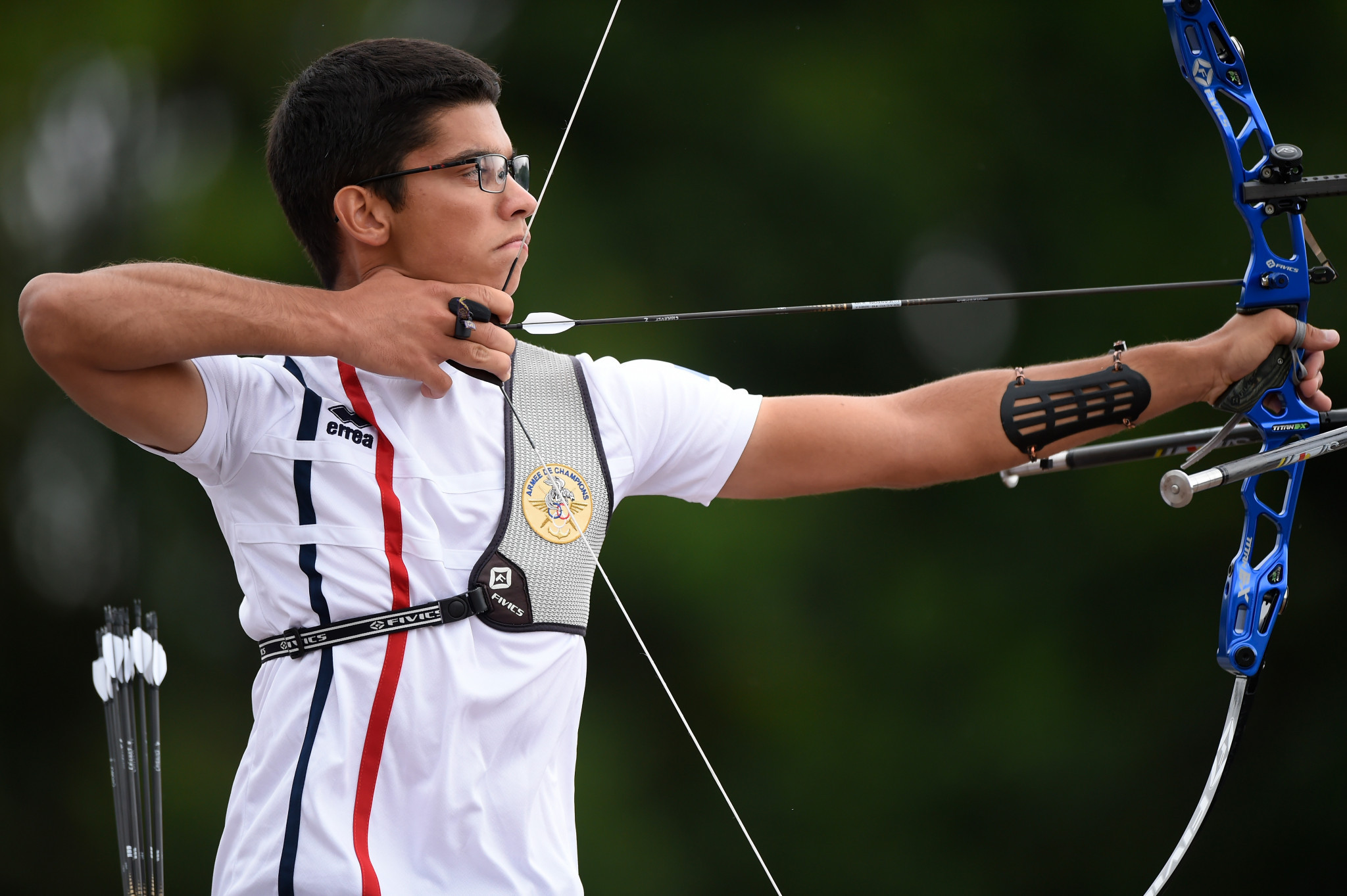 The United States, Indonesia and hosts France clinched the final three Olympic spots in the recurve men’s team competition at the World Archery qualifier in Paris.

Two of the places were secured after the semi-finals with, the US overcoming France 6-0 before Indonesia saw off Ukraine 6-2.

After the disappointment of losing their semi-final, France responded in fine fashion as they defeated Ukraine 6-0 in the bronze-medal match.

The US team went on to win the competition - which was delayed by a storm - as they beat Indonesia 5-3 although their place at the Olympics had already been confirmed.

Their last three arrows against France each found the centre of the X ring for a perfect finishing score.

"That last X in the semi-final really felt like an amazing shot," said Williams, who shot last as the anchor.

"It’s something we’ve trained for over and over at the [Chula Vista Elite Athlete] training centre playing gold game.

"I would have been ready to shoot that 10 whenever, but being able to lay back, aim in the middle, make a good strong shot when I needed, felt really good.

"It showed everybody that we’re here to play."

Ellison added: "It’s absolutely awesome to have the team going to Tokyo.

"We’ve always said we didn’t have any doubts, but this last chance qualifier is tough; there’s only three spots and a lot of amazing teams."

In the quarter-finals, France downed Mexico 5-3, the US ran out 6-2 winners against Spain, Indonesia claimed a 5-1 victory over Italy and Ukraine proved too strong for Malaysia, winning  6-2.

The US, Indonesia and France join Australia, China, Chinese Taipei, Britain, India, Japan, Kazakhstan, South Korea and The Netherlands who have already qualified for Tokyo 2020.

Competition is due to continue tomorrow when 29 recurve women’s teams will battle it out for just three quota spots.