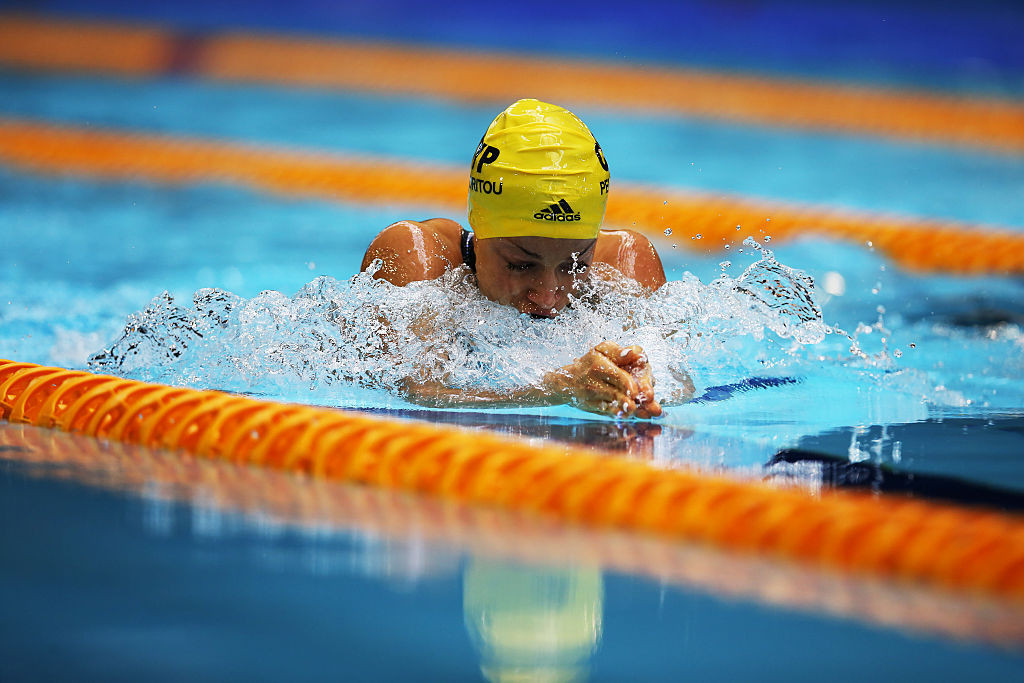 The 34-year-old visually impaired swimmer, who has won three world titles and two Paralympic golds in the SB13 class 100 metres breaststroke, began in the morning heats by lowering the SB11 mark in the women’s 50m breaststroke to 36.55sec.

In the evening session she collected world record number two by clocking an S11 best of 30.20 in the women’s 50m freestyle final - ideal form with the Tokyo 2020 Paralympics on the horizon.

Second place went to S11 swimmer Liesette Bruinsma of The Netherlands, who clocked 30.35, and China’s S11 swimmer Ma Jia took bronze in an Asian record of 30.64.

An hour later she was back in the pool at the Schwimm- und Sprunghalle in the Europasportpark and improving her SB11 50m breaststroke record to 36.13, taking gold with her total of 1,141 points.

Second place went to SB9 swimmer Chantalle Zijderfeld of The Netherlands, who clocked 32.47 for a total of 1,068.

Home swimmer Taliso Engel, in the SB13 class, and Spain’s SB5 athlete Antonio Ponce Bertran were also in world-record form, setting new respective marks of 29.31 and 40.23 for the men’s 50m breaststroke in the morning heats, and bettering them in the evening session.

And another home swimmer, Josia Topf of the SM2 category, followed up his previous day’s world records in heats and final of the men’s 150m medley with an S2 world record of 46.85 in the heats of the men’s 50m freestyle.

Both Taliso Engel (SB13) ?? and @tponce87 (SB5) ?? broke the world record in their respective classes TWICE this Saturday! They set new marks during the heats and in the final of the men’s 50m breaststroke!

Topf did not contest the 50m freestyle final, which saw Israel’s S4 swimmer Ami Omer Dadaon win his third gold at this meeting as he clocked 37.38, with second place going to Japan’s S4 swimmer Takayuki Suzuki in an Asian record of 37.47 and China’s Yuan Weiyi earning bronze with an S5 Asian record of 31.31.