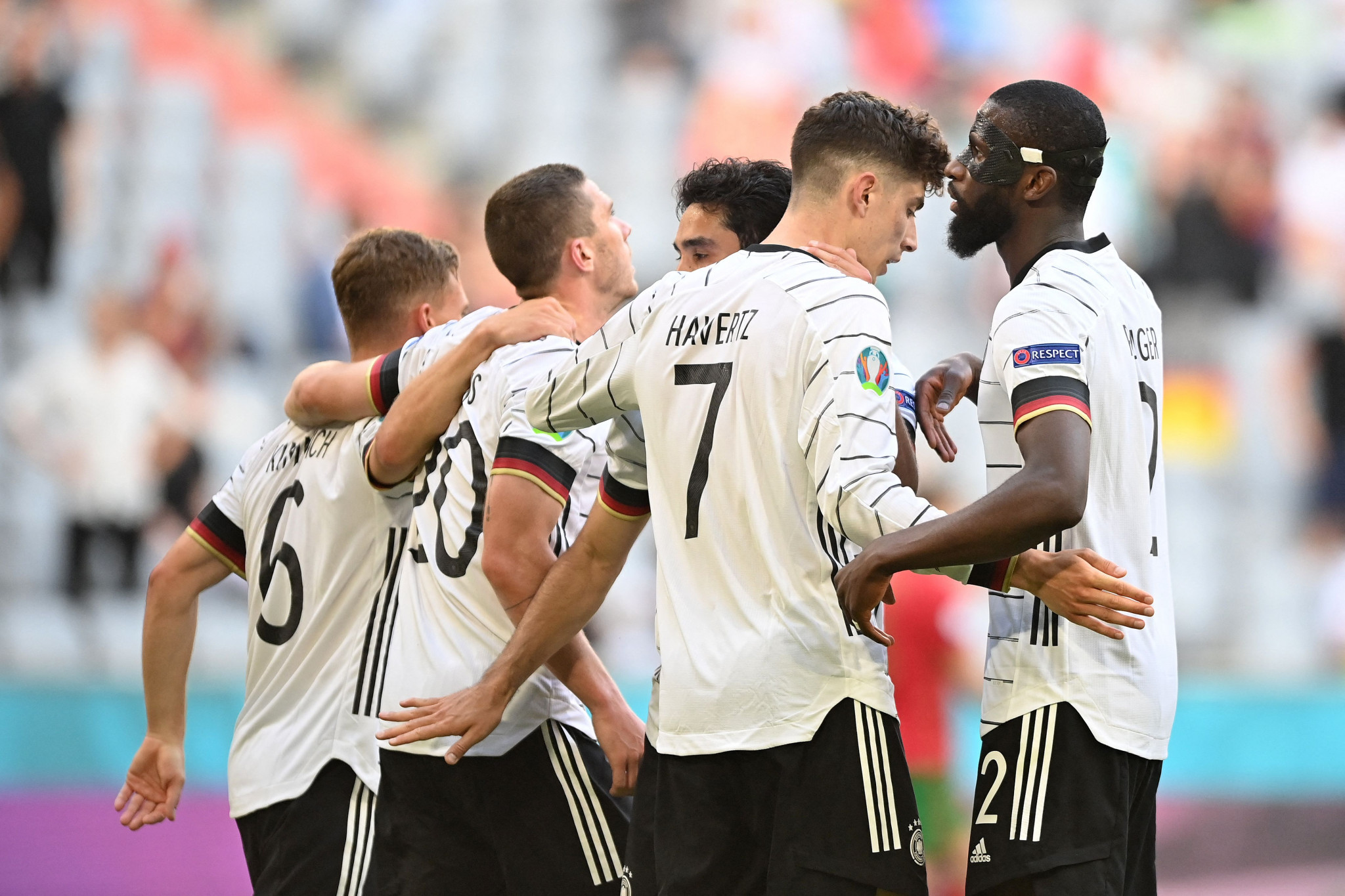 Germany got their Euro 2020 campaign up and running with an emphatic 4-2 win over reigning champions Portugal, while Hungary held world champions France to a 1-1 draw and Spain encountered the same fate versus Poland.

In the day's standout fixture at Munch's Allianz Arena, Germany fell behind to Cristiano's Ronaldo's third goal of the European Championship - a tap-in at the end of a brilliant Portuguese break.

Despite taking a 15th-minute lead - which came after Germany had an offside goal overturned - Portugal looked vulnerable from wide areas all match, and Rúben Dias and Raphaël Guerreiro scored own goals in quick succession when trying to defend crosses, giving the Germans a 2-1 lead at the interval.

Kai Havertz converted a Robin Gosens cross on 51 minutes give Germany a two-goal lead, and Gosens himself added a well-deserved fourth goal to seemingly put the game to bed.

Diogo Jota gave Portugal a little hope, tapping in from Ronaldo's cutback in a role reversal from the opener, but 4-2 was the final score.

Both teams now have three points, with Germany second in Group F by virtue of the superior head-to-head record.

France are top on four points, following their draw at the Puskás Aréna in Budapest.

The hosts led through wing-back Attila Fiola, who got in behind the French backline and beat goalkeeper Hugo Lloris at his near post.

Cheered on by more than 60,000 fans, Hungary again proved to be no walkover, and the goal gave the team extra confidence.

However, they could not hold out for the win, with Antoine Griezmann grabbing an equaliser when the hosts failed to deal with some route-one football and Kylian Mbappé's frightening pace.

Hungary will face Germany in their last group game needing a win to advance, while France face Portugal in a rematch of the 2016 final.

Later today, in Seville, Spain were again frustrated and held to a 1-1 draw by Poland.

Gerard Moreno then missed a penalty as Spain again failed to turn possession into goals, and with only two points so far, the 2008 and 2012 champions still have work to do if they are to reach the last 16.

Poland now have one point, with the draw keeping their hopes alive.