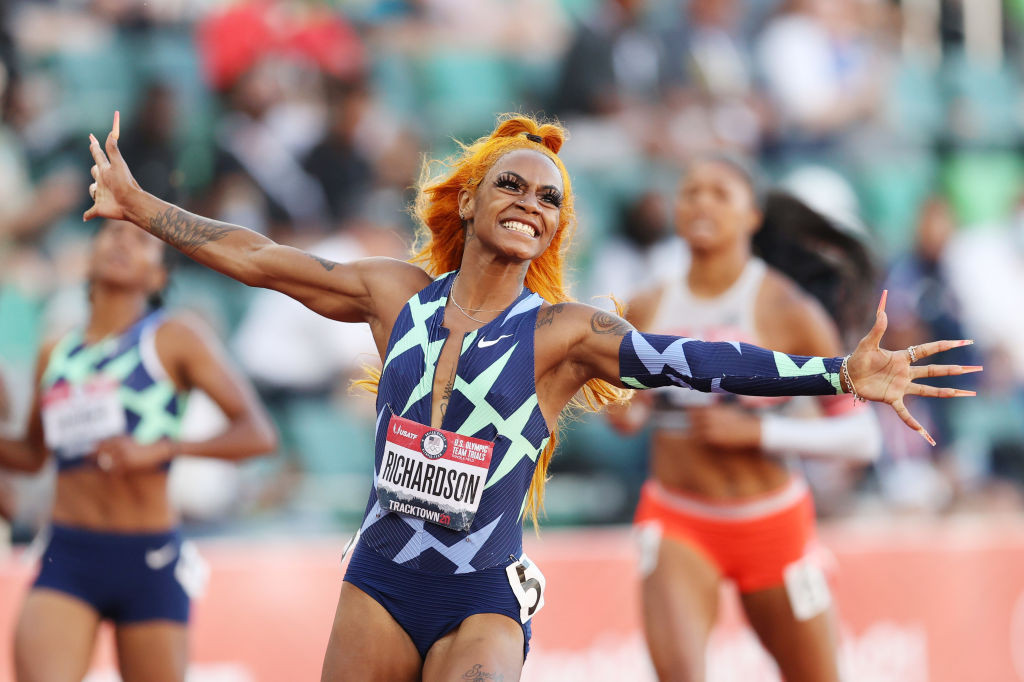 Sha’Carri Richardson booked her place at Tokyo 2020  by winning the women’s 100 metres at the United States Track and Field Olympic trials in Eugene in Oregon in 10.86sec.

At an event that has traditionally offered automatic qualifying places to the first three in each event - dependent upon having the relevant standard performance - the rapidly rising 21-year-old from Dallas in Texas secured her first Olympic appearance in dominant fashion,

Richardson, who also ran a wind-aided 10.64 in the semi-finals, just a hundredeth of a second off the wind-legal best mark of 2021 run by Jamaica’s 35-year-old world and Olympic champion Shelly-Ann Fraser-Pryce, will be joined in Tokyo by two other Games newcomers.

Javianne Oliver and Teahna Daniels were respectively second and third in 10.99 and 11.03 at the newly rebuilt Hayward Field, which is due to host next year’s postponed World Athletics Championships.

The US has not won Olympic gold in the women's 100m since 1996, when Gail Devers - who cultivated long, decorated fingernails, as does Richardson and as did Richardson’s professed role model, the late world record holder Florence Griffith Joyner - earned her second successive title.

This year Richardson, who has three of the six fastest times in the world including a wind-legal 10.72 in April.

After winning her semi-final by 0.2 seconds, she pointed at the clock as she crossed the finish line.

Congratulations to the women's 100m #TrackFieldTrials21 ???!

In what might have been a message to Fraser-Pryce, Richardson responded to a question about her age after the final by saying she uses it as "an intimidating factor," adding:

"If you’ve been doing this and I step on the scene, I’m letting you know I respect you for you putting on for our sport.

"But at the end day, when we get on this line, what you’ve been doing, you have to do that against me."

In a Zoom call with the British press ahead of last month’s Gateshead Diamond League meeting, Richardson responded sharply to the suggestion that her reputation might be tarnished by association as she is coached by Dennis Mitchell, who was banned for two years in 1998 for a testosterone positive and later testified to being injected with human growth hormone by former coach Trevor Graham.

"What I do when I perform is literally down to talent and hard work."

Jenna Prandini, fourth in 11.11, looks as if she has booked a place in the relay.

Aleia Hobbs, disqualified for a false start in the semi-finals, received the news shortly before the final that her appeal had been upheld and she was put into lane nine.

Valarie Allman will also be making her Olympic debut at Tokyo 2020 after winning the women’s discus with 69.92 metres.

Third-placed Rachel Dincoff, who threw 60.21m, will be joining her, but Micaela Hazlewood, who recorded 62.54m, does not yet have the Olympic standard of 63.50m.

Meanwhile it is reported that Rio 2016 3,000 metres steeplechase silver medallist Evan Jager's Tokyo chances have gone after he pulled out of the trials with injury,

The Trials are due to run at Hayward Field until next Sunday (June 27).