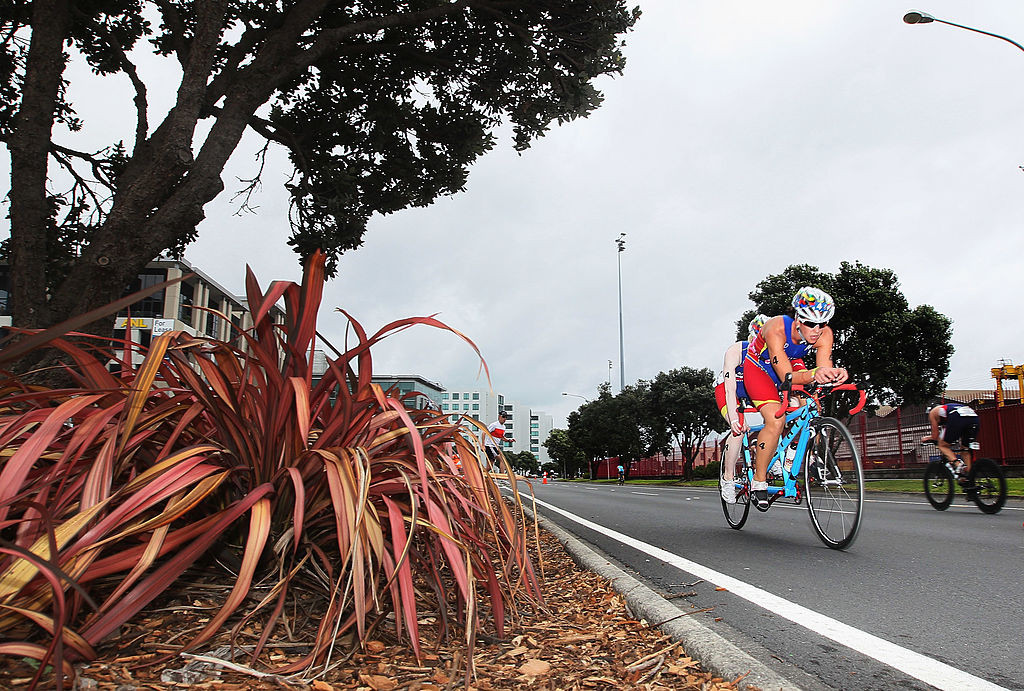 Hosts Spain won four of the 12 titles at the latest round of the World Triathlon Para Cup at A Coruna, with France and Britain each earning two golds.

The PTWC men’s wheelchair category was won by France’s H2 athlete Louis Noel in a time of 1hr 10min 7sec, ahead of two H1 paratriathletes in Fathi Zwoukhi of Tunisia, who clocked 1:11:29, and Russia’s Semen Radaev, who recorded 1:11:36.

Silver went to H2 paratriathlete Mona Francis of France in 1:16:58, and bronze to H1 competitor Eva Maria Moral Pedrero of Spain in 1:17:00.

In the PTS2 category for severe impairments gold in the men’s race went to Mikhail Astashov of Russia in 1:14:39, from Spain’s Lionel Morales and Jose Joaquin Martinez Rincon, who clocked 1:15:12 and 1:49:50 respectively.

In the PTS3 category for significant impairments Spain’s Daniel Molina was triumphant in 1:12:20, with France’s Michael Herter second in 1:20:50 and Joaquin Carrasco of Spain third in 1:24:00.

Britain’s Michael Taylor won the men’s PTS4 category, for moderate impairments, in 1:03:20, with silver going to Spain’s Alejandro Palomero in 1:04:42 and bronze to Jorge Fonseca of Brazil in 1:06:18.

The men’s PTS5 category, for those with mild impairments, was won by Canada’s 2016 Paralympic silver medallist Stefan Daniel in 59min 48sec, from Spain’s Jairo Lopez in 1:00:45 and Ronan Cordeiro of Brazil on the same time.

"Being my first triathlon in two years it was OK but it didn't feel amazing," said Daniel.

"The goal today was just to get back into the rhythm of things."

Frenette, a pharmacy student who has been delivering COVID-19 vaccinations in Nova Scotia, while preparing for the Tokyo 2020 Paralympics, said of her second international podium finish - the first being in 2018 - "I think it was definitely a great race to shake the cobwebs."

In the PTVI category for visually impaired paratriathletes, the men’s title went to B3 category Arnaud Grandjean of France in 1:03:46, from fellow B3 athlete Oscar Kelly of Britain, who finished in 1:04:54.

Third place went to Ireland’s B3 competitor Donnacha McCarthy in 1:05:05.

B1 competitor Susana Rodriguez of Spain won the women’s PTVI race in 1:10:27 from B3 athletes Melissa Reid of Britain, who clocked 1:10:32, and Liudmila Taranskaia of Russia, who finished in 1:12:41.