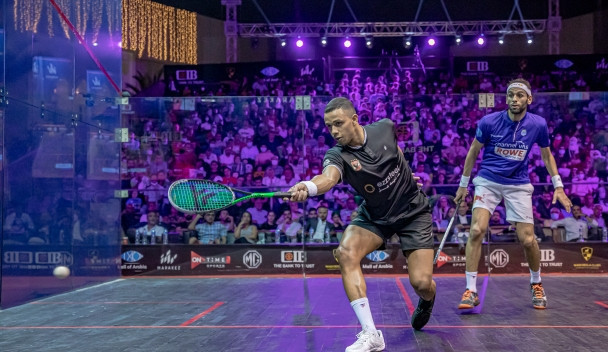 Meanwhile the PSA rankings for July 1 reveal Egypt’s Nour El Sherbini as women's leader for a 40th month in total.

Asal, 20, has made his breakthrough after rising by three places having defeated world number two Mohamed ElShorbagy to lift his first major PSA title at Cairo’s Mall of Arabia.

That capped a week which had already seen him beat three other leading compatriots in world number one Ali Farag, world champion Tarek Momen and defending champion Marwan ElShorbagy.

Farag stays ahead of Mohamed ElShorbagy, but the gap between them has been cut significantly, meaning that ElShorbagy can take top spot from Farag at the World Squash Championships later this month in Chicago.

For now though, Farag has made it 20 months at world number one, which means his total reign is now longer than English legend Nick Matthew, and he joins French veteran Gregory Gaultier in ninth place on the all-time list of longest-reigning top-ranked men.

El Sherbini, 25, has now matched the total of Australia’s Sarah Fitz-Gerald as she moves up to joint-fourth on the list of all-time list of longest-reigning female world number ones.

Since first capturing the top spot at the age of 20 in May 2016, El Sherbini has spent 40 of the past 63 months in that position, holding it for the last nine months in succession.

However, world number two Nouran Gohar’s win at the PSA World Tour Finals has seen the 23-year-old emerge as the biggest challenger to El Sherbini with the World Championships coming up from July 14 to 22.

Gohar, who spent four months at number one between July and October, 2020, only has to match El Sherbini’s results at the event to guarantee she holds the world number one spot on August 1.

And if El Sherbini fails to reach the finals Gohar will go top whatever she does.