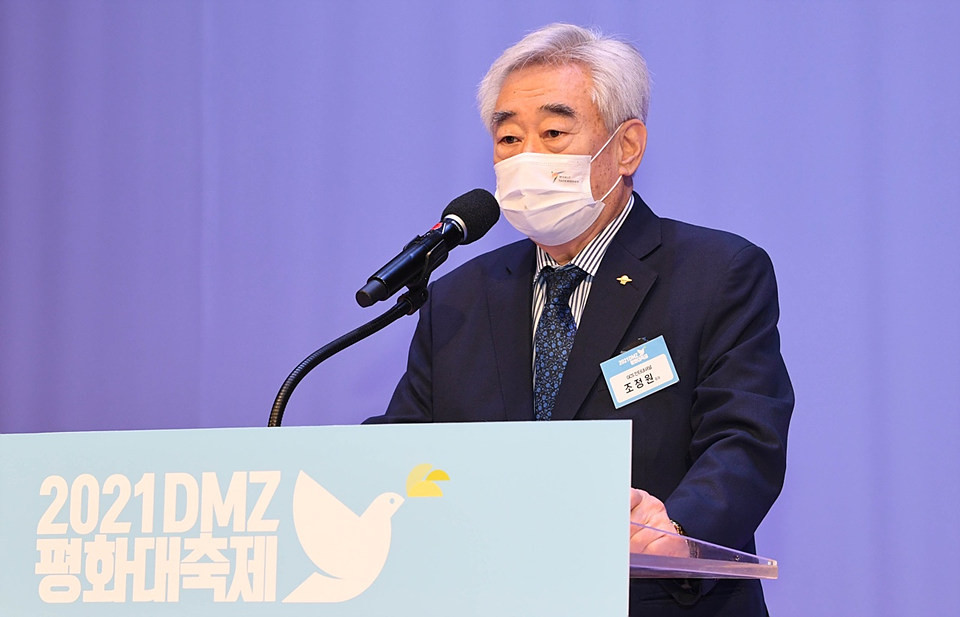 World Taekwondo President Chungwon Choue was among those to attend the third edition of the DMZ Peace Festival in South Korea.

The event was held at the Theater Hall of the Munsan Administrative Welfare Center in Paju, which lies close to the demilitarised zone (DMZ) which separates North and South Korea.

Organisers hope that the festival will promote better relations between the Koreas which have historically been locked in conflict.

World Taekwondo is one of the supporters of the event, alongside Seoul-based social organisation GCS International, which is also headed by Choue.

The Korea Ministry of Culture, Sports and Tourism and the Korea Fair Play Committee are other backers.

Because of COVID-19, only 100 people were allowed to participate at the festival in person, but the event was shown live on YouTube.

World Taekwondo's demonstration team performed, while there was also a display by the GCS Global Peace Corps Taekwondo Heroes team.

Fifty-four people were crowned as winners of an art competition and congratulatory messages were sent by US House of Representatives members Michelle Steel and Young Kim.

"I also hope that the taekwondo demonstration team of the North Korea-led International Taekwondo Federation will perform at the 2022 DMZ World Festival."