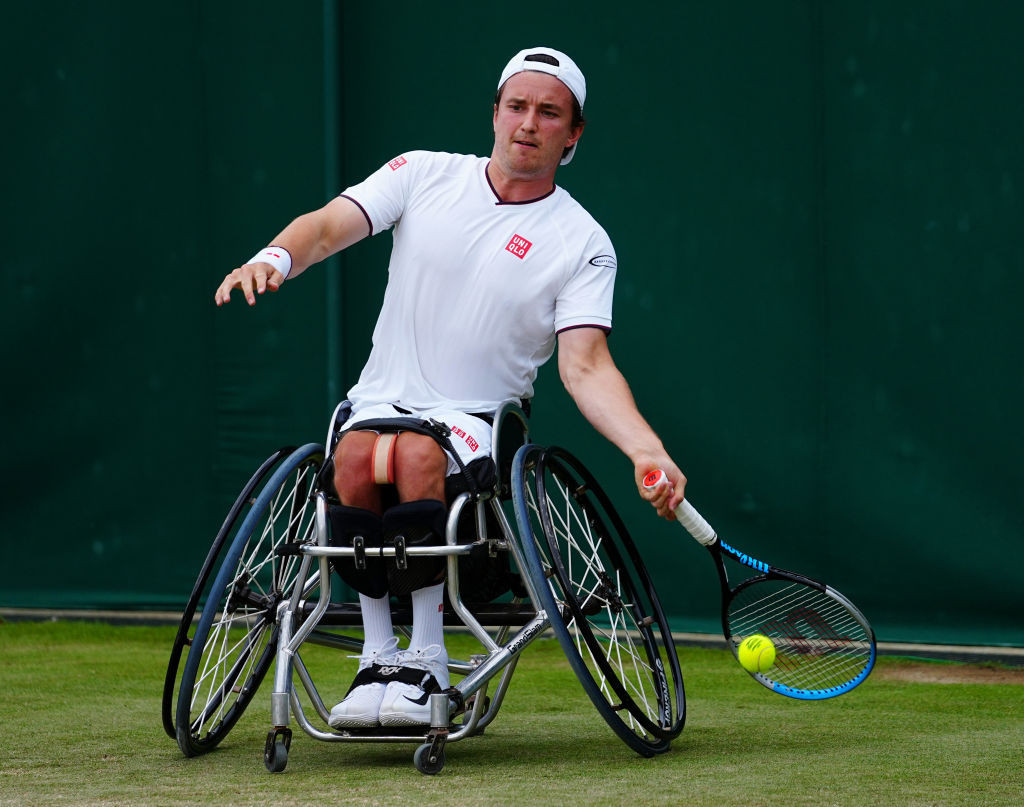 Britain’s Gordon Reid earned a passage to the men’s wheelchair singles final at Wimbledon the hard way by beating Argentina’s Gustavo Fernandez, the defending champion from 2019, 6-4, 0-6, 6-2.

Reid, winner of the inaugural Wimbledon men’s wheelchair singles title in 2016, had come from behind in his quarter-final to defeat Japan’s world number one Shingo Kunieda 1-6, 6-2, 6-3.

The Briton’s opponent in the final will be Belgium’s world number four Joachim Gerard, who won a hugely competitive semi-final against Stephane Houdet of France 7-5, 7-6 (18-16).

Reid also has a final date in the men’s doubles after he and Alfie Hewitt defeated Fernandez and Kunieda 6-2, 7-5.

In the women’s wheelchair singles, Reid’s compatriot Jordanne Whiley, having beaten the defending champion Aniek van Koot in her quarter-final, was unable to progress further as she lost to another Dutch talent, two-time Wimbledon winner and top seed Diede de Groot, 6-4, 6-1.

But Whiley has a doubles final to look forward to after she and Japan’s Yui Kamiji beat Angelica Bernal of Colombia and Japan’s Ohtani 6-1, 6-2.