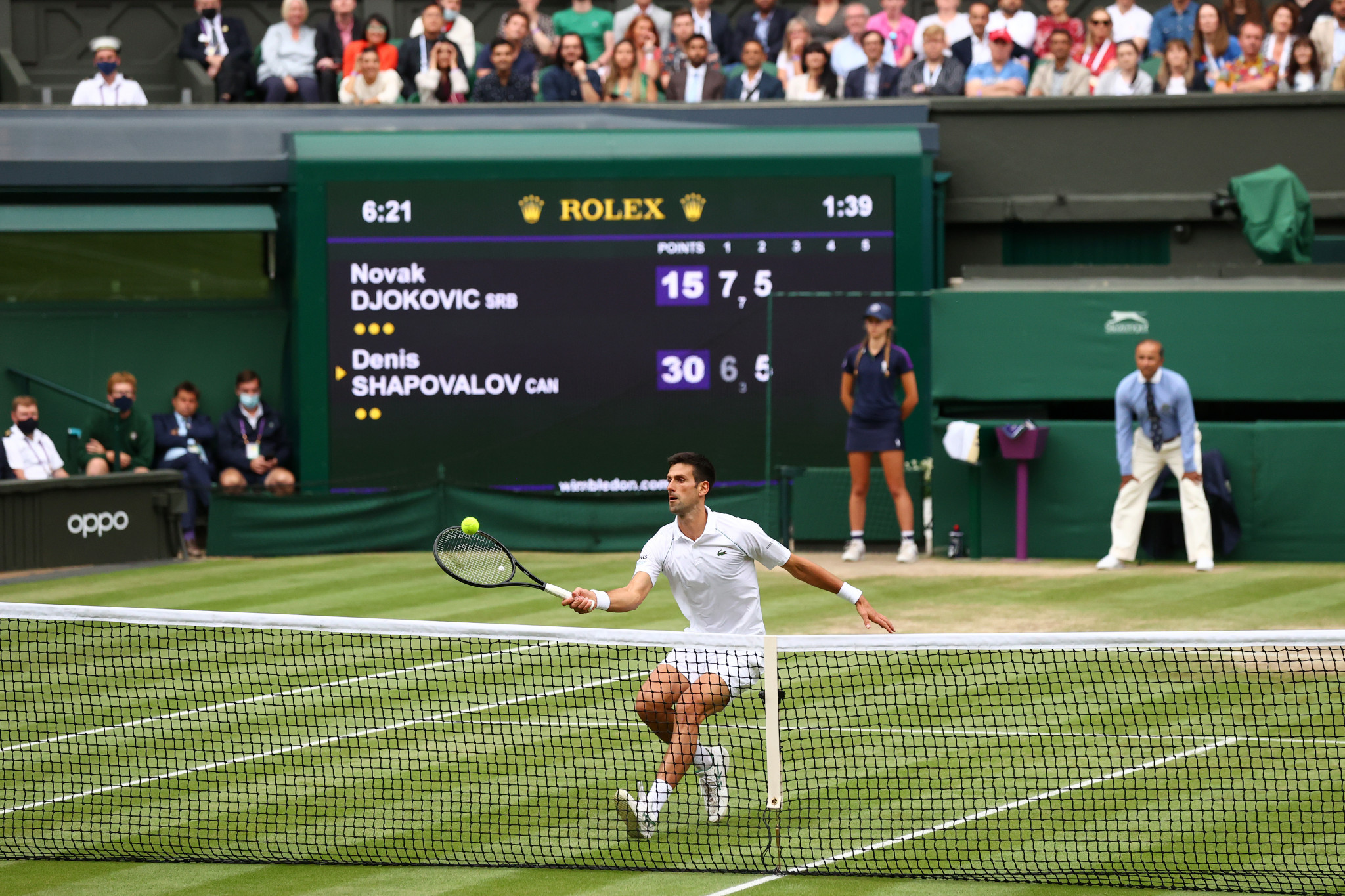 Top seed Novak Djokovic battled his way into his seventh Wimbledon men’s singles final, where he will face Matteo Berrettini, the first Italian man to reach this stage of the tournament.

The world number one, who is seeking a sixth title at the All England Club, was made to fight hard by Canada’s Denis Shapovalov, before the Serbian prevailed 7-6, 7-5, 7-5.

Shapovalov came out firing and broke Djokovic early in the first set, but things unravelled for the tenth seed as he was broken back attempting to serve for the set.

He made more crucial errors in the tiebreak, including a double fault, to hand Djokovic the first set.

Shapovalov created opportunities to break the top seed’s serve in set two, but could not take the chances, and was made to pay late on as Djokovic broke to take it 7-5.

A frustrated Shapovalov left the court to clear his head and channelled his anger positively as he once again took the fight to Djokovic.

Both players created break point chances in set three, but it was Djokovic who claimed the vital break, unleashing roars of delight as he broke serve and again as he clinched victory with an ace.

Djokovic will face Berrettini in the final, after the Italian seventh seed battled through in four sets 6-3, 6-0, 6-7, 6-4 against Poland’s Hubert Hurkacz, the 25th seed.

After an even start, Berrettini went on a hot streak winning 11 games in a row on his way to taking the first two sets in under an hour.

He looked well on his way to continuing his quest to become the first Italian man to win a Grand Slam singles final for 45 years, before Hurkacz reignited his challenge by taking set three on a tiebreak.

Berrettini broke early in set four and saw the match out to secure victory in his semi-final without dropping serve.