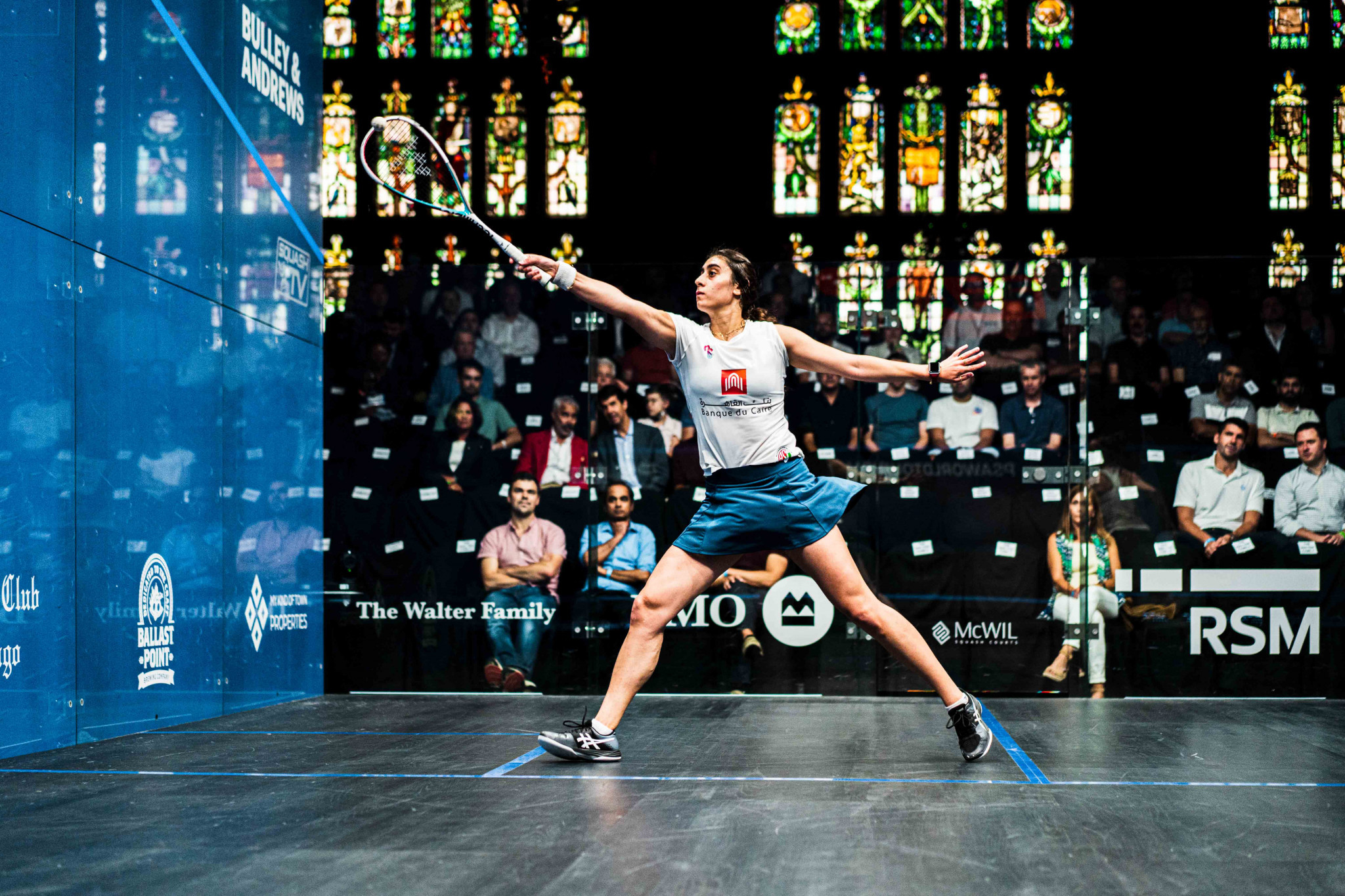 Tarek Momen had to come from behind to open his men's title defence on day one of the Professional Squash Association (PSA) World Championships in Chicago, as reigning women's champion Nour El Sherbini also went through.

Egyptian third seed Momen surprisingly lost the first game to Pakistan's world number 67 Asim Khan, but recovered to reach the second round with a 6-11, 11-5, 11-2, 11-5 success.

"He has some really good racket skills," Momen said after his win on the glass court at the University of Chicago's Cathedral Hall.

"From then on I just tried to get into the first game and try to find some rhythm because my length was really short and he was just volleying everything.

"But I'm happy to finally make it here after a year and a half."

Farag has good memories of Chicago after winning the 2018-2019 world title in the city.

She is seeking a fifth world title in all and a third in a row, and like Momen has also previously won in Chicago.

"I have many good memories here and it's good to be back at a big tournament in Chicago," she said.

"Playing at this venue and on this court is special and I'm really happy with how I played in my first round.

"I'm looking forward to the next one."

American fifth seed Amanda Sobhy, one of a dozen home players at the tournament, impressed with a 11-8, 11-1, 11-3 win over England's Jasmine Hutton.

"To have 12 US players in the World Champs is phenomenal and to be back playing the biggest tournament of our season on home soil after 16 months is such a relief and to have the home crowd here cheering for us US players," she said.

"It means so much and I'm looking forward to keep progressing at the tournament."

Egyptian fourth seed Hania El Hammamy earned a 11-3, 11-1, 11-3 over Serbia's Jelena Dutina, who was drafted into the draw at late notice due to withdrawals and was playing her first PSA match.

The event continues tomorrow with the remaining first round matches in the men's and women's draws.