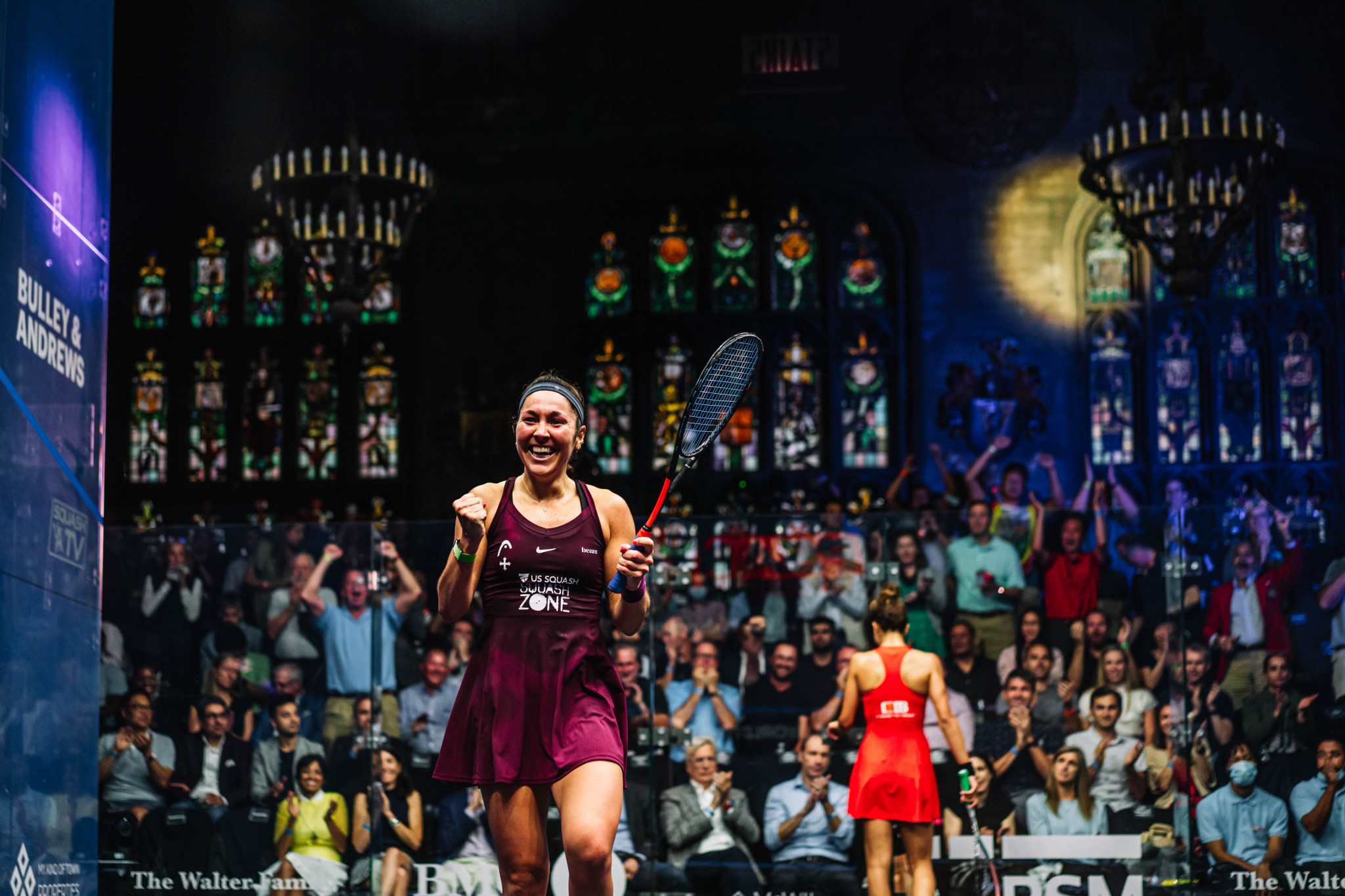 Amanda Sobhy made history on home soil by becoming the first American-born player to reach the semi-finals of the Professional Squash Association World Championships.

The fifth seed harnessed the energy of her home crowd at the University of Chicago's Cathedral Hall to knock out Egypt's fourth seed Hania El Hammamy in straight games.

"I tried to stay really focussed because she is phenomenal in the big points.

"I knew she would be really good on those big points so I had to be better.

"I tried as much as I could to step up, stay confident, stay aggressive in those points, keep pushing the pace and once I won that final shot, all the emotion came out of me.

"I am very pleased."

Sobhy will meet Egypt's Nour El Sherbini in the last four, the reigning world champion and world number one.

The top seed, who is looking for a fifth world title in as many editions, booked her passage to the semi-finals by beating England's sixth seed Sarah-Jane Perry 11-6, 12-10, 11-2.

In the men's draw, defending champion Tarek Momen reached the last four after coming from behind to beat Egyptian compatriot Marwan ElShorbagy 4-11, 11-8, 11-5, 13-11.

"It was a rollercoaster type match," said Momen, the third seed who beat a player seeded two places below him.

"I started the first two or three points really well but I was so confident in my short game that I decided to only play to the front which didn't work against Marwan.

"He just took a step in front of me and won 11 straight points."

The remaining quarter-final matches will be played tomorrow.