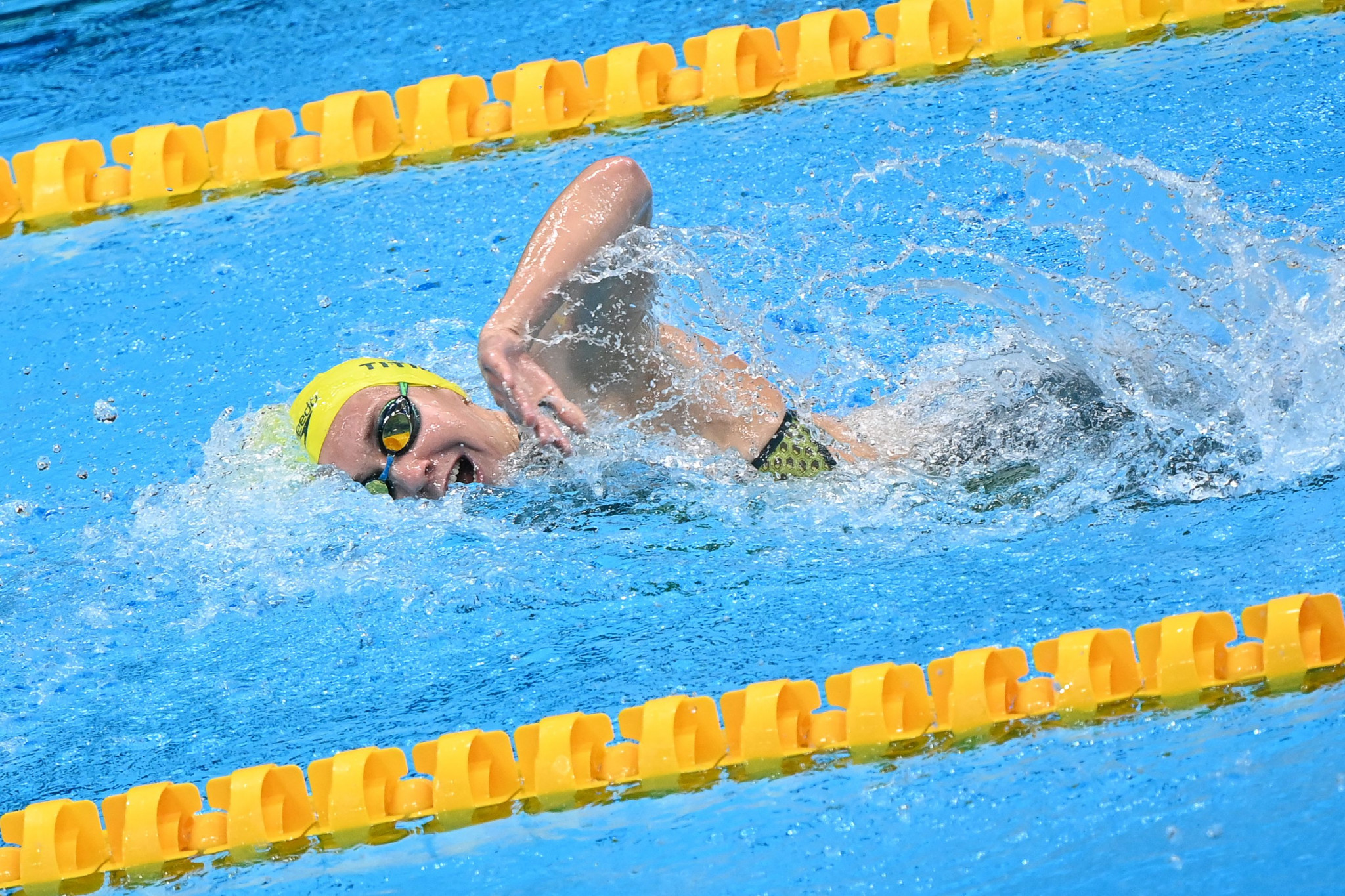 Australia's Titmus added the women's 200 metres freestyle title to the 400m free gold she won two days ago - which had sparked manic celebrations from her coach Dean Boxall.

Her first victory saw her dramatically pip American great Ledecky - who was also in today's final and hoping to win two golds in a single session.

Titmus produced a superb swim to win in 1min 53.50sec - an Olympic record.

Ledecky was never in contention, finishing fifth, but she did have the consolation of winning the women's 1500m freestyle title later.

Hong Kong's Siobhan Haughey had led at the final turn but had to settle for silver in 1:53.92 as Titmus powered past her.

"That was a hell of a tough one.

"I knew Siobhan really wanted this.

"I could tell by the way that she swam yesterday morning, so I knew it would be tough to beat her."

Yui won the women's 200m individual medley for hosts Japan after winning the 400m IM title on the opening morning of swimming finals.

A number of swimmers were in contention when approaching the wall but it was the home star who touched first after an excellent effort from lane two.

Dean led a British 1-2 with Duncan Scott in the men's 200m freestyle yesterday and both medallists contributed as Britain won the 4×200m freestyle relay.

It was Dean who swum the opening leg, but a strong effort from Kieran Smith of the US gave the Americans the lead at the first changeover.

James Guy took the second leg for Britain and it was neck and neck with the Americans before 18-year-old Matthew Richards opened up some daylight as US swimmer Zach Apple slipped back.

Scott then brought the gold home with the fifth fastest relay split in history.

The winning time was 6:58.58 as the US, who won this title at the last four Games, faded and slipped to fourth.

Ledecky won her sixth Olympic gold after leading the women's 1500m freestyle - an event being contested at the Games for the first time - from start to finish.

Her qualifying time had been six seconds quicker than anyone else and the result was never in question as she touched home in 15:37.34.

"It means a lot," Ledecky, who swam for more than a mile in the session, said.

"People maybe feel bad that I'm not winning everything, but I want people to be more concerned about other things in the world.

There was a first Olympic title for Hungary's world champion and world record holder Kristof Milak, who triumphed in the men's 200m butterfly despite his suit ripping shortly before the race.

He clocked 1:51.25 in a convincing victory which bettered the Olympic record of Michael Phelps.

South Africa's Chad le Clos, the London 2012 champion in this discipline, was in contention but faded to fifth.

"My suit tore 10 minutes before the start of the race, just before entering the call room," Milak said.

"At that moment I knew that the world record was gone, because I was totally off focus.

"When that happens to a swimmer, it could be the goggles, or the suit, but just prior to a race, it can destroy your focus, absolutely.

"It was on my face and it was no longer that easy to do what I wanted to do."