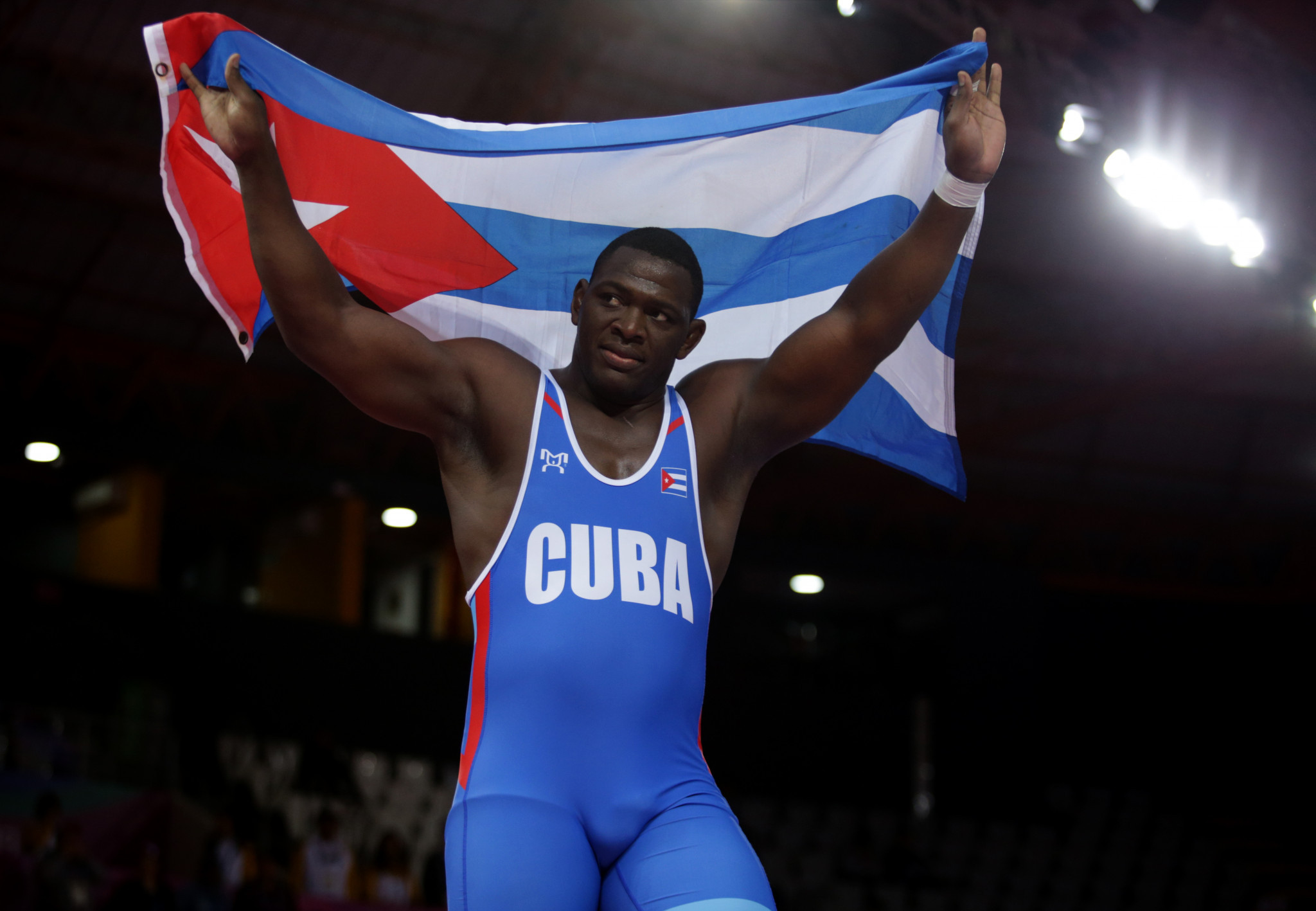 Cuban Mijaín López will hope for a place in history at Tokyo 2020 by becoming the first male wrestler to win four Olympic gold medals.

The 38-year-old would match the record of Japanese women's great Kaori Icho if he is successful here in the men's 130 kilograms Greco-Roman division.

López, looking to add to his Beijing 2008, London 2012 and Rio 2016 gold medals, will be a star attraction on the opening day of Tokyo 2020 wrestling at Makuhari Messe tomorrow.

He is on the same side of the draw as Turkey's Rio 2016 silver medallist Riza Kayaalp, meaning the pair are on collision course to meet in the semi-finals.

The Cuban will start his campaign against Alin Alexuc Ciurariu of Romania.

Eighteen gold medals will be won in wrestling at Tokyo 2020, across the Greco-Roman, freestyle and women's categories.

Eleven champions from Rio 2016 return to defend their titles in all, with Japan expected to be strong on home mats.

Sara Dosho is bidding to retain her 68kg women's title for the host nation, while team-mate Risako Kawai will look to keep hold of the women's 57kg crown.

Iran's Hassan Yazdanicharati could become only the third Iranian athlete to win two Olympic gold medals in any sport in the 86kg freestyle division, while Abdulrashid Sadulaev will defend his 97kg freestyle gold for the ROC.

Americans Kyle Snyder and Helen Maroulis return in the men's 97kg freestyle and women's 57kg respectively after wins in Rio, while Cuba will hope Ismael Molina can win again in the 67kg Greco-Roman.

Turkey's Taha Akgul will aim to be a two-time Olympic gold medallist in the 125kg freestyle, with Canada's Erica Wiebe looking to defend her 76kg women's title.

In the 97kg Greco-Roman, Artur Aleksanyan of Armenia is the returning champion.

Medals will then be awarded over the next six days.